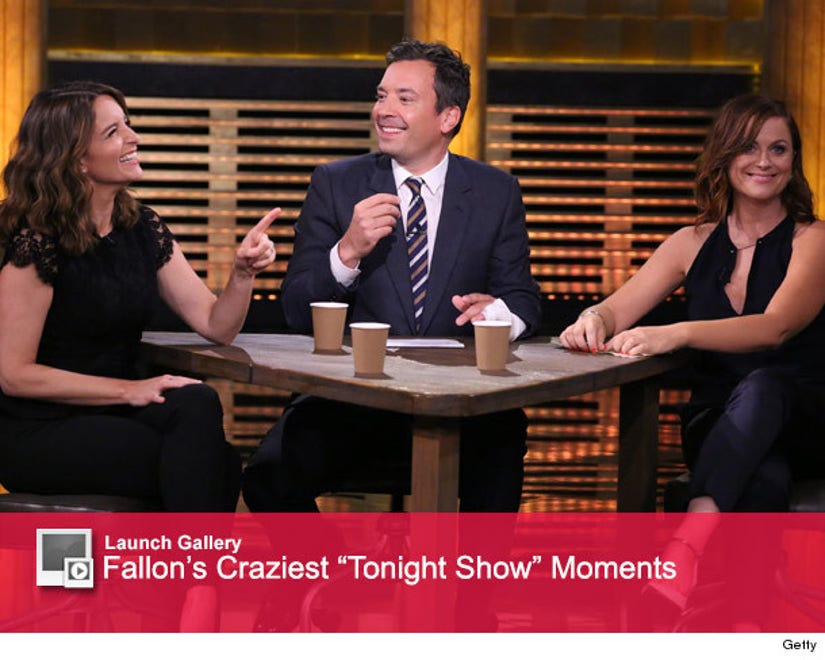 Tina Fey and Amy Poehler may be best friends, but they don't know everything about each other!

The "Saturday Night Live" alums reunited on "The Tonight Show" on Tuesday, where Jimmy Fallon put their friendship to the test by playing a hilarious game of "True Confessions."

"In front of each of us are two envelopes containing confessions. In one of the envelopes is something that actually happened to us in real life and in the second envelope is a lie," the late night host explained. "Once you've read your confession, the other two people have 60 seconds to interrogate you and they have to guess whether or not you've been lying or telling the truth."

Tina went first. Her statement: "I was once mistaken for a prostitute in Monaco."

Fey described all the bizarre details, before she admitted that the story was true.

Jimmy went next, saying he and his college friend were "robbed by a drug dealer with a sawed-off shotgun" -- followed by Amy, who said she "helped Yoko Ono cross the street."

Which was true and which was false? Check out the video above!

After Tina and Amy revealed their secrets, they debuted the first trailer for their upcoming movie, "Sisters."

In the funny flick, the longtime pals play a pair of disconnected sisters who return home to clean out their childhood bedroom before their parents sell the family house. Looking to recapture their glory days, they throw one final high-school-style party for their classmates, which turns into the bash that a bunch of ground-down adults really need.

Don't miss the trailer above -- we can't wait to see them reunite on the big screen on December 18!