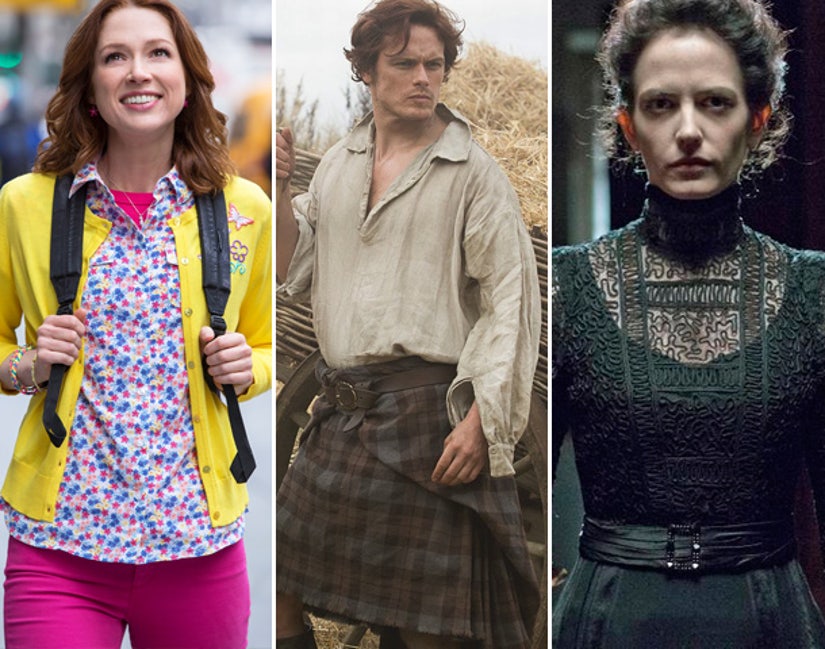 There's not enough room for everyone on Emmy nomination morning.

While we're doing a Clone Club dance over the fact Tatiana Maslany finally got recognized this year for her work on "Orphan Black," there are a few omissions that still hurt.

We're counting down the 10 Biggest Snubs below. Check out the full list of nominees right here!

But Ellie Kemper, who plays the title character on the Netflix show, was left out in the cold.

The show was all anyone could talk about when it was airing, but it only managed to get three nominations this morning.

The series itself was shut out of the Outstanding Drama category, and star Terrence Howard wasn't recognized for his work as Lucious Lyon.

The "Jane the Virgin" star won the Golden Globe last year for her role on the CW show, so to see her not make the cut today was particularly surprising.

Series star Julianna Margulies won the Emmy last year for her work on the series -- so, like Gina, her absence was shocking.

The series itself was also left off the Outstanding Drama list. Ouch!

The series has been largely ignored by Emmy voters, with the once again show failing to get an Outstanding Drama nod or nominations for stars Keri Russell and Matthew Rhys.

Someone over there loves Margo Martindale though, as she picked up her third nomination for her work as Claudia.

Fans go crazy for this show every year ... and every year it gets snubbed.

Many thought maybe voters would throw the show a bone after its epic final season, but once again it only garnered a few technical nominations.

Both Sam Heughan and Caitriona Balfe did an amazing job grounding their characters in reality on the time traveling Starz series.

This was only the series' first season though, so maybe voters will finally catch on once next year's nominations roll around!

"Penny Dreadful" is full of great actors, but none command the screen more than Eva Green.

From emotionally scared scenes to devilishly scary ones, Green is a powerful performer -- and one that we feel deserves some major recognition.

With "American Horror Story" doing so well, it's clear voters are tapped into the genre ... now it's just time for them to check out another show!

The show has been nominated for Outstanding Comedy Series the past four years, so to see it not making the cut today was a bit of a shock.

Jim Parsons has also been a regular nominee -- and has won for his work as Sheldon for the past two years. He, too, was kept off the list.

The new Showtime series won Best Drama at the Golden Globes, but didn't garner a single nomination from the Emmys.

In addition to the show getting locked out of the Outstanding Drama category, we were also shocked to see Ruth Wilson not get any love for her Golden Globe-winning work.

What do you think about this year's nominations? Sound off below!