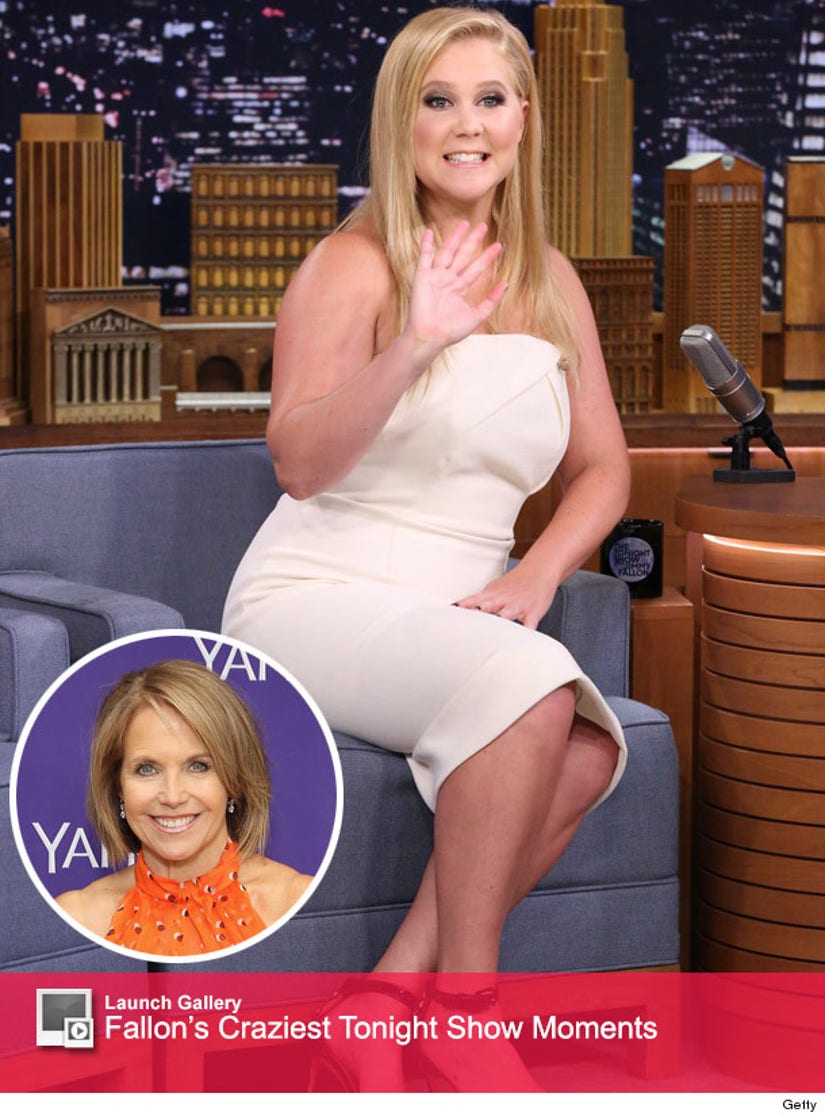 Don't let Amy Schumer get a hold of your cell phone!

The "Trainwreck" star stopped by "The Tonight Show" on Wednesday night, where she confessed to stealing Katie Couric's phone at the 2015 Glamour "Women of the Year" Awards and sending Couric's husband, John Molner, a very naughty text message.

"I didn't even think about it. It happened so fast!" she continued, getting big laughs from Fallon and the crowd. "I show Mindy [Kaling] and I go 'Look what happened.' " She's like, 'What do you mean what happened? You did that! You just did that!'"

Schumer says that Katie and her man left shortly after -- "And she's like 'I don't know why he wants to leave!"

Couric responded to the prank on Twitter, writing, "Note to self: Keep phone away from @amyschumer at all times. #epicprank #itspaybacktimesister."

Gotta love Katie for having a sense of humor, right?!