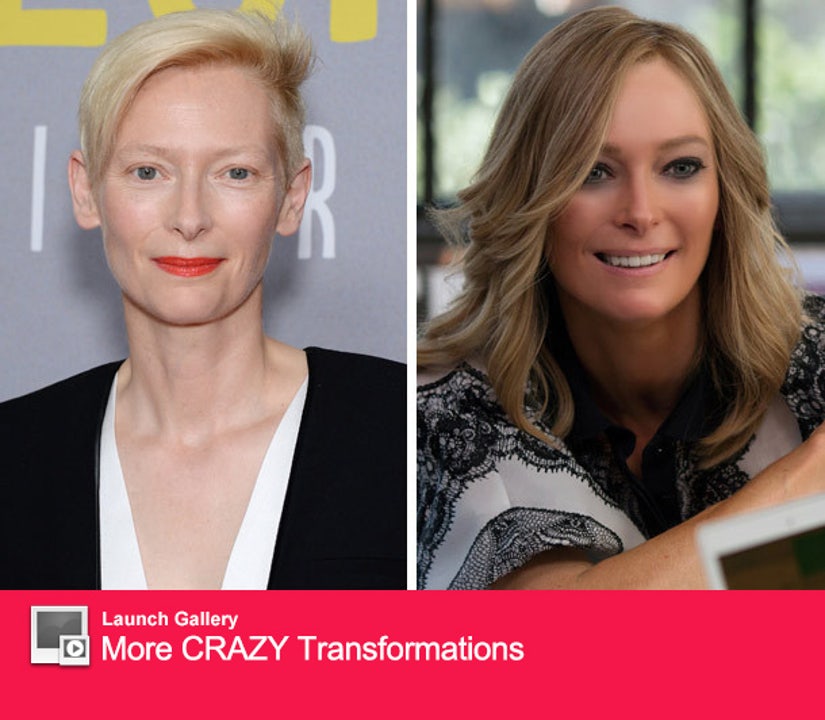 Now this is what we call a movie transformation!

Tilda Swinton stars in Amy Schumer's highly-anticipated comedy flick "Trainwreck" -- but we barely recognized her thanks to her makeover for the movie.

The Oscar-winning actress is known for more serious roles in movies like "Michael Clayton", "The Curious Case Of Benjamin Button" and the "Chronicles Of Narnia" series, but jumped headfirst into her latest comedic role.

"We started talking about this magazine, which is such an important character in the film," she told toofab's Candice Brock. "It's the place where Amy works and it's the sort of atmosphere of cynicism and numbness that she's swimming in when we first meet her. So Diana is the founder of this magazine and we needed to think about who would be this woman who actually started this magazine."

For the star, that meant ditching her trademark porcelain skin and ethereal blonde hair in favor of a deep spray tan, loads of makeup and a trendy lob.

"The first thing I thought of was that I should be a different color. That I would need this kind of Tandoori tan, which I still find amusing," she laughed. "I'm very sort of pathetic that way, I find it very amusing the idea of me having a tan. Then I figured that she might be basing her look on another kind of very role model of a magazine editor, who would be Carine Roitfeld."

And while her character ends up looking nothing like the former French Vogue editor, Tilda reveals that is exactly the whole point.

"She's kind of pitched herself at that because she thinks that's like the kind of alpha female magazine editor and that was it really," she continued. "That she would be dressed in Victoria Beckham because she kind of aspires to Victoria Beckham's aesthetic and is a train wreck, let's face it! But it's all done very scrupulously, she's trying to look as absolutely alpha as she can." 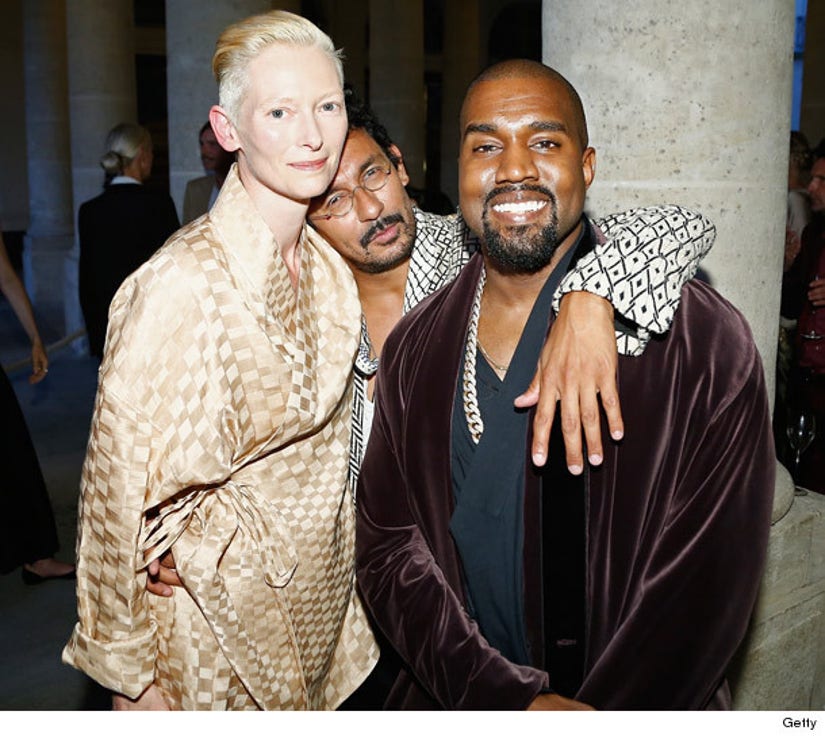 We also just had to ask Tilda about the photo above, where she's seen with Kanye West at a dinner during Paris Fashion Week. Are these two secret besties?!

"We're not friends remotely," she explained with a laugh. "It's a kind of 21st century friendship. If you're in the frame in a photograph these days people think you're friends. I was at a dinner for my friend Haider Ackerman, who I know Kanye knows also, and we met there and someone took a photograph of us. I can't claim anymore than that!"

What do you think of Tilda's dramatic movie makeover? Sound off below and be sure to catch "Trainwreck" when it hits theaters Friday July 17th!