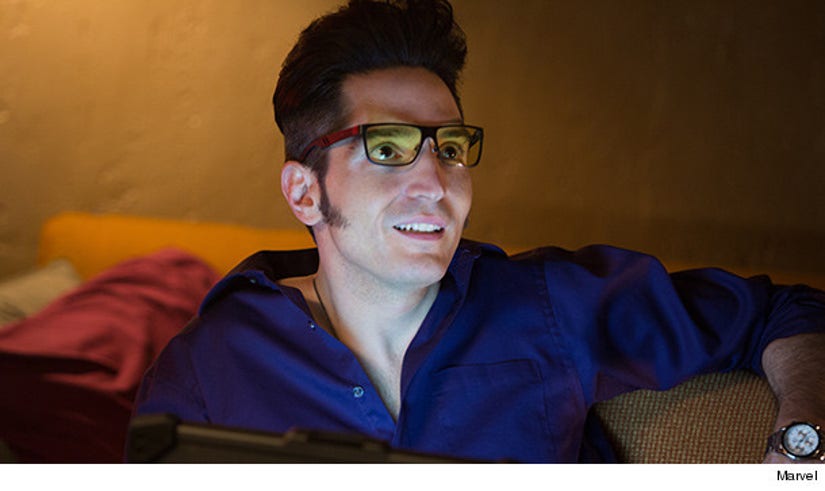 Marvel's "Ant-Man" finally allowed star David Dastmalchian to step away from his creepy film past ... and sing karaoke with Paul Rudd.

After playing a few disturbed gentlemen in both “The Dark Knight" and "Prisoners," the actor embraces humor in the new superhero flick.

"I love getting to embody [different] characters,” David tells toofab's Brian Particelli. “I love putting on the skin of people, especially people that are quite different than me."

And different is right.

In the action-packed film, David plays Kurt – one of the “good guys" who fights alongside the titular character in an attempt to keep the powers of Scott Lang's super-suit from the bad guys.

"Kurt is just kind of sardonic and he's over it and he's really just like 'life is bleh,'" David dishes about his dark character. In a Russian accent, David continues, "He's very Eastern European, very Russian. That's the philosophy and 'life is for crap.'" 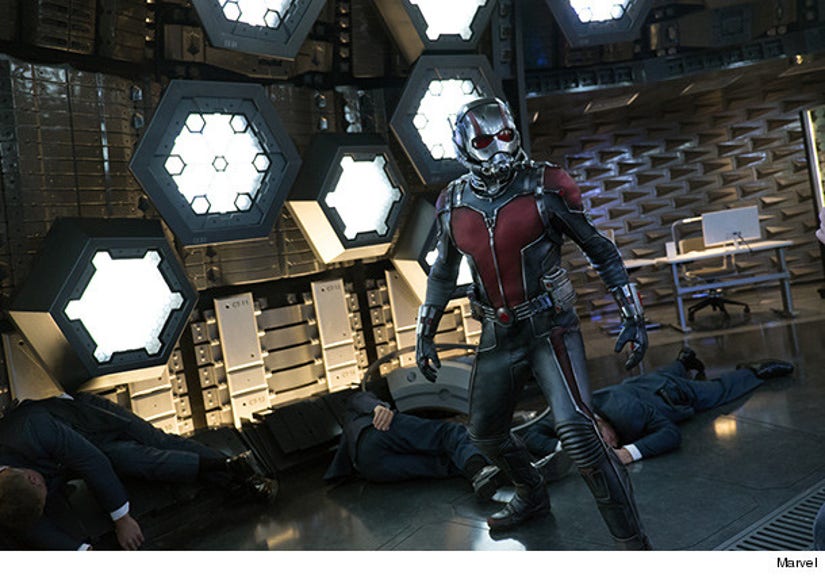 As a long-time fan of the comic-book world, Dastmalchian says his role as Kurt is one he's lucky to have landed ... and even luckier to have kept.

"I really worked hard to get to be a part of this," he says. "The opportunity to audition for the casting director came to me in January of 2014. And at that time, being a giant fan of comic books and a giant fan of what Marvel had done with their films, I was thrilled.”

But when the film's original director, Edgar Wright, left mid-casting, David was worried that he, too, would be replaced.

"The new director – Peyton [Reed] – came onto the film, and I just kept praying that he would see me as part of his vision," David tells toofab. "Ultimately, I got a phone call from my manager about two months after we were supposed to start filming saying, 'Okay, you're going to Atlanta for tests.' This is how weird I am as a person – I was so like insecure and I was so worried 'cause he said we were going for tests and I thought he meant I have to [screen] test again for Peyton. So I said, 'Okay! I'm ready! I got my whole character together.' And I went down there and what it was was tests like tech tests. I was in. Like I made the cut."

Possibly his most prized role yet, the "Animals" actor says he can't wait for his newborn son – and his mom – to see "Ant-Man."

"This is like the first thing I've done in a movie that I'm like, 'I'm gonna get to show [my son] when he's older,'" David gushes. “I mean, we watch the Muppets together right now and he doesn't have even words yet, but I'm just so proud to be a part of this. And my mom, for goodness sakes, she's been waiting for so long for me to play a role that she can actually like not have to hide her eyes during, you know?" 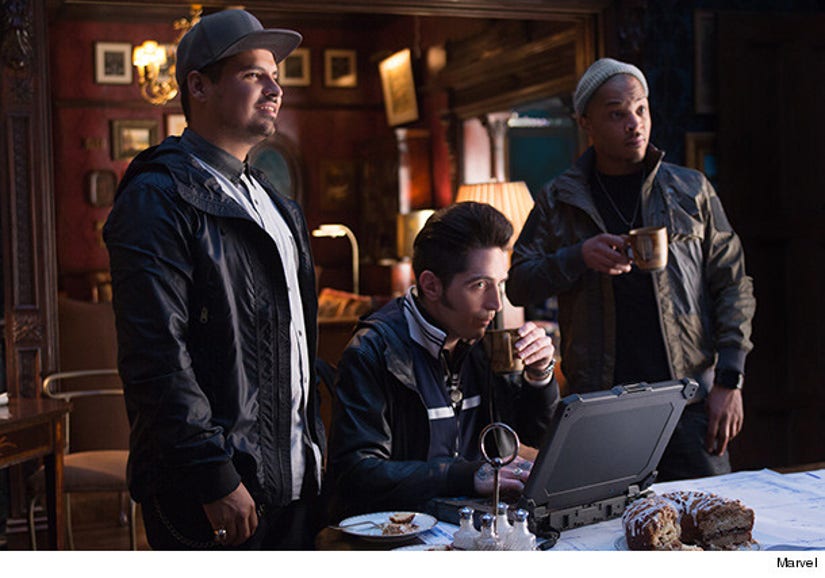 His mom isn't the only one who's feared some of his former roles, as David admits his creepier characters have affected people's perception of him as a person.

He tells toofab about one particular experience he had while filming "The Belko Experiment" in Bogotá, Colombia below:

"James [Gunn] and I were having breakfast the other morning with my scene partner in the movie, and there was an actress from Colombia who was at breakfast," he recalled. "I sat down and she literally got so scared that she almost started tearing up. And James is a bit of a sadist. He was cracking up. He was dying laughing. He thought it was the funniest thing he had ever seen. And she kept saying to me like, 'Don't look at me like this! Don't look at me like this!' And I was like, 'I'm just drinking coffee…that's just my resting face.'" 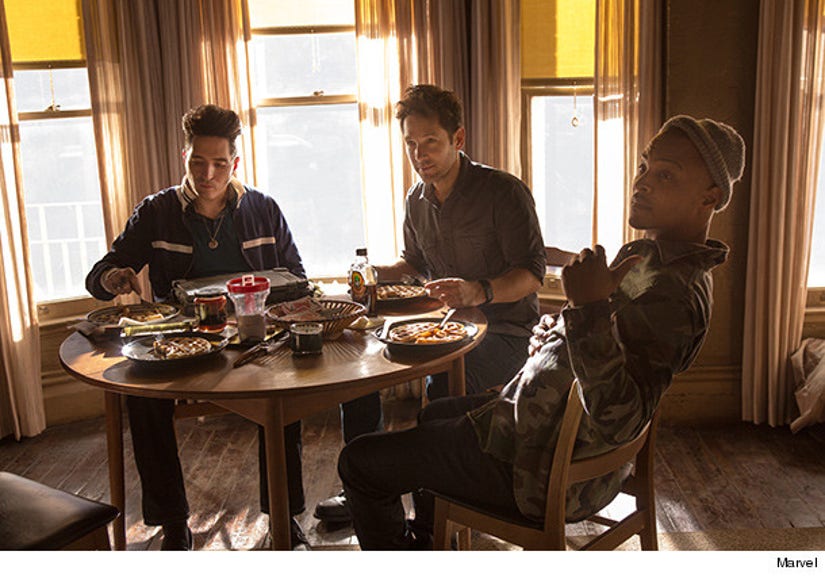 Trust us, the real life David is far from scary. In fact, he and his fellow "Ant-Man" costars enjoyed their time off-set by hanging out and singing karaoke. He describes Rudd as "the godfather of the karaoke machine who loves the '80s hits."

"He can ramble Duran Duran, The Bangles, you name it," David says of Paul.

And as fun as it was being off-set with his costars, Dastmalchian says being on-set was just as memorable.

"From the instant I showed up, [they] made me feel like their crew. Thank goodness it was such a warm, friendly group of people,” he adds. "One of the producers said, 'You gotta bring your wife and your son to set one night,' and I got to bring my little boy and my wife to set. It was one of the big nights and this producer was showing my wife and I around, and it was one of the greatest nights of my life. I got to be in there and hold my little boy on the set of this incredible Marvel universe set with all these new friends that I had made, and I just looked at my wife and I was like, 'Is this our life?' You know, it's like, 'Oh, here comes Evangeline Lilly coming to give you a hug.' And this boss from Marvel comes over and says 'Hi' and you're just like, 'Wow, man, this is amazing.'

"Ant-Man" is in theaters now.