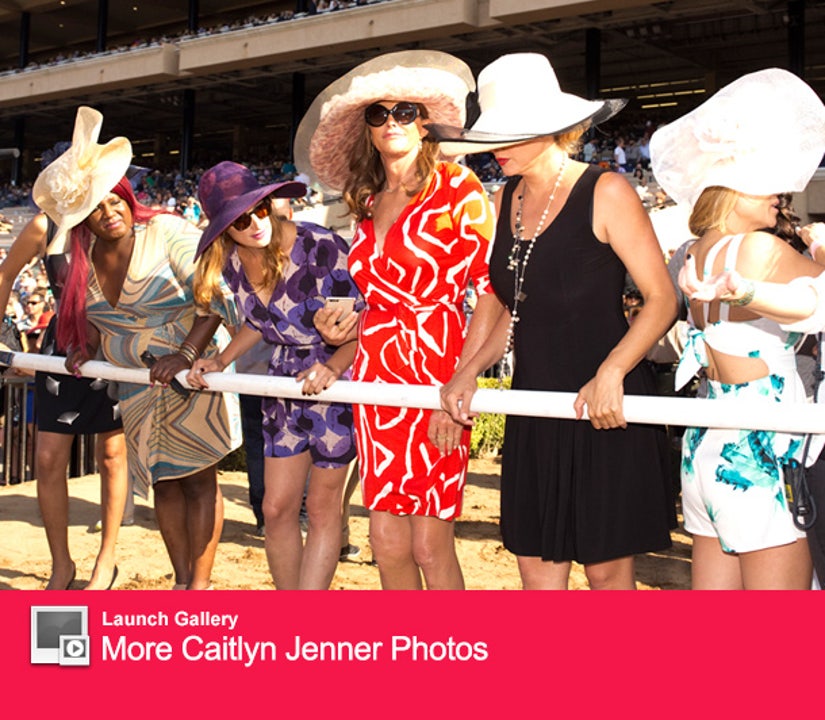 It's off to the races for Caitlyn Jenner.

Following her big appearance at the ESPYs on Wednesday night, Jenner attended Opening Day of the Del Mar Racetrack in San Diego on Thursday with a group of her gal pals.

Sporting a red and white $468 silk wrap dress from DVF, an oversized hat and sunnies and a smile on her face, Caitlyn was seen watching the races and placing some bets at the track. Check out more photos from her day out in the gallery above.

It looks like the group -- which included Candis Cayne -- was filming scenes for her upcoming E! reality series, "I Am Cait." 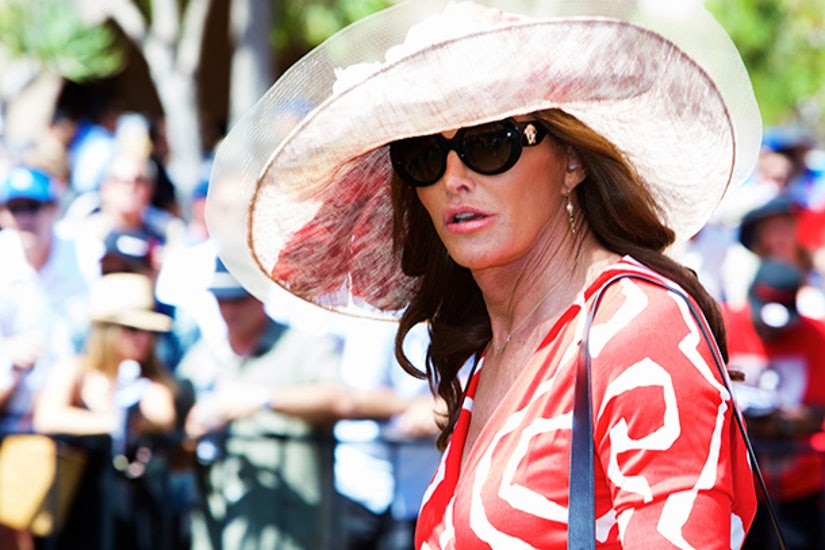 The sighting comes after Jenner made an emotional speech about the transgender community while accepting her Arthur Ashe Award.

"It's been eye-opening, inspiring, but also frightening," she said of coming out as trans. "All across this country, right now, all across the world, at this very moment, there are young people coming to terms with being transgender. They're learning that they're different, and they are trying to figure out how to handle that, on top of every other problem that a teenager has."

"Trans people deserve something vital: They deserve your respect,” Jenner added. “If you want to call me names, make jokes, doubt my intentions, go ahead, because the reality is, I can take it. But for the thousands of kids out there, coming to terms with being true to who they are, they shouldn't have to take it."

She also joked about her style, saying "You got to get the shoes, the hair, the makeup, the whole process. It was exhausting. And next, the fashion police — please be kind on me. I'm new at this!"

We gotta say, she's doing a very great job so far. Check out some of her stylish moments in the gallery above.