Cara Delevingne is a woman of many talents!

The model appeared on "The Tonight Show Starring Jimmy Fallon" to promote her new movie "Paper Towns" on Thursday, where she also showed off her surprising beatboxing skills.

The 22-year-old beauty's resume is pretty impressive already -- she's one of the top models in the biz, an up-and-coming actress and can apparently add musician to her list of credits too.

In the clip above, Tariq Trotter of The Roots also raps over Delevingne's beat. How great would a real collaboration with these two be?!

Cara made headlines earlier this week when she addressed her Vogue U.K cover story -- where she got extremely candid about her relationship with singer St. Vincet in the interview.

"Her parents seem to think girls are just a phase for Cara, and they may be correct. 'Women are what completely inspire me, and they have also been my downfall. I have only been hurt by women, my mother first of all,'" writer Rob Haskell wrote in the feature story ... seemingly agreeing with Delevingne's parents about her sexuality.

"My sexuality is not a phase," Cara told the New York Times in response to the backlash, adding, "I am who I am." 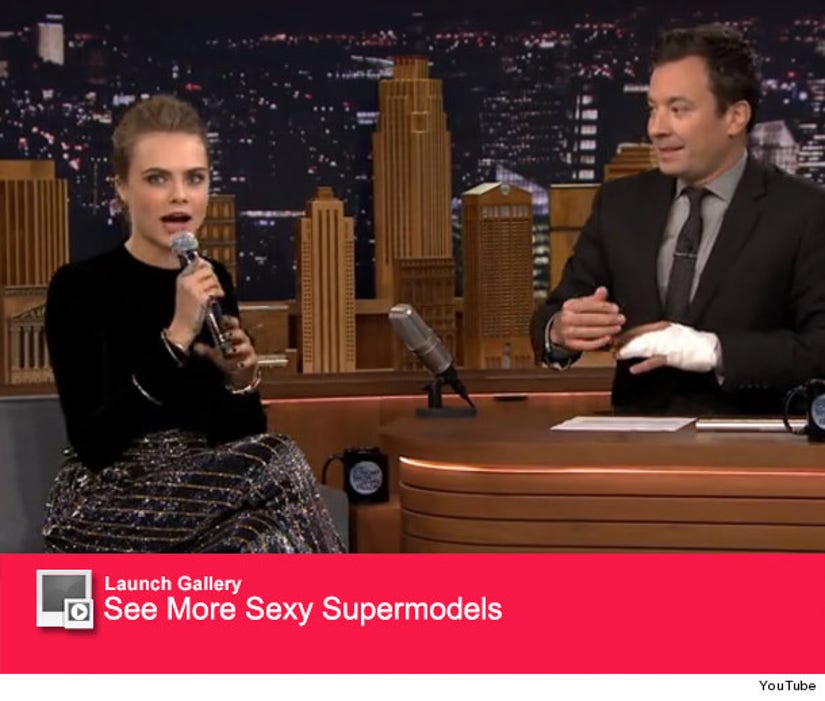 What do you think about Delevingne's beatboxing skills? Sound off below and check out the gallery above to see even more sexy supermodels!