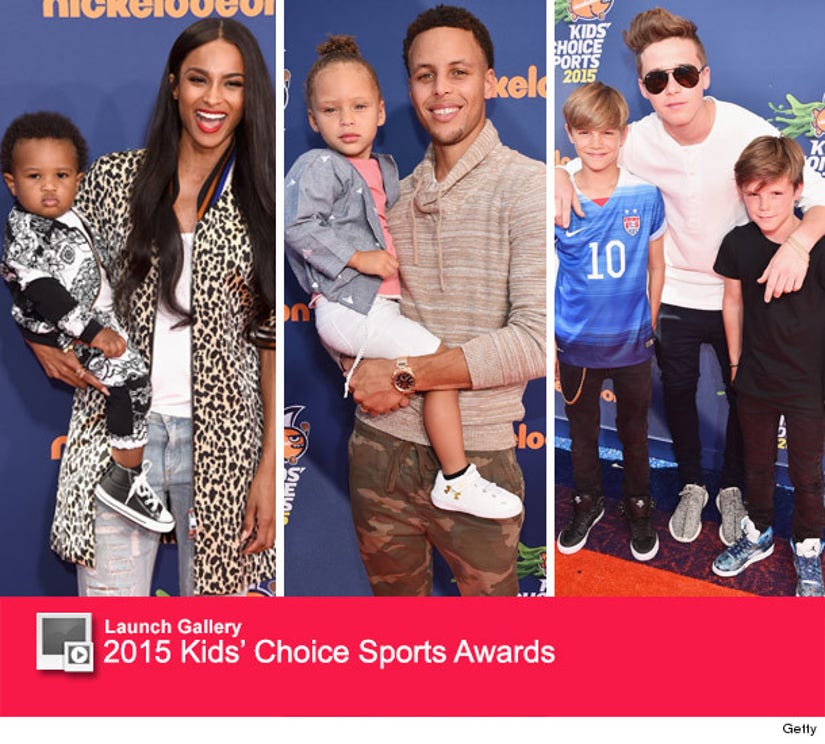 Ciara had an adorable date at the Nickelodeon Kids' Choice Sports Awards on Thursday night in Los Angeles ... her son!

The sexy singer hit the red carpet with her 1-year-old son, Future, where she covered him in kisses and they posed for pictures.

The 29-year-old star looked gorgeous in distressed denim, a white tank and a cheetah coat as her little one sported a black-and-white track suit and black Converse sneakers.

Ciara was on hand to support her boyfriend, Russell Wilson, who hosted the family-friendly event.

The NFL player has been under fire from Ciara's ex, Future, after photos surfaced of him pushing Future Jr. in a stroller.

"Of course I wouldn't want anyone to push my son. That's like the number one rule," the rapper said during an interview on Power 105.1's The Breakfast Club. "If I was a kid, and my mom had a dude pushing me, I would've jumped out the stroller and slapped the sh*t out of him." 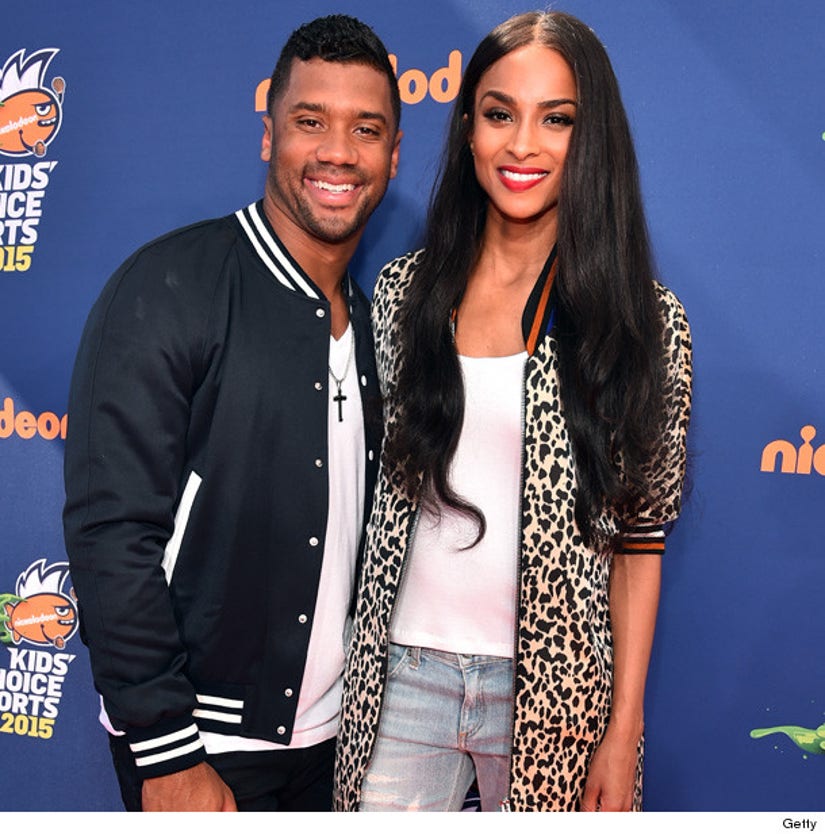 "You never do that in our community. You don't even bring a man around your son," he added. "You only know this dude for a few months and you're bringing him around your kid? Who does that? Nobody does that."

Future and Ciara were engaged from October 2013 to August 2014. They split just six months after baby Future was born in May.

Check out the gallery above to see more pics of Ciara and little Future, as well as more stars at the Nickelodeon Kids' Choice Sports Awards, including Steph Curry and Riley and the Beckham brothers!