Now this is one sexy comeback!

In the black-and-white clip, the duo strike a number of seductive poses while dancing under a backdrop of ominous clouds and lightning. As usual, Aubrey is nearly-naked.

The techno track is definitely a huge departure from the ladies' sound when they were in the all girl group. Fans who pre-order the group's upcoming self-titled album -- which is currently #1 on the iTunes Dance Chart -- will receive 5 "instant gratification tracks" before its September release.

Aubrey and Shannon first met in 2005 on Diddy's "Making the Band," which led to the formation of Danity Kane with Wanita Woodget, Dawn Richards and Aundrea Fimbres.

The group broke up in 2009 after releasing hit singles like "Show Stopper" and "Damaged" ... only to briefly reconcile in 2014 and drop their third album. Shortly after reuniting, Bex and O'Day said goodbye to the ladies to start their new venture.

We're excited to hear even more new music from these two stunners -- what do you think of their new single and music video? Sound off below and check out the gallery above to see more pop stars then and now! 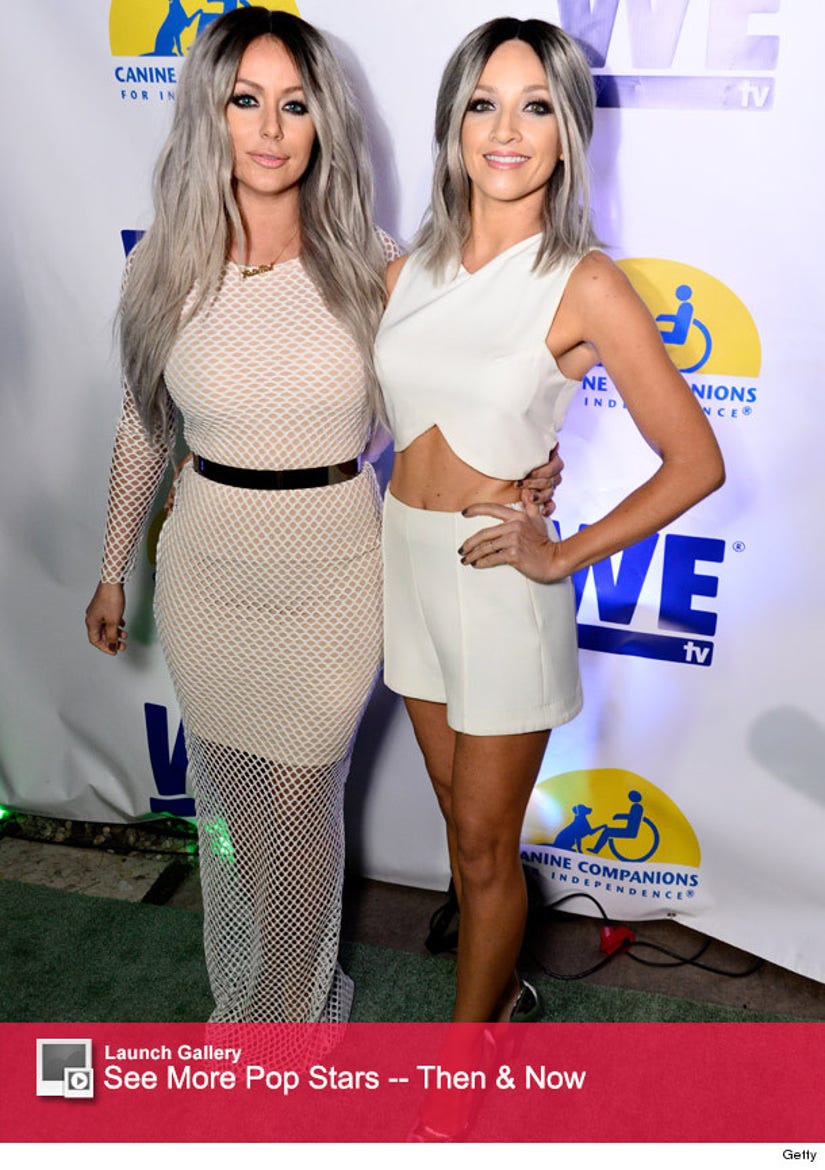