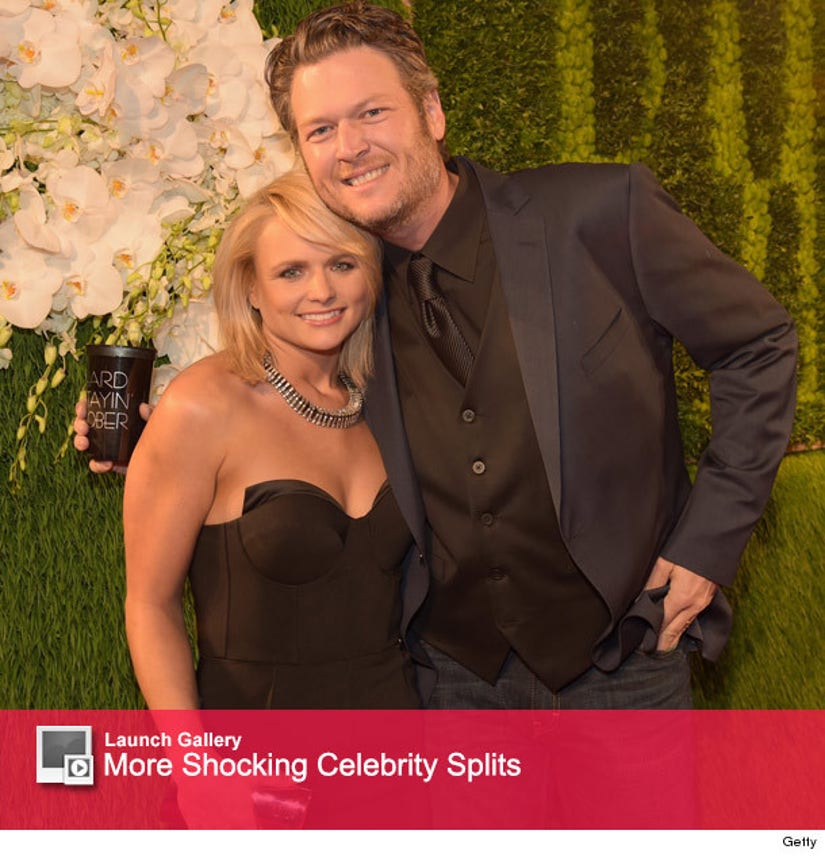 It's over for Blake Shelton and Miranda Lambert.

One of country music's favorite couples announced their divorce on Monday, after the news broke on TMZ.

The duo, who tied the knot on May 14, 2011, confirmed the split with a joint statement.

"This is not the future we envisioned," their reps said. "And it is with heavy hearts that we move forward separately. We are real people, with real lives, with real families, friends and colleagues. Therefore, we kindly ask for privacy and compassion concerning this very personal matter."

The couple was plagued with tabloid rumors about a split for some time now ... but, when we got Blake on the red carpet back in December, he told us "I still can't believe that she married me, it blows me away. She's stunning."

According to TMZ, the financial arrangements have already been worked out ... and yes, they had a prenup.

Blake will reportedly get the ranch in Oklahoma, while Miranda will live in their Nashville home. Lambert has already been moving her show animals off the ranch.