It was the weekend of swimsuits!

The 42-year-old mother of four slipped into a risque crocheted number, showing off her slim waist and ample cleavage as she posed for photos by the pool over the weekend.

If the swimsuit looks familiar, that's because Tori has actually worn it before.

The former "Beverly Hills, 90210" star did a similar photoshoot back in 2012, where she proudly put her growing baby bump on display in the same beachwear.

The barely-there ensemble stretched with her belly, as she was seen posing with husband Dean McDermott and daughter Stella. She was pregnant with Hattie at the time.

Over the weekend, Tori and Dean also had some family time with all of their children, attending a tattoo and body art festival with some friends in Pomona.

The kids all looked like they had a blast at the event, even getting some fake tattoos while there -- just like their inked-up daddy! 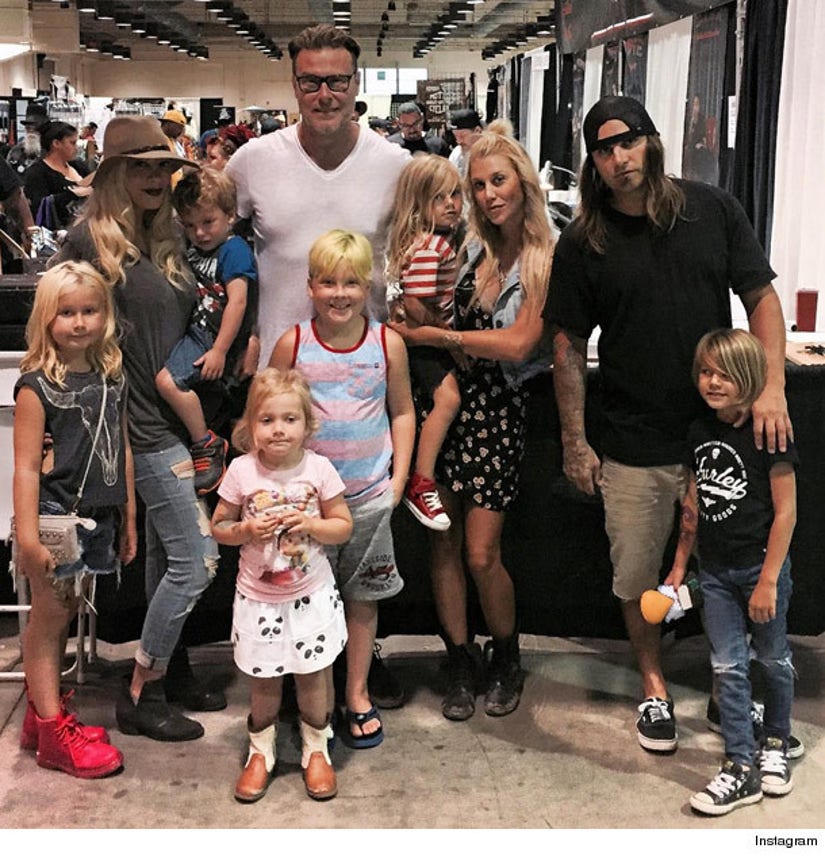