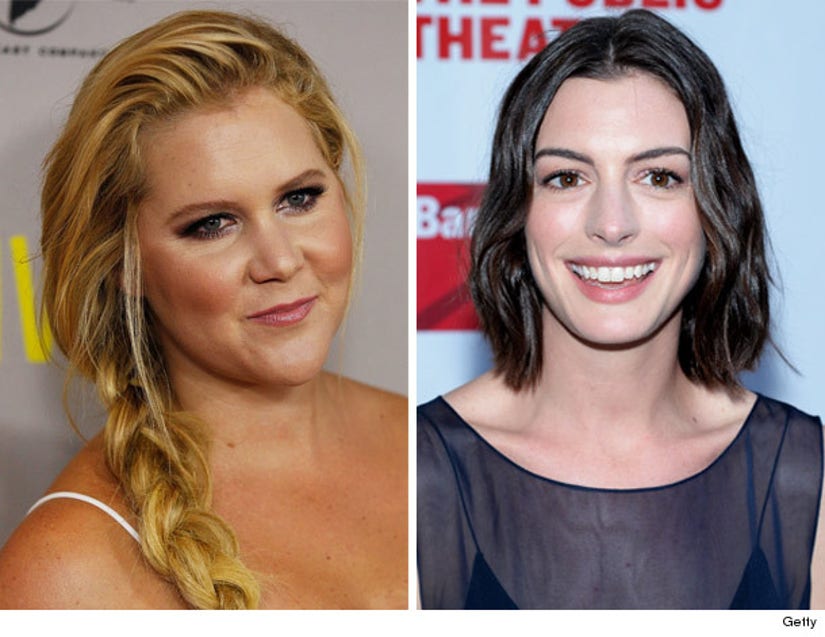 Anne Hathaway's got a great sense of humor!

The Oscar winning actress poked fun at herself on Monday after taking a trip to the movie theater to see Amy Schumer's new movie "Trainwreck".

The 32-year-old took to Instagram and shared a photo of her ticket stub from the movie, along with a special message to the comedienne.

"Dear @AmySchumer, Don't pretend like when you win your Oscar- which you could for your brilliant and refreshing writing and/or acting in @TrainwreckMovie- you won't tote it around to every Oscar party you go to. Way to slay, Annie," she captioned the photo.

In the movie, the "Inside Amy Schumer" host makes the "Interstellar" star the butt of a joke during a scene where Bill Hader's character is accepting an award. The star teases her onscreen boyfriend, saying he's acting like "Anne Hathaway on Oscar night."

The joke was in reference to the 2012 Academy Awards, where Anne nabbed the Best Supporting Actress statue for her role in "Les Miserables."

What do you think of the star's silly post? Sound off below then click "Launch Gallery" for more