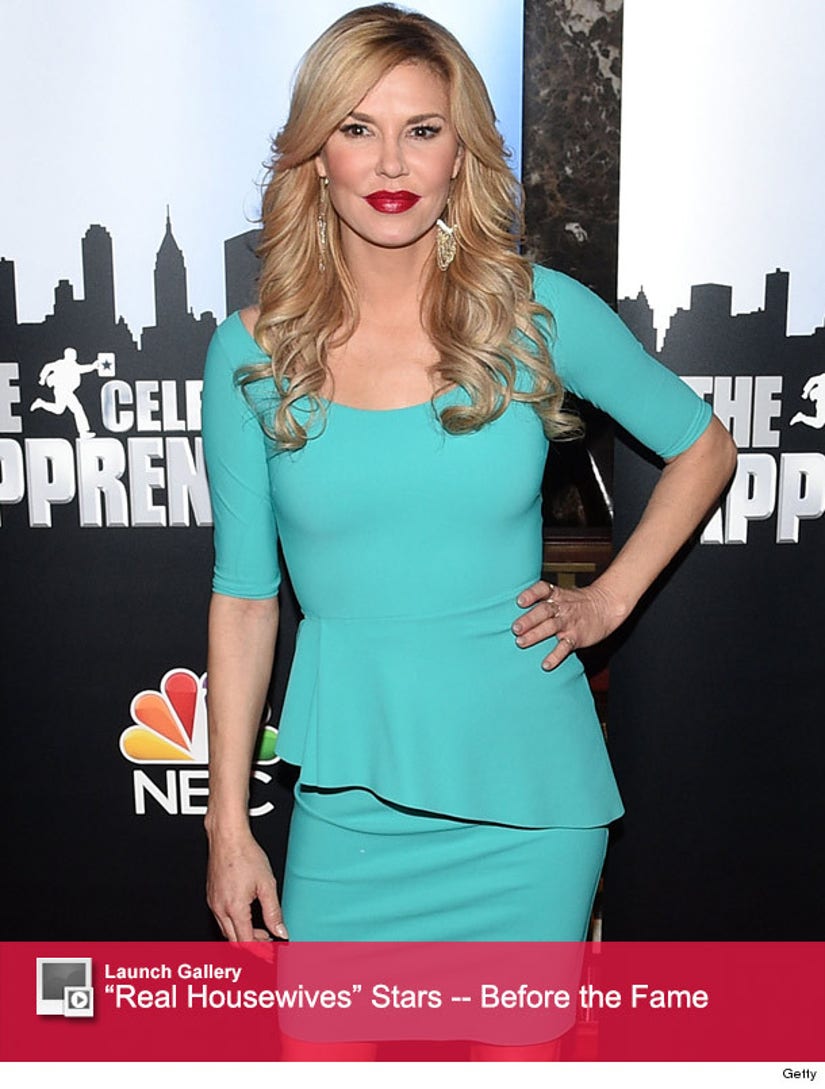 Brandi Glanville's getting extremely candid about her reality TV career!

While the "Real Housewives of Beverly Hills" star said that she would not be returning to the show back in June, Brandi's now revealing that she might make a few cameos on the new season.

"Yes, they've asked me to leave the door open," she tells Wonderwall. "Bravo was my home and they saved my life. I would never say no, I'm not coming back 100%. It was a mutual decision. It wasn't like okay bye. I didn't want to do it but at the same time with Kim [Richards] not doing it and Yolanda [Foster] being ill and not doing it as much, I really don't like the other women. I feel like I'm going through a breakup but I feel clean, fresh and clean."

One of the reasons Glanville decided not to return full-time to the hit Bravo series is because she was portrayed as the villain.

"I was doing everything for the sake of making good TV whether I was going to be loved of hated. Because I, unlike the other women, needed the j-o-b. They're rich anyway. I was there and if something needed to happen I was like 'Okay we don't have a show, what can I do.' Throwing wine, I can't really explain it," she tells the site. "People ask why'd you do it and I was like I don't know. I guess. I don't know. Otherwise we were having a perfectly lovely dinner. I was like 'this is not good TV.' When you get your hair and makeup done for dinner, you want to make a splash."

The mother-of-two also says that she's a lot more happy now that she has left the show. "I mean I'm cutting back on my antidepressants. I wake up with a smile. There's a stress that goes with it. I don't have that anymore. My days are happy and carefree. I talk to Yolanda and she's like 'Oh, it's so stressful.' and I'm like 'I know,'" she reveals.

Brandi also has some advice when it comes to using her signature move. "I would say if it was on housewives, I would just go get some cheap wine and toss it," she says.

It also sounds like the "Drinking and Tweeting" author is going a different direction with her third book. "It kind of pokes fun at the reality space a little bit because that's what I do," she confesses.

We really hope to see Brandi on the new season of the "Real Housewives of Beverly Hills" -- what do you think about her candid comments? Sound off below and check out the gallery above to see more "Housewives" stars then and now!