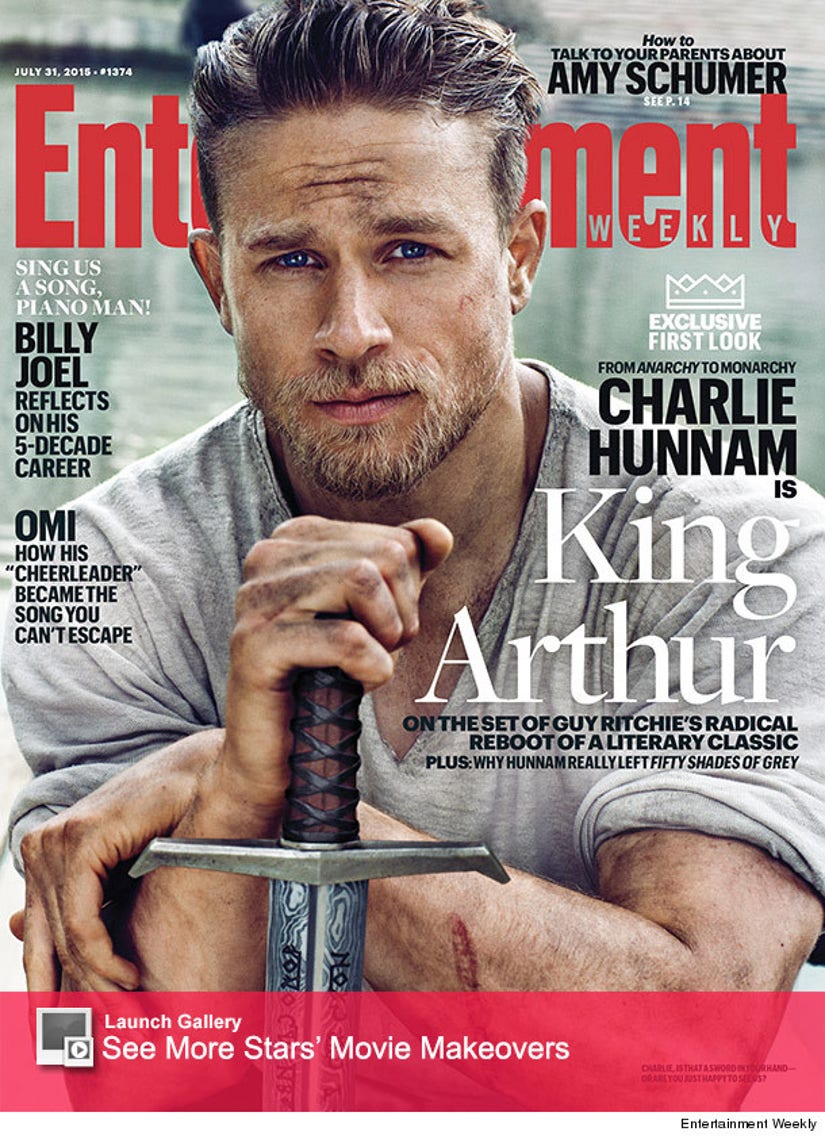 Fans are used to seeing Charlie Hunnam play gritty motorcycle gang president Jax Taylor in "Sons of Anarchy," but now, he's transforming, once again, into a medieval king in "Knights of the Roundtable: King Arthur."

Entertainment Weekly is giving us our first look at the hunky leading man as King Arthur in Guy Richie's retelling of the classic tale -- and we're loving his movie makeover.

Richie explains that he's giving his King an update, telling the mag, "I think where the pitfall has often been is trying to make King Arthur bland and nice, and nice and bland. The two qualities make rather compatible bed companions. Unfortunately, they're not interesting to watch."

"Luke Skywalker was always the most uninteresting character in Star Wars because he's the good guy," he continues. "Good guys are boring."

Hunnam knows a thing or two about playing the bad guy, which is something that drew him to the role. "He's a little bit rough around the edges, but he's basically a survivor. He's a hustler," Charlie says of his character. "He's a street kid. There's definitely a harder edge to him than people would imagine. It's sort of classic Guy Ritchie stuff."

"Knights of the Roundtable: King Arthur" opens in the summer of 2016 -- are you ready?!