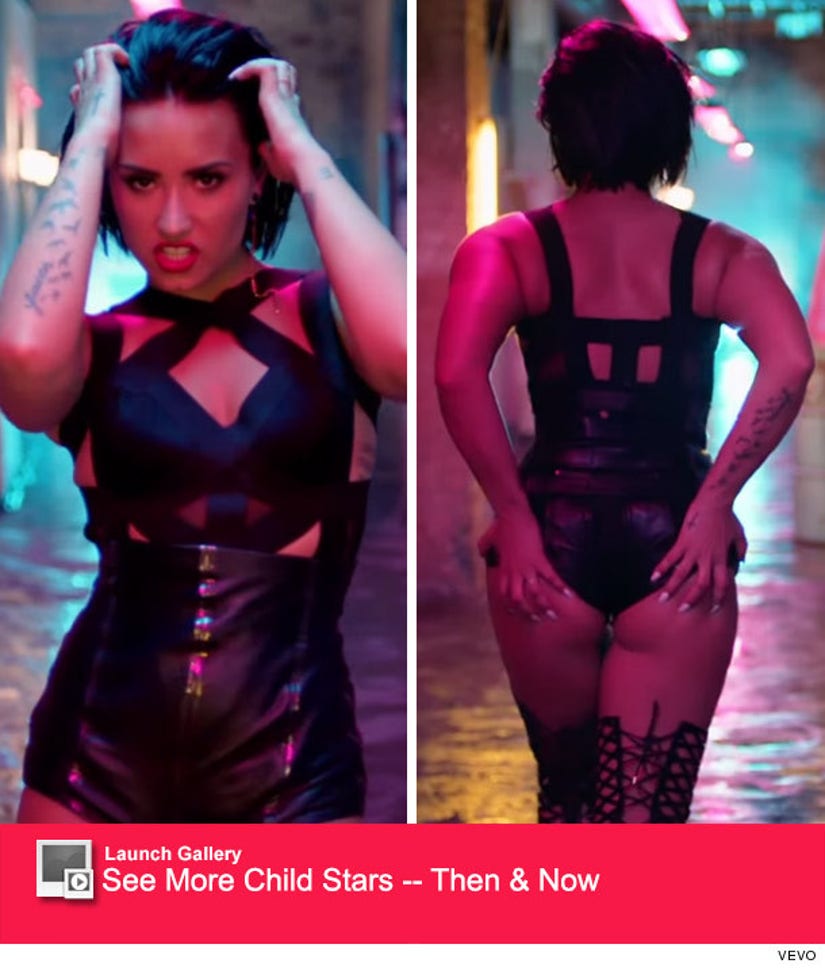 Sexy spandex, girl-on-girl action and a "taste of a cherry" -- this is Demi Lovato like you've never seen her before!

The 22-year-old singer just released the steamy music video for her latest track, "Cool for the Summer," and she is definitely showing off her sultry side.

In the clip, the brunette bombshell flaunts her curves in a series of skimpy outfits as she writhes on top of her bed and hits the party circuit.

"It's basically going to be your song of the summer," Demi said during an interview on "On Air with Ryan Seacrest" Wednesday. “It's very fun, it's definitely more provocative. I just think the more you listen to it, the more things it can mean."

While Lovato usually caters to her younger fans, she stepping out of the box with her new music.

"It's like I've spent so long just kind of people-pleasing, making everybody happy with being the best role model I can be," she admitted. "At the end of the day, yes, I am outspoken about the things I believe in: Mental health advocacy work, I have a charity, I have these things that make me a role model. But at the same time, none of these things are really representing the badass that I am."

"There's a side of [me] that people don't get to see with my past music, but it's been there," she added. "It's totally been there. And like hey, just because I'm sober doesn't mean that I'm judging anybody else for their stuff. And also, it also doesn't mean I didn't have a damn good time back then either. I'm having a good time sober — a better time for sure."

We're loving Demi's new music, aren't you? Tell us what you think of her video in the comment section below!