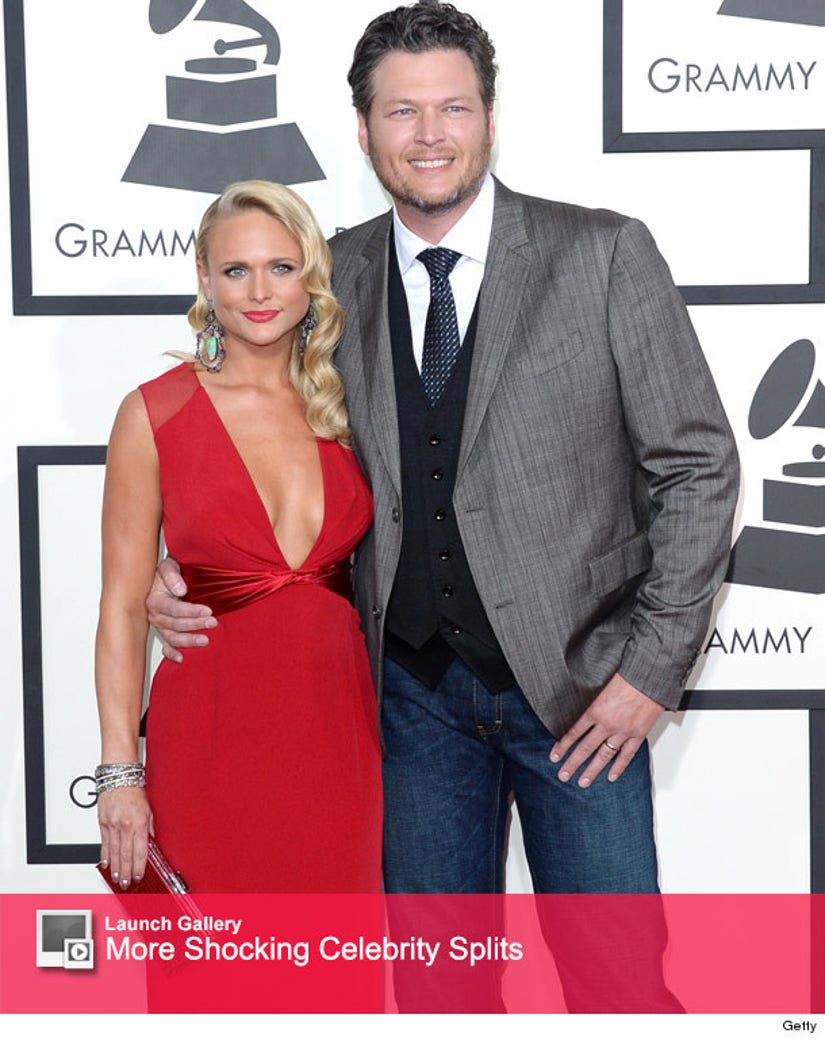 Blake Shelton and Miranda Lambert had an out of the blue Twitter exchange on Friday afternoon, which started when Blake sent playful message to his ex-wife about Lambert's friend, Ashley Monroe's, new album.

The Grammy-winning "Automatic" singer quickly responded to Blake's tweet which, like us, had fans guessing that both messages were scheduled before their split and simply forgotten about. The "Sangria" singer quickly shut down that theory while directly responding to a fan.

Check out their entire exchange below:

@blakeshelton no I can't because it is the best work she has ever done! I love it! We love you @ashleymonroe https://t.co/YEvRPYhzN5

@mirandalambert @blakeshelton @ashleymonroe - this is all the lolz. Pre-set tweets. Awesome.

Think Blake was just trying to cover up a social media mistake?

Miranda then took to Twitter to send out a link to an article with photos of her ex-husband walking around with a baby stroller, leading to another back and forth between the two.

@blakeshelton I knew it.... You WERE pregnant! This calls for a drink! pic.twitter.com/HXeaw2FyOK

When another fan tweeted to Shelton that they lost respect for the duo over "the whole charade," Blake responded, "Well rest assured not one s**t is given."

The suspicious tweets come just days after the former couple confirmed their divorce on Monday in a joint statement.

"This is not the future we envisioned, and it is with heavy hearts that we move forward separately. We are real people, with real lives, with real families, friends and colleagues. Therefore, we kindly ask for privacy and compassion concerning this very personal matter," they said.

The "Little Red Wagon" singer and "The Voice" judge tied the knot back in 2011 after first meeting in 2005. TMZ reports that the pair split among allegations of cheating on both sides.

There are also sources who've said that Blake's reality show schedule was a point of conflict between the duo.

What do you make of Blake and Miranda's social media exchange? Sound off below and check out the gallery above to see more shocking celebrity splits!