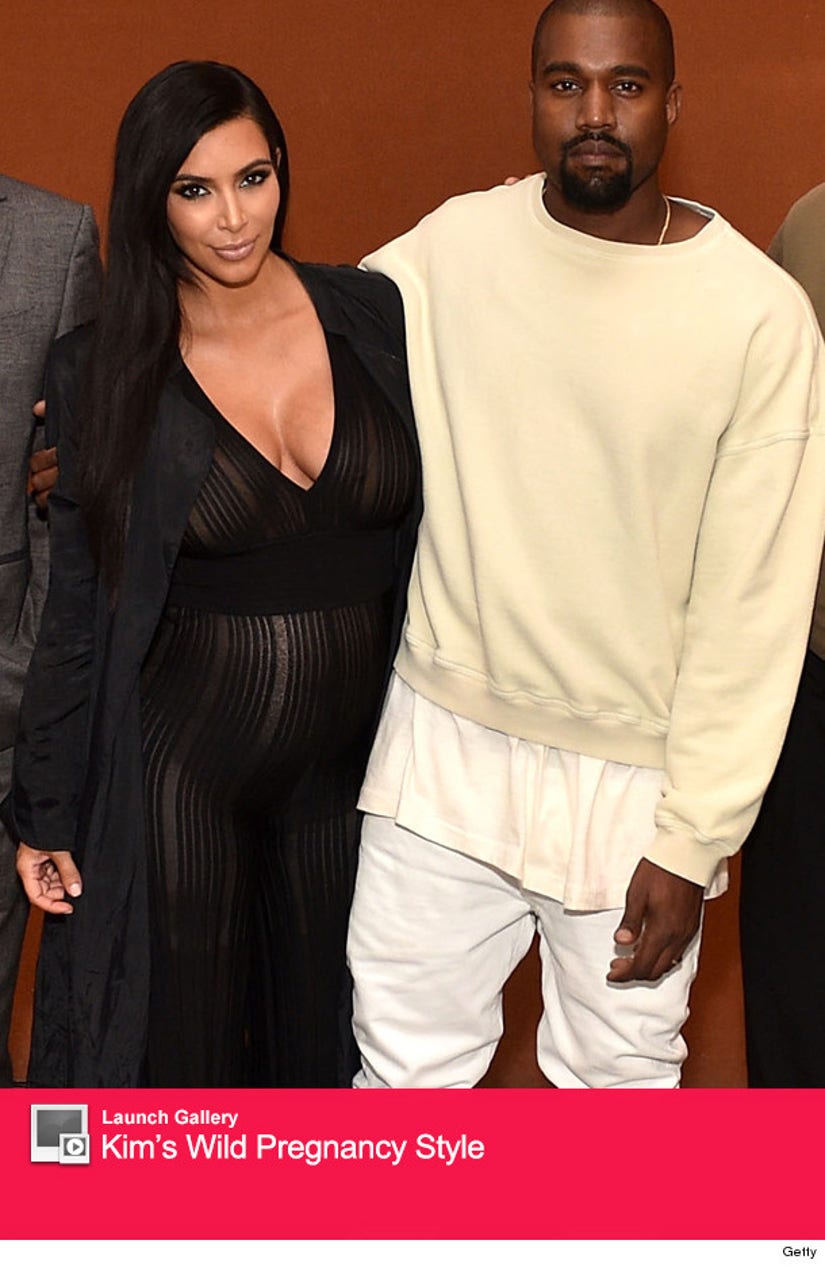 The reality TV star stepped out to support her husband over the weekend, attending LACMA Director's Conversation with Steve McQueen and Kanye West about his new music video "All Day/I Feel Like That."

Kimmy has been rocking some interesting maternity wear during her second pregnancy -- and Friday night's appearance was no exception.

Kardashian put her growing baby bump on display in a another skin-tight onesie that not only showed off some major cleavage, but also her big belly. She paired the sheer number with a black trenchcoat.

The expecting star has been favoring these comfy onesies lately -- what do you think of the unique look? See more in the gallery above. 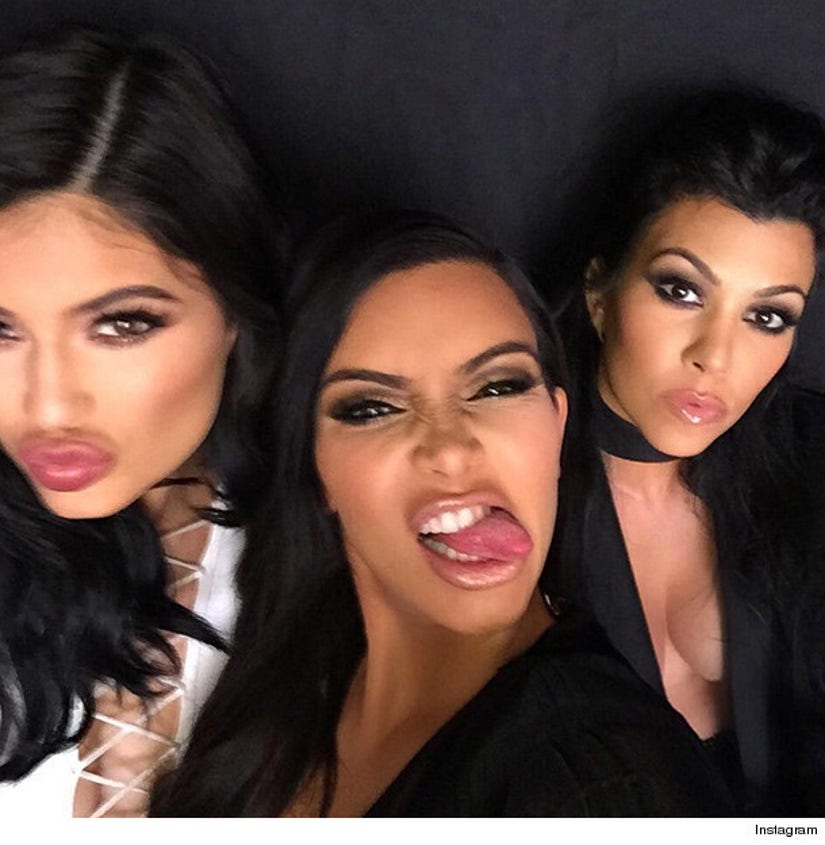 On Friday, Kim also shared a glam photo with sisters Kylie Jenner and Kourtney Kardashian, while they all filmed "Keeping Up with the Kardashians."

While Kylie and Kim made funny faces for the camera, Kourtney was all sex appeal with her pose and extremely low-cut top.

Someone's working on her post-breakup hotness -- and it's working!