UPDATE: Cara just responded to all the attention this interview's been getting, tweeting:

This is more than a little awkward!

Cara Delevingne has been making the press rounds for her new teen drama, "Paper Towns," but one morning show appearance took a turn for the worse when the model seemed less than amused by the anchors at "Good Day Sacramento."

Check out the cringe-worthy video above to see Delevingne's hilarious eye roll and overall disinterest!

The blonde beauty started off the interview with a bit of harmless sass, but when the anchors confronted Cara over her "unexcited" demeanor the entire segment really went downhill fast.

For starters, they began the interview by asking Cara if she's read the book, or for that matter, even has time to read. "No, I never read the book or the script actually. I kind of winged it," the 22-year-old quipped. "No, of course, I love the book. I think the book is amazing."

They followed that gem up by asking Delevingne if she has anything in common with her character Margo. "No, I actually hate her," she joked. "No, of course we have a lot in common."

But, when a third "Good Day" host jumped in to ask Cara why she seemed less excited about the movie during this interview than she was while doing press a few weeks ago, things got weird.

"You seem a bit more irritated, perhaps it's just us," one anchor said. "Yeah, I think it's just you," Cara confirmed. The interview quickly ended after that.

What do you think about the entire exchange? Do you blame Cara or the anchors for the discomfort? 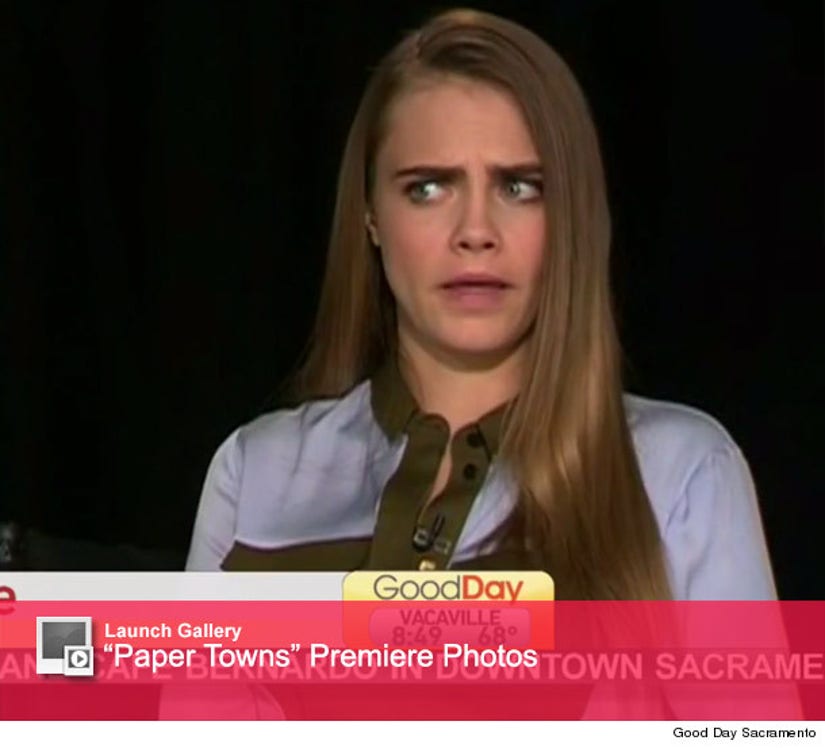