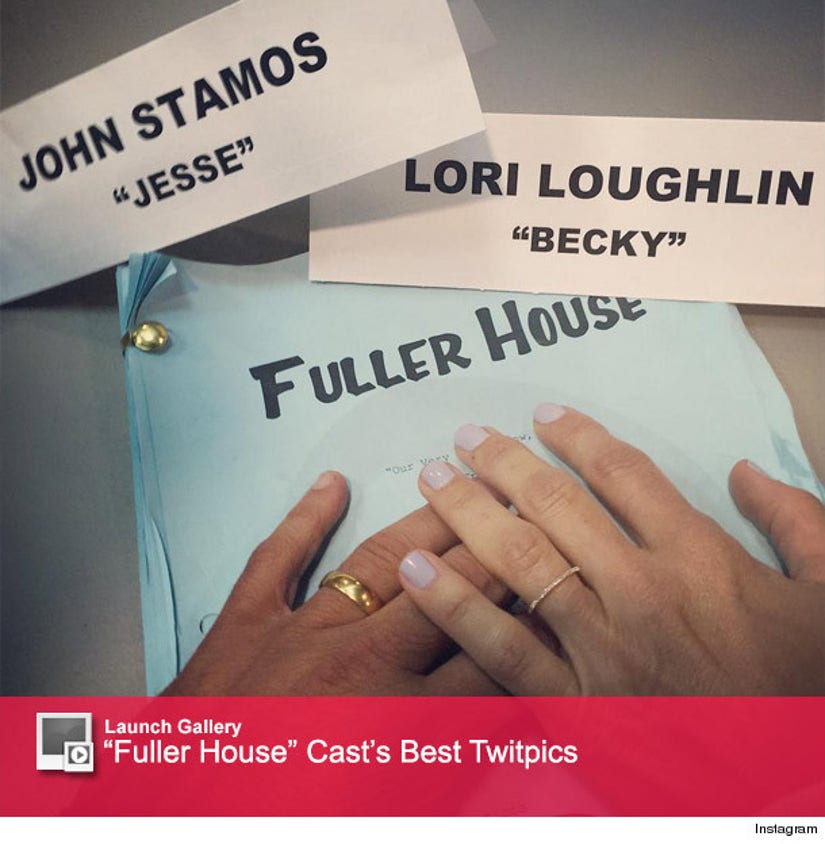 John Stamos took to Instagram on Monday to share a photo from the set of "Fuller House," where he was reunited with his on-screen wife, played by Lori Loughlin.

"Becky and Jesse together Forever. #FullerHouse. #Netflix," he captioned the adorable snap.

In the pic the former "Full House" costars show off their wedding bands as they hold hands on top of a script from the Netflix series with their "Jesse" and "Becky" name tags in the background.

This was just one of the many photos members of the reboot's cast shared during filming for the day. Bob Saget also got in on the fun and shared a pic on his page showing a behind the scenes look from the studio at Stamos and Candace Cameron Bure.

The comedian, along with Stamos, Loughlin and Bure, join Dave Coulier, Andrea Barber, Scott Weinger and Jodie Sweetin in the reboot.

All that's missing now are Mary-Kate and Ashley Olsen.

It was previously confirmed that the two had no plans to star in the show, but now it sounds like the twins may be on the brink of striking a deal to join their former cast mates.

Netflix's chief content officer Ted Sarandos revealed on Tuesday at the Television Critics Association summer press tour that the fashion designers “are teetering on whether or not they'll be around” for the 13 episode series, according to TV Line.

Fingers crossed for the return of Michelle Tanner!

Are these pics giving you '90s nostalgia? Sound off below then click "Launch Gallery" for more photos from the "Fuller House" set!