Well this is, uh, interesting!

Kim Kardashian is showing off her acting chops in a new commercial for Hype Energy Drink.

In the two minute spot, the "Keeping Up With The Kardashians" star rides a bike dressed as Audrey Hepburn, when she suddenly takes a fall and gets knocked unconscious.

We are then transported to Kim's dreams, where she is dressed in head-to-toe Marie Antoinette garb ... complete with pale makeup and a white wig. 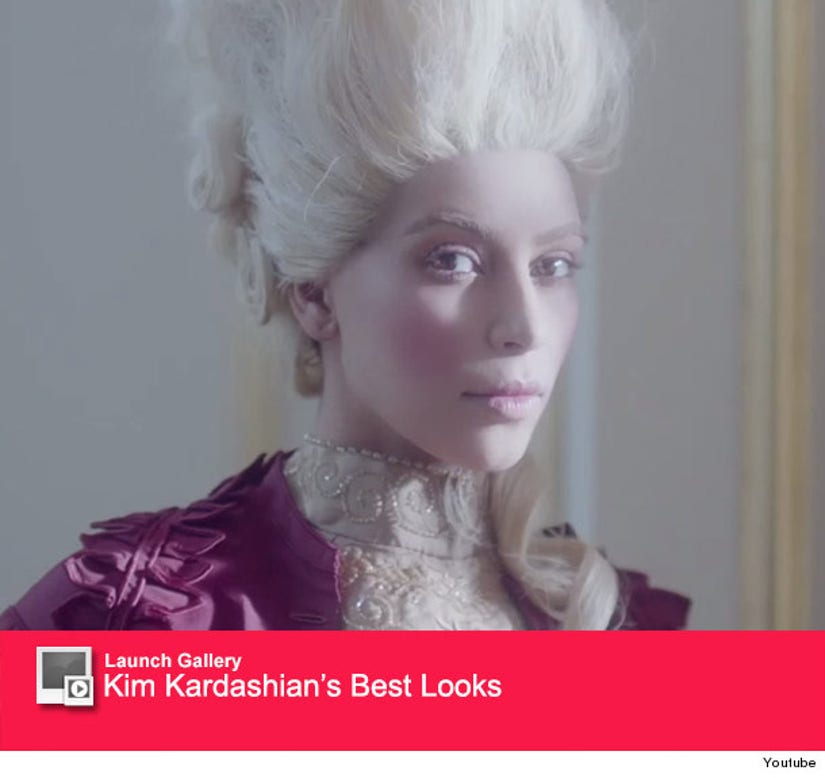 The brunette beauty -- who is currently expecting her second child -- previously teased the ad back in April 2014, when she posted several photos from the shoot on Instagram.

She was also snapped in Miami that same month dressed as the Hollywood icon during a Parisian-themed shoot!

Watch the video above to see Kim's entire bizarre ad!