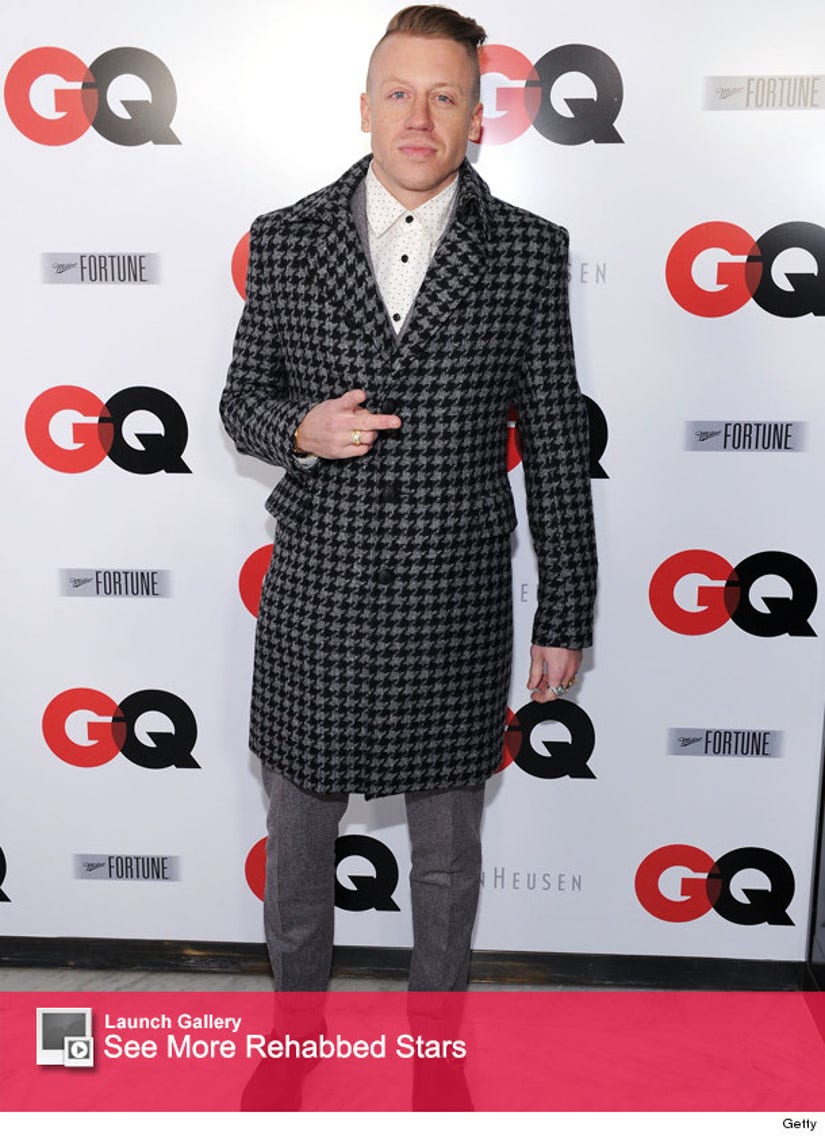 Macklemore is getting very candid about his struggles with drug abuse.

Before the rapper was a household name, thanks to songs like "Thrift Shop" and "Same Love," he battled addiction, admitting he was always high on marijuana and pills -- and while he was sober, he relapsed last year.

"I held it together for a while," he says in the new issue of Complex. "But, eventually, I stopped going to my 12-step meetings. I was burnt out. I was super-stressed. We weren't sleeping -- doing a show every day, zigzagging all over the country."

He says he started smoking pot again and taking sleeping pills on a regular basis, hot-boxing himself in cars and showing up to meetings stoned.

"I'm in meetings with management with sunglasses on and I'm rolling around like a 15-year-old trying not to get caught smoking weed in my car," he continues. "Same s**t. I felt so dumb. I felt like I'm just wasting time. What am I escaping here."

It all changed when he found out his girlfriend was pregnant -- and now, he says he's in a much better place.

"I've gotten back to what makes me happy," he says. "Not in the immediate moment, [but] what's going to make me happy in the long run. None of the money, the fame, the attention, the touring, the endorsement, the Jordan shoe, the TV appearances, none of that, literally none of it, comes close to the fulfillment and gratitude that I feel showing up to a meeting and being sober today."

While he has yet to confirm the news, the rapper and fiancee Tricia Davis reportedly welcomed their baby earlier this year.