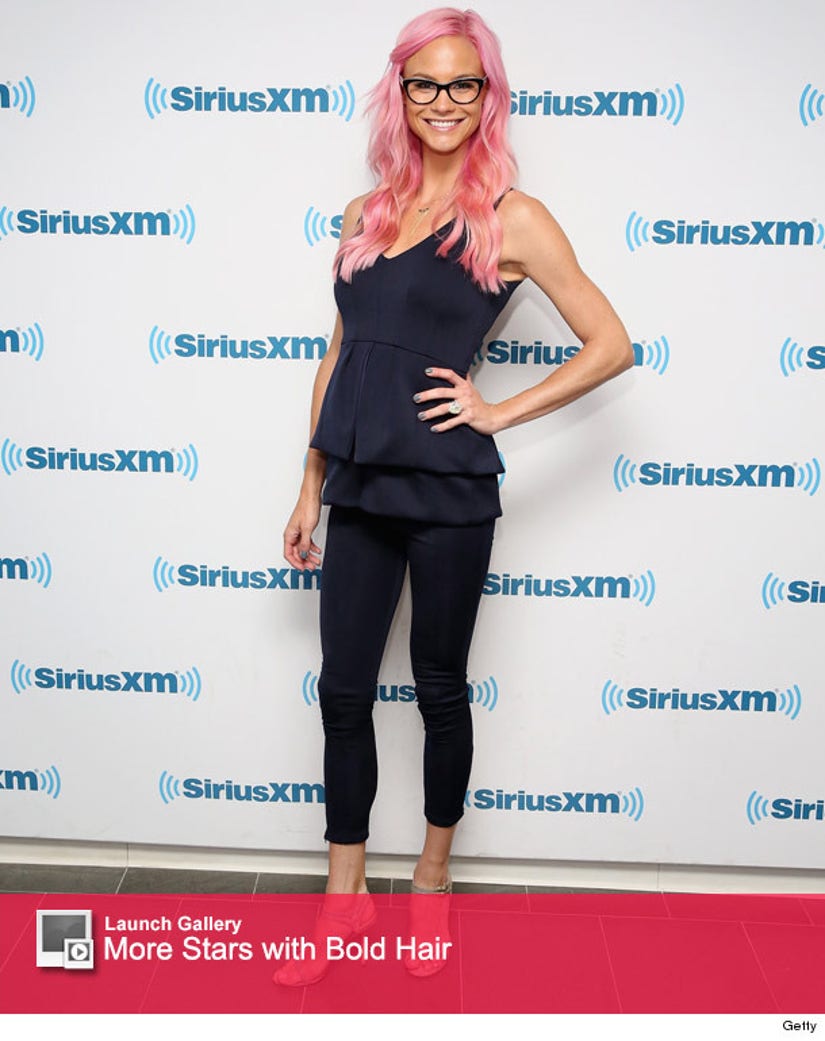 Meghan Edmonds has a bold new 'do!

The 30-year-old wife of baseball player Jim Edmonds looked like she was loving her new look as she posed on the red carpet rocking a navy blue top, black capris and nude sandals.

While Edmonds' new look is definitely on-trend, the "Housewives" star says she changed her hair to honor her husband's late ex-wife LeAnn, who passed away earlier this month from cancer.

"Life is short. My stepdaughter's mom just recently died less than a week ago," the Bravo star told People about her new hairstyle. "And I was just thinking, you know what, I want to do something fun – and life is short, so why not? I did it."

The "RHOC" newbie also made waves on Monday night when she went head-to-head with the show's Orange County O.G., Vicki Gunvalson.

The blonde beauty came under attack when she defended her decision not to work since saying "I do" to Edmonds, which left Gunvalson ... less than impressed.

Check out the video below to see their heated debate!

We can't wait to see more drama unfold during the ladies trip to Tahiti -- what do you think about the reality star's latest look? Sound off below and check out the gallery above to see more stars with bold 'dos!