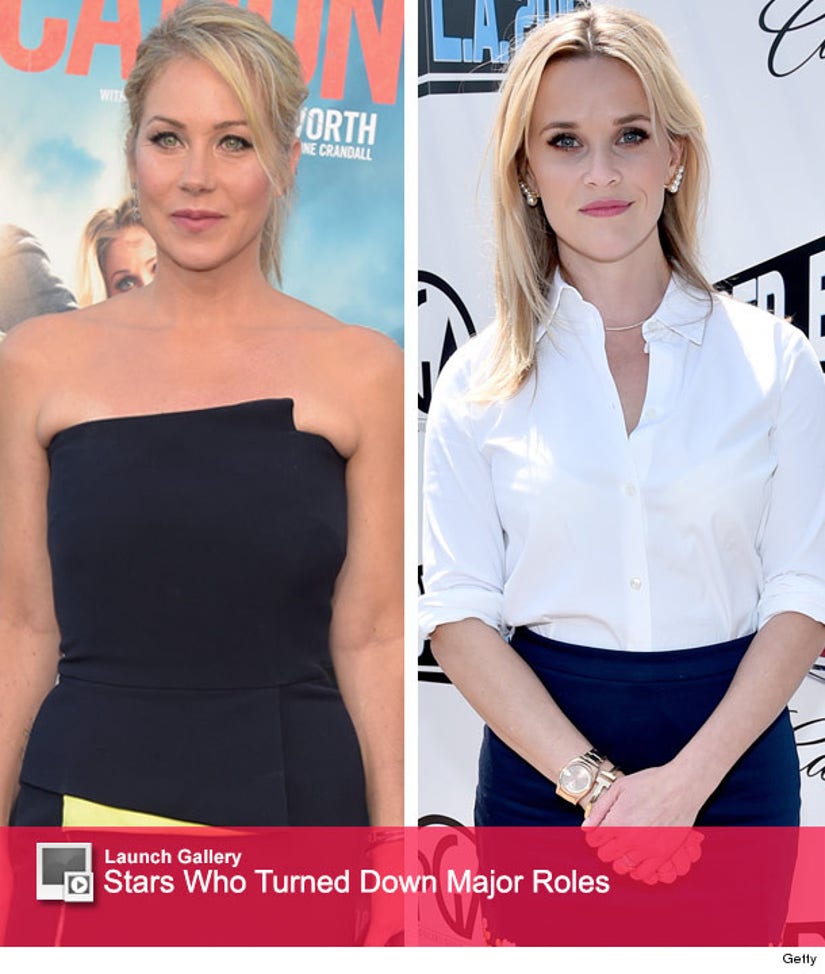 UPDATE: Applegate clarified her comments on Twitter this morning.

To clarify I did not pass on that movie. The script came my way. It was never offered to me. Gotta clear that up.

Christina Applegate has some movie regrets.

The actress opened up about some of the mistakes she's made in her acting career while chatting with Entertainment Tonight at the Los Angeles premiere of her latest flick, "Vacation."

While the blonde beauty has continued to steal the big and small screens since her breakout role playing Kelly Bundy for 10 years on "Married ... with Children," there is one part in particular she wishes she didn't pass up -- playing Elle Woods in "Legally Blonde."

"The script came along my way and it was right after I had just finished, 'Married [...with Children],' and it was a blonde who in that first script didn't win it but ends up going to Yale, or Harvard, I don't remember," Applegate explained. "I got scared of kind of repeating myself."

While we can definitely see why Applegate was a little hesitant to typecast herself, playing the so-called "ditzy blonde" again, the 2001 comedy which starred Reese Witherspoon has since become an comedy classic. "What a stupid move that was, right?" she said

Nevertheless, the 43-year-old is thrilled about Witherspoon's success with the flick. "Reese deserved that. She did a much better job than I ever could, and so that's her life," she added. "That's her path."

We couldn't imagine anyone else playing the loveable Elle!

What do you think about the actress' candid comments? Sound off below and check out the gallery above to see more stars who've passed on big roles!