Angelina Jolie's 11-year-old son is following in her humanitarian footsteps.

The actress and son Pax were photographed at a Myanmar refugee camp on Thursday, as part of a four-day trip to the country.

Jolie is reportedly there as both a U.N. Refugee Agency Special Envoy and as co-founder of the Preventing Sexual Violence Initiative.

Jolie was both understated and makeup-free for the tour, where she wore a simple black top, skinny jeans and a scarf. Pax, who was seen taking photos with a professional camera, sported a graphic t-shirt and khaki pants.

"I am looking forward to meeting with many people including women's groups, civil society, displaced people and youth, to learn firsthand from them about their concerns and hopes for the future of their country," Jolie previously told PEOPLE about her visit.

Pax isn't the only one who is following his mother's lead.

Jolie also opened up about son Maddox's involvement in her next project, a Netflix film being shot in Cambodia, where he was born.

"Maddox will be on set every day after school and involved behind the scenes. And yes, Maddox is already involved in the Foundation and will take over my role when he is older," she told the AP, referring to the Maddox Jolie-Pitt Foundation -- which focuses on programs "to help local families overcome problems associated with poverty in the region and to help preserve the remarkable habitat and wildlife for future generations."

We love seeing Jolie set such a strong example for her children -- and can't wait to see what they all do next. 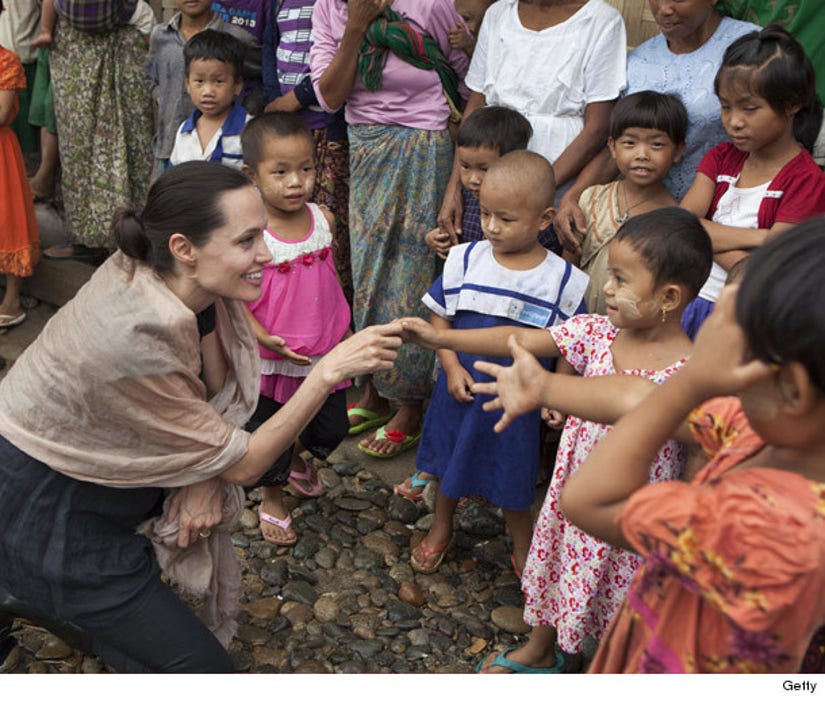