Looks like some of Mick Jagger's musical prowess may have rubbed off on son James!

The 29-year-old actor was spotted on the set of HBO's yet-untitled rock 'n roll project on Wednesday in NYC, sporting skinny jeans, a tank top and a messy mane. James -- who will play the lead singer of a punk rock band on the series -- was seen guitar in hand.

The Rolling Stones frontman serves as executive producer of the project, which will explore the music scene of New York in the '70s ... something Mick knows a thing or two about.

James is one of the rocker's four children with ex-wife Jerry Hall, making him brother to model Georgia May Jagger (below right), actress Lizzie Richards and Gabriel. Mick also has three other children from three other relationships. 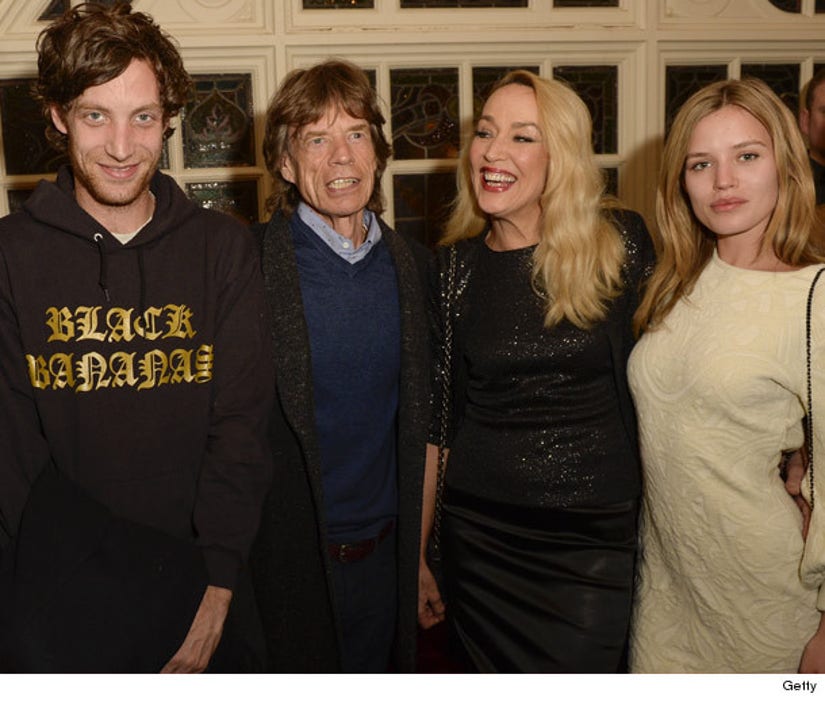 "I have always thought my surname was more of a curse than a blessing," James said in an interview back in 2007, when he was starting out as a stage actor.

"If you were to compare us with the stereotype of a family, with a rock star for a dad and a supermodel for a mother, then you'd think we were pretty normal," he added.

"I'm not the biggest hip-wiggler," he added, when asked if he can shimmy like his papa. "I actually feel quite self-conscious when I'm dancing. I have to be wasted to want to gyrate my hips in a similar fashion to my dad."

No word yet on when the HBO series will debut.