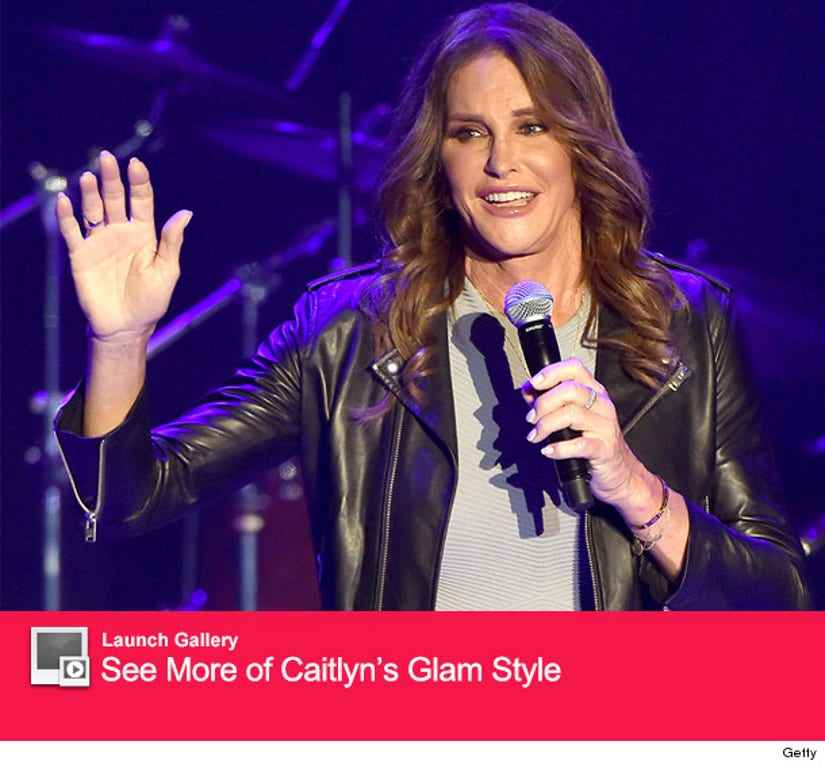 In a new sneak peek at Sunday's episode of "I Am Cait," we see her sit down with Kim Kardashian and Malika Haqq to talk about how she's tested the waters in the past to see how others would react to her transition.

"Like if you call down to room service," she explains. "I'd be sitting there in my little room, all by my lonesome, and I'd think OK! I'm going to try to get my best feminine voice and call down so they say, 'Yes, ma'am.' I could never do it.

That's when Kim and Malika put the pressure on, with Kardashian pretending to call her up as a hotel concierge. Check out Caitlyn's attempt below.

"Women cannot relate to the whole voice thing," she later says in a confessional. "They don't see it as being that important when it is that important, not only for you to speak and order and do all that kind of stuff, but very important for your soul that you're feeling good about that."

Jenner opened up about being concerned about her voice in the past, saying it bothered her when she watched her Arthur Ashe acceptance speech back by herself later.

Her voice is something Khloe also spoke about in a new interview, as she explained why she still calls Caitlyn by her former name.

"We, my sisters and I, we will call Caitlyn "Bruce" and we've been told that's completely fine," Khloe told The Project in Australia.

"She has told us, we are allowed to call her any name we want to. Because on the phone, when she calls me, it's the same voice as Bruce. And if I'm not physically with her, it's hard to remember in the moment that I'm talking to Caitlyn, if that makes sense," she continued.

Kardashian went on to say that it's been hard for her and the rest of the family to going through the transition in such a public forum.

"But I think there was a hard time for the entire family, that we were all transitioning with her, but in front of an audience, I think that's not really the normal way to go about it, you know." she added.

"There is a lot of raw emotions, that it's hard to do in front of a camera," she also said.

Caitlyn herself confessed she felt something was off about how the Kardashians were reacting to the news, saying she worried they might not be being honest with her.

See the new episode of "I Am Cait" Sunday night on E!