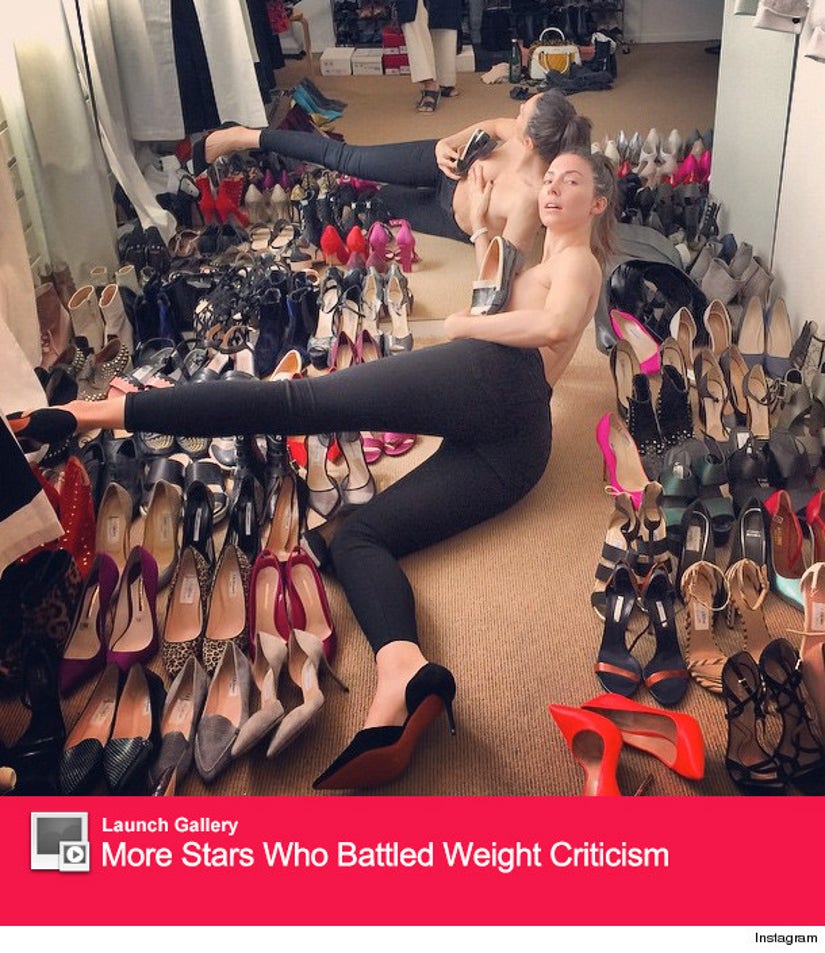 The pressures to succumb to society's "skinny" standards are greater now than they've ever been before. With actresses and models posting pics of their petite figures left and right, it's easy for women to compare – and resent – their own bods.

But Whitney Cummings isn't about that life.

The 32-year-old comedienne took to Instagram today to proudly show off her recent 25 pound weight gain by going topless. And man, does she look awesome.

"I did this weird thing that nobody likes to do anymore where I gained weight," she said to Kathie Lee Gifford and Hoda Kotb on "Today" earlier this week. "I gained like 25 pounds, which I think I needed to."

The actress has received a lot of flack from the media for appearing too thin -- something she now says she agrees with.

"I was way too skinny before," she continued. "Here's the thing: When you're on television, you get confused. I looked like I was passing away and I put on like 20 pounds. I think it filled out. People think I got a face lift!"

"I feel like all the advice to girls nowadays is, 'Lose weight! Lose weight!'" she said. "They say you have to pick your ass or your face, and I'm picking my face. But I hope somebody else picks the other one."

We applaud the brunette beauty's decision to look and feel healthier -- what do you think about her revealing Instagram shot? Sound off in the comments section below!