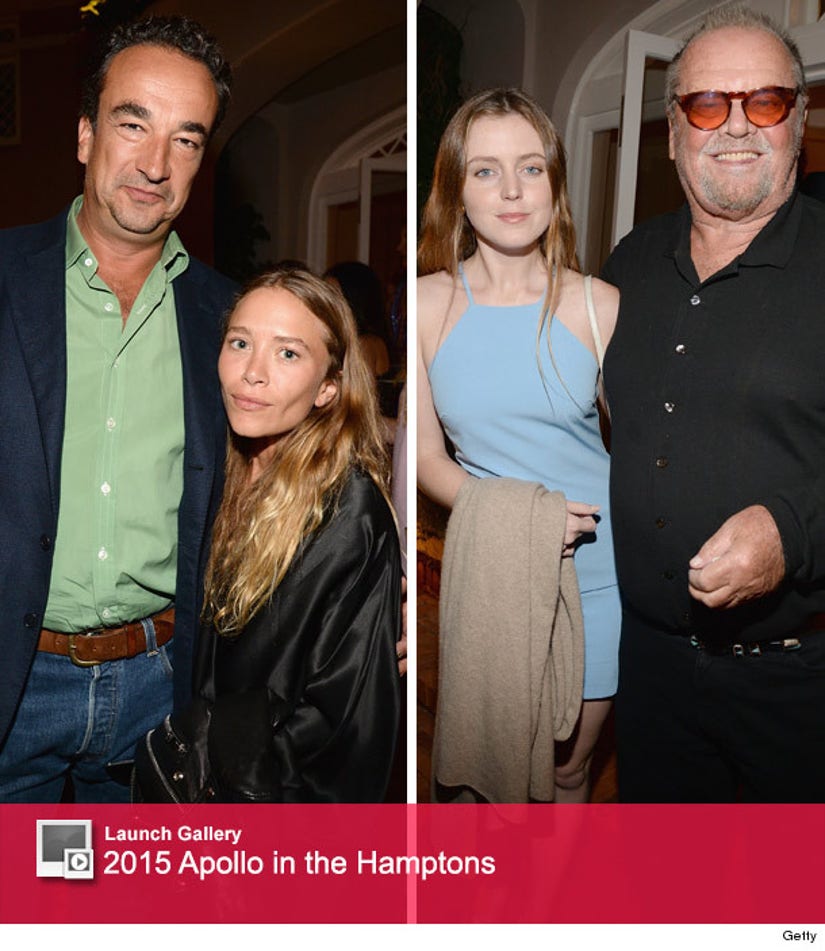 Only one of these photos shows a man with his daughter.

Mary-Kate Olsen made a very rare public appearance with her much older boyfriend, Olivier Sarkozy, at the Apollo in the Hamptons 2015 event on Saturday night.

Sporting a black silk frock, the 29-year-old star posted for pictures with her 46-year-old beau, who towered over her in a navy blazer, green button down and jeans.

The couple has been dating since 2012, and they sparked engagement rumors last year when the "Full House" alum was spotted with a giant Cartier ring on that finger.

Olsen and Sarkovy joined a slew of other charitable celebs at the event over the weekend, including Jack Nickolson and his kids, Lorraine and Ray.

The 25-year-old aspiring actress looked lovely in a pale blue dress with a knit cardigan as she stood with her famous father (above). The 78-year-old actor looked dapper in a black collared shirt and his trademark sunglasses. 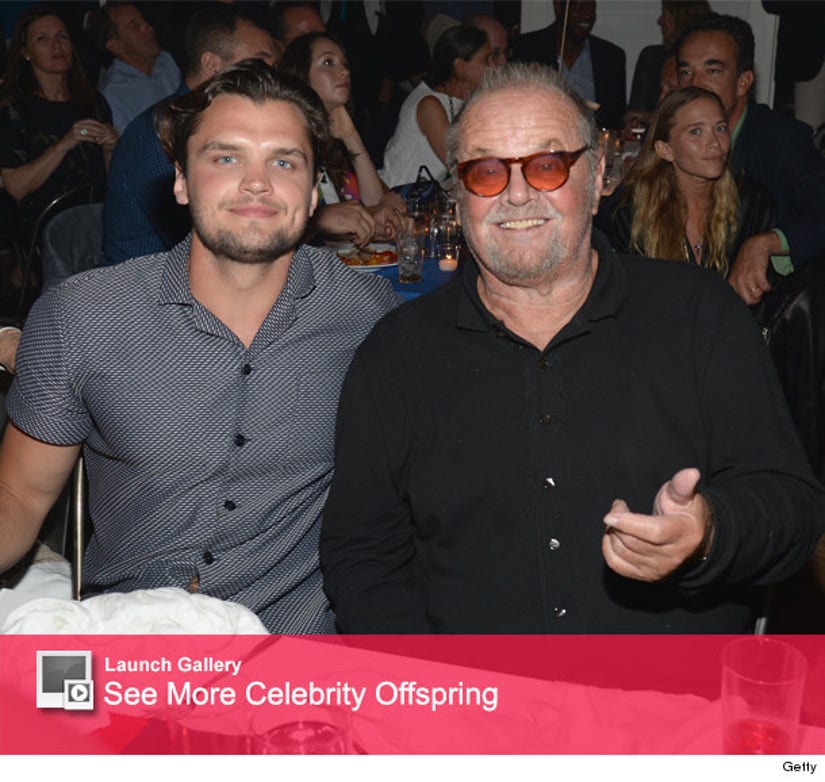 Jack also posed for a party pic at the event with his lookalike son. Doesn't Ray look just like his famous father in his "One Flew Over the Cuckoo's Nest" days?

Check out all of the stars at the Apollo in the Hampstons event in the gallery at the top, including Matt Lauer, Jimmy Fallon and Christina Aguilera, who showed off some serious cleavage as she hit the stage!