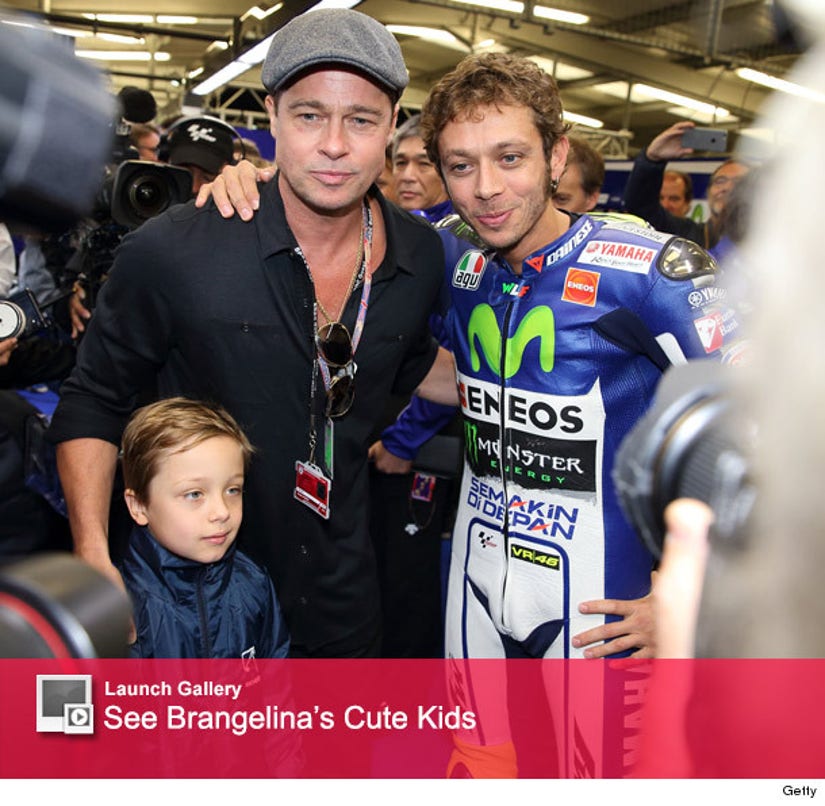 The 51-year-old actor looked dapper in a dark button down, pants and a newsboy cap as his 7-year-old tot sported a navy blue jacket with black pants and matching sneakers.

We rarely get a glimpse of Brangelina's kiddos out in public -- especially the twins -- so this was a real treat! 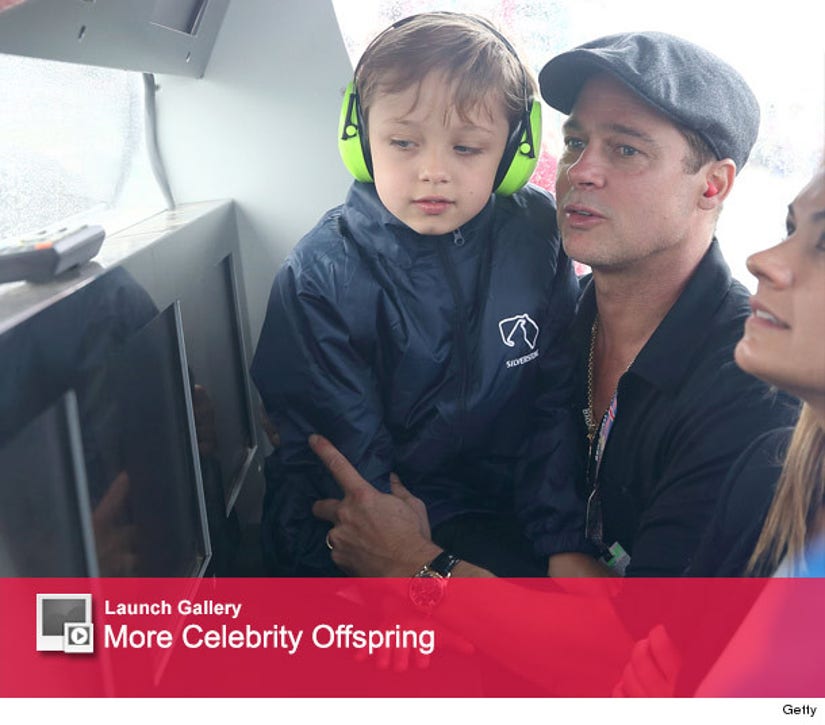 Pitt recently opened up about being a parent to his and wife Angelina Jolie's six children -- Maddox, Pax, Zahara, Shiloh, Vivienne and Knox. And, he said he's not too shabby at it.

"I've discovered I don't suck at being a dad," he told Details magazine last year.

In fact, Brad literally wears his heart on his sleeve ... or his right arm to be exact.

Just last month, the actor revealed a never-before-seen tattoo that appeared to pay tribute to his famous family. He showed off the ink of a cross with the letter A on one side and the initials of his kids, MPZSVK, on the other. Check out his tat here.

Be sure to click through the gallery at the top to see all of Brangelina's kids through the years!