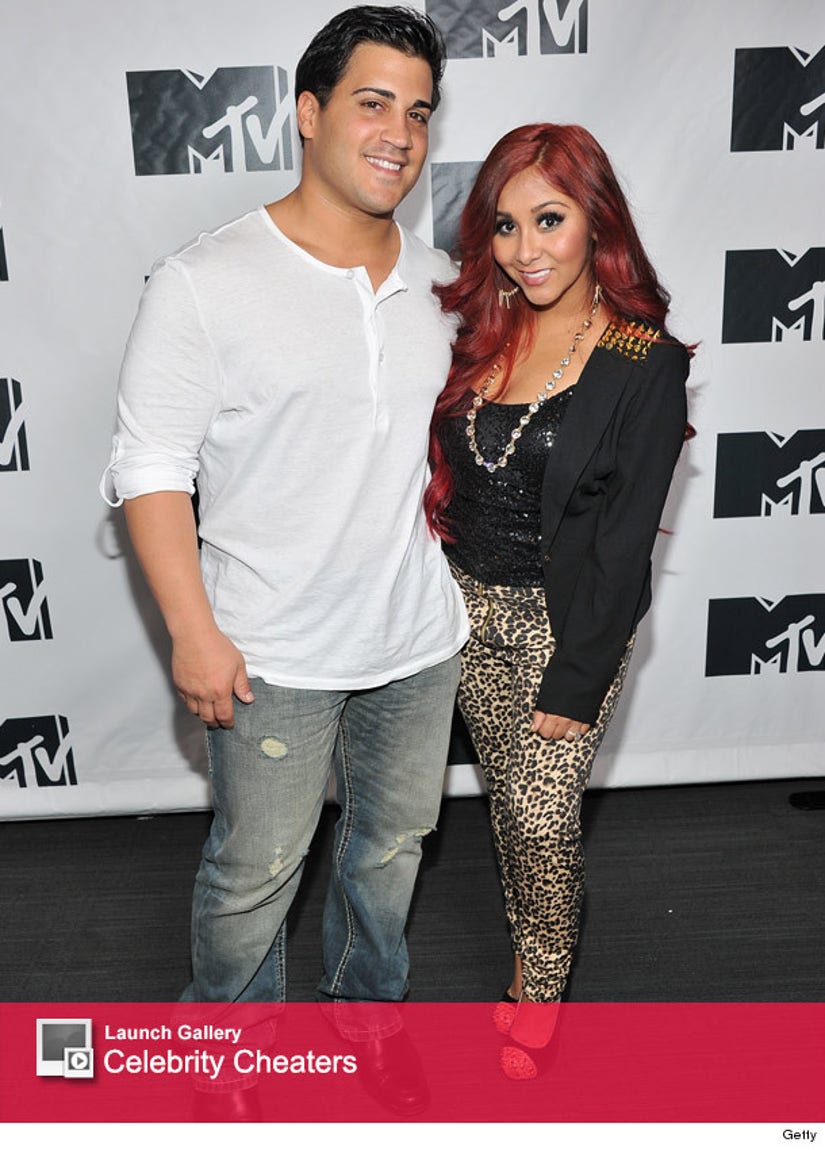 Snooki is standing by her man -- and putting anyone on blast who says he's a cheater!

Last month, Jionni LaValle's name was linked to an Ashley Madison account after hackers released a ton of account information online. Though the story linking him to the account was flimsy at best, the "Jersey Shore" star felt she had to speak out to shut down the rumors.

While she shut down reports last week, she went into deeper detail on her new Naturally Nicole podcast, which was released earlier today.

"I'm lucky if he even knows how to use a computer, yet go on Ashley Madison to cheat on me. I laughed, it's not true," she explained during the show.

"Everyone who knows Jionni knew it was bulls**t," she continues. "We honestly think somebody is trying to f**k with us. This isn't the first story ... but all these stories never have evidence. There's never a photo, text message, nothing. How do you run a story without evidence?"

"He wouldn't go on Ashley Madison and pay money, he's not an ugly guy, he's beautiful," she added, saying he would just go to a club and pick up a random girl if he really wanted to cheat on her.

"He literally said this isn't true, why I am going to be upset about it," she continued. "He's like 'People are seriously trying to make me look bad and I don't know why.' It sucks. You know Jionni, he's such a good guy, he would never do anything to ruin his family."

As for why she hasn't been wearing her ring in recent paparazzi photos, Polizzi has a simple answer; It doesn't fit.

"I never wear my ring because it falls off," she admitted. "Why would I wear it knowing I might lose it?"

Are you buying her version of the story? Sound off below!