Ed Skrein went from being recast in one of the biggest shows on television to replacing another star in a huge action franchise. Not a bad turnaround at all, right?

The 32-year-old rapper-turned-actor first hit our radar when he was cast as the hunky Daario Naharis on Season 3 of "Game of Thrones," but when the show returned for its fourth season, Michiel Huisman was the one romancing Daenerys Targaryen instead.

"Contrary to reports, I didn't walk away [from the show]. I wouldn't walk away, there are very few things in my life I've walked away from," Skrein tells toofab's Brian Particelli.

"This is a complicated industry and there's always politics involved," he continues. "I never really look back, my journey has been unorthodox in many ways. All I do is count my blessings and try to be as present as I can and I'm thankful for every step of this journey." 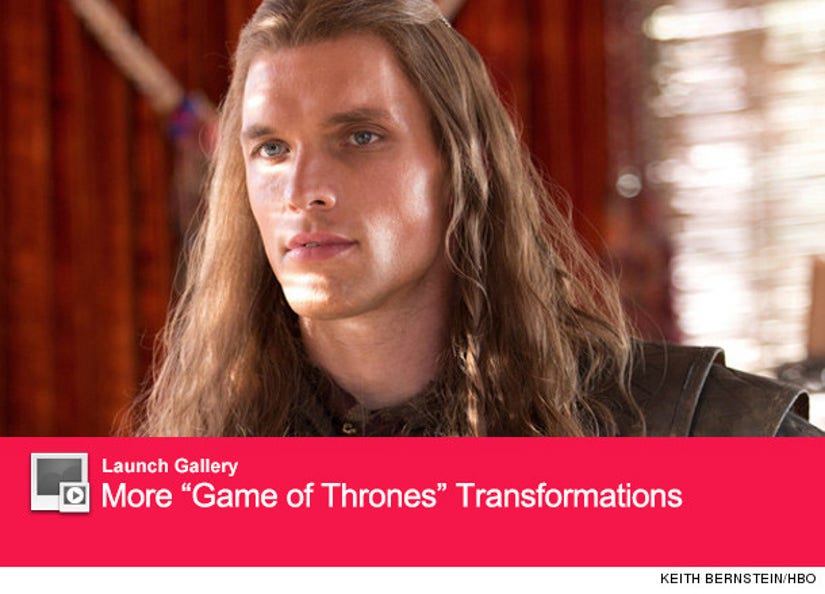 This weekend, he'll star in "Transporter Refueled," taking over the title role from Jason Statham for the new prequel that gives us a little backstory on Frank Martin.

"It wasn't really daunting it all," he says of following in Statham's footsteps. "The daunting part for me, the pressure was from the inside, I want to make work that I'm proud of and that fulfills me creatively, that's where the pressure came from."

Ed says he completed 3.5 weeks of training for the role, which sees him kicking some serious ass in a couple of heavily-choreographed fight scenes. Find out how he accidentally split the back of his pants open during filming in the video above!

The Brit's training came in handy for his next film too, as the actor faces off against Ryan Reynolds in the highly-anticipated comic book flick "Deadpool."

"Me and Ryan had incredible chemistry, we had this synergy," he explains. "A lot of time, they don't want to pair actors together, especially leads because we're not stunt guys. We may make a mistake and if we make a mistake and break each others' noses or knock a tooth out. It's a lot of money and jobs on the line."

Skrein says he was able to talk director Tim Miller into letting the two spar against each other though -- and it sounds like a blast!

"I was like to Tim, 'Get me in there, put me in, I've done all this training, I'm ready,'" says Ed. "They were hesitant [but] I went straight in and we had a great synergy and we stayed the two of us for the whole day and I remember Ryan saying to me, 'I've had such a great time getting beat up by you,' and vice versa."