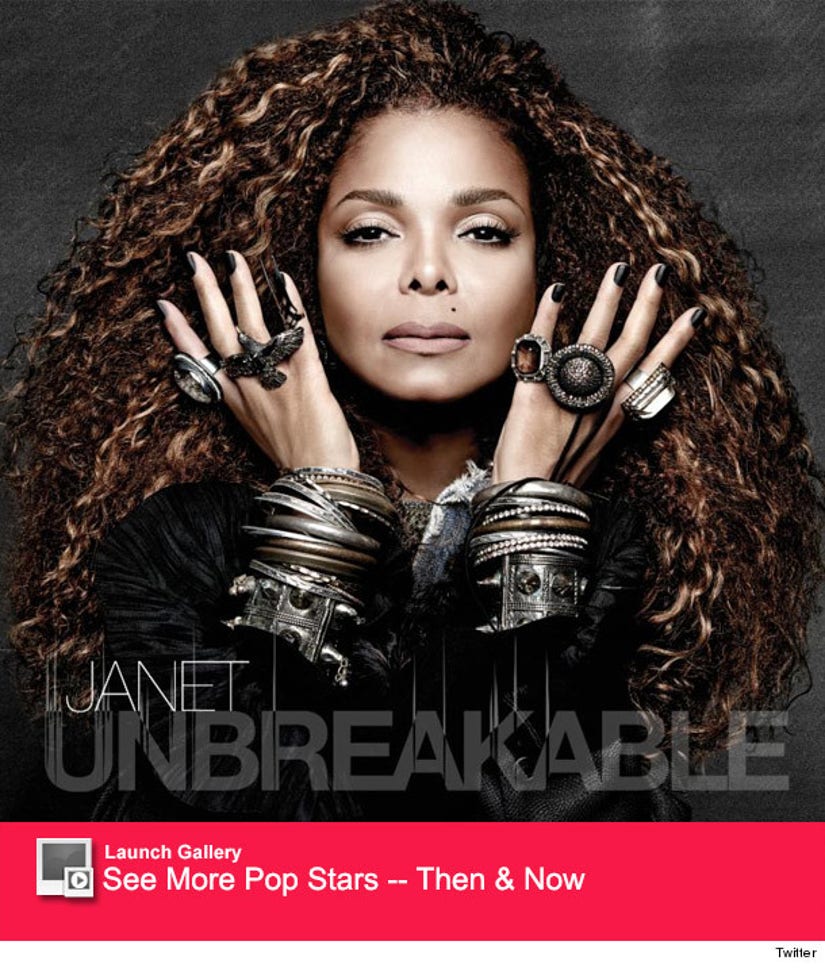 Janet Jackson just released the long awaited details of her highly anticipated album -- and it looks like we'll have new music in just 29 days.

"I've been listening... Here you go. Enjoy! Love, Janet #Unbreakable #ConversationsInACafe," she wrote along with her final album cover and a link to her site via Twitter.

In the photo, the star stuns with tons of rings and bangles as she rocks a mane of gorgeous curls. The "Rhythm Nation" singer previously took us behind the scenes during the photo shoot for her eleventh studio album, due out October 2.

"Unbreakable" is the first album the iconic pop star has released in seven years following 2008's "Discipline" -- and we already got a taste of what to expect from Janet with her single "No Sleep".

For "Unbreakable," the singer joined forces once again with producer/songwriting superstars Jimmy Jam and Terry Lewis. Their latest release comes on the 30th anniversary of their groundbreaking collaboration on her "Control" album.

"It's wonderful to be creating again with Janet. From songwriting, producing, arranging, singing, dancing, acting, she deftly does it all and truly personifies the word artist," they said in a statement. "Unbreakable is a gift to all of her fans who have steadfastly stood by her."

"It is a subject for conversation, a plea for compassion, and a call for action from someone who's come a long way, but's got a long way to go, and has much to say about it. In other words, if you want to know what's on her mind you only have to listen."

Are you excited for Janet's latest? Sound off below then click "Launch Gallery" for more pop stars then and now.

Here's a look at the 17 new songs the star has in store for her fans!