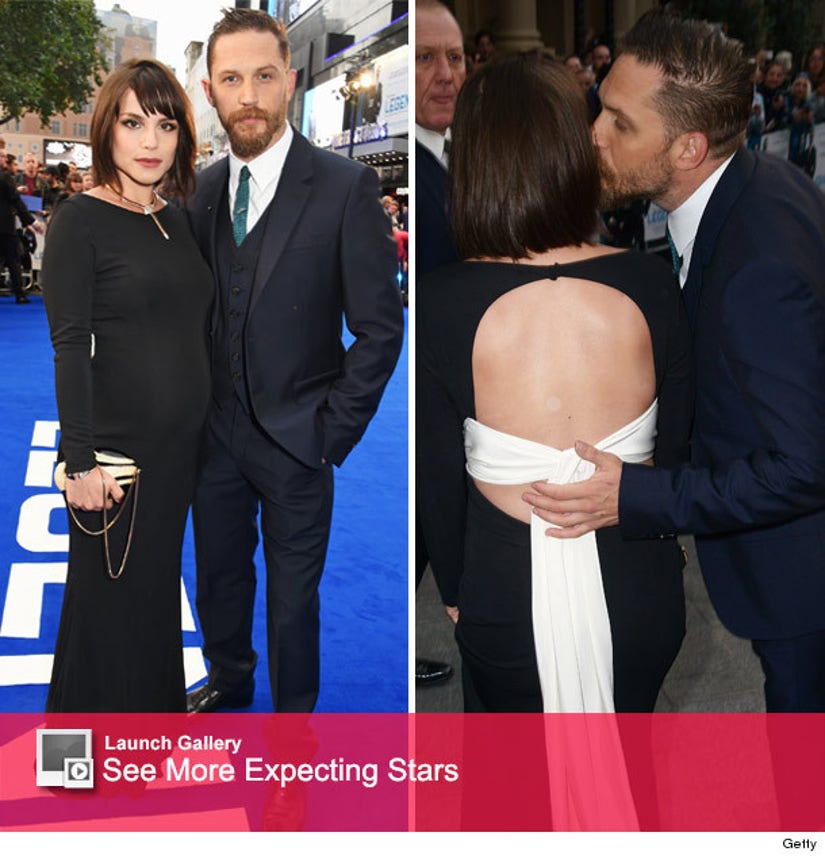 We spy a baby bump!

Looking dapper in a three piece suit, the studly 37-year-old actor posed for photos with his wife at the premiere of his latest flick, "Legend," in Leicester Square in London on Thursday ... making us all swoon by kissing her on his cheek.

While this is the first child for the duo, Hardy is also proud papa to son Louis, 7, his boy from a previous relationship with Rachel Speed.

The actor opened up about fatherhood earlier this year with Details.

"There's such a blissful sense of otherness that I can't remember what it was like to not have children. I used to think a lot about myself. I still do, I guess. I mean, I have the capacity to indulge in myself," he said back in April. "My primary relationship was with myself, and that was interrupted irrevocably when I found out I was going to be a father."

"I was healthy and already had a lot of s**t behind me—rehab and all that—but I didn't have an anchor. A child is an anchor. And it gets heavy," he continued. "Is your son going to be a reflection of you? Fear of becoming your father. And then the fear of not becoming your father. All of these conversations which were nice to think about and hypothesize about before are now immediately connected. You can't un-have a son."