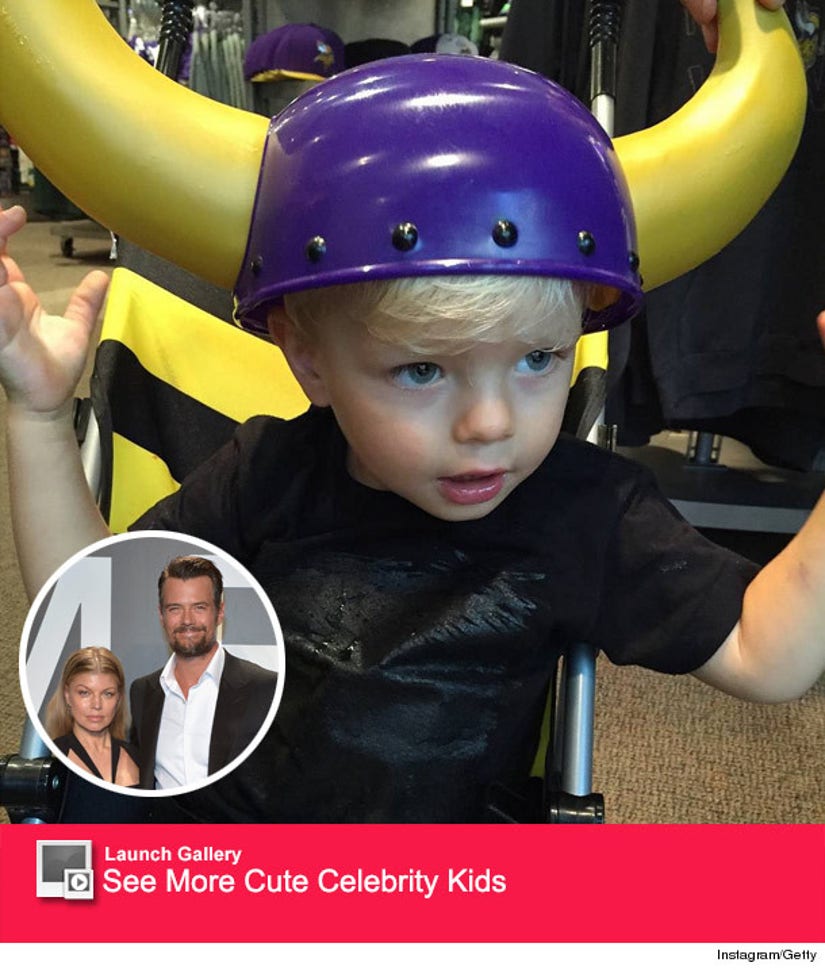 Right before the Minnesota Vikings took on the San Francisco 49ers last night, Josh Duhamel took to Instagram to prove that his son, Axl, is a loyal fan.

In the pic, his 2-year-old son with wife Fergie was sporting a pair of purple and yellow Vikings horns.

It seems there's a big football rivalry going on in the famous couple's house -- Josh is a big Vikings fans, while Fergie roots for the Miami Dolphins. 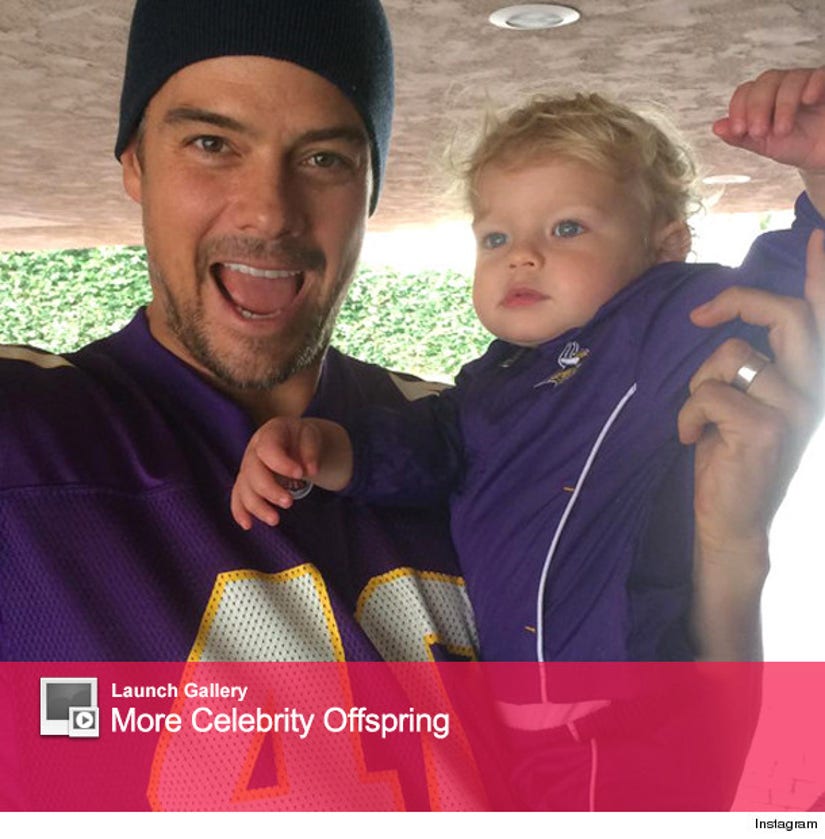 In fact, their tiny tot actually got caught in the middle last year.

"This is what happens when daddy's team plays mommy's team," the Black Eyed Peas singer wrote with a picture of Axl. "GoFins! #sundayfootball @MiamiDolphins @Vikings @joshduhamel." 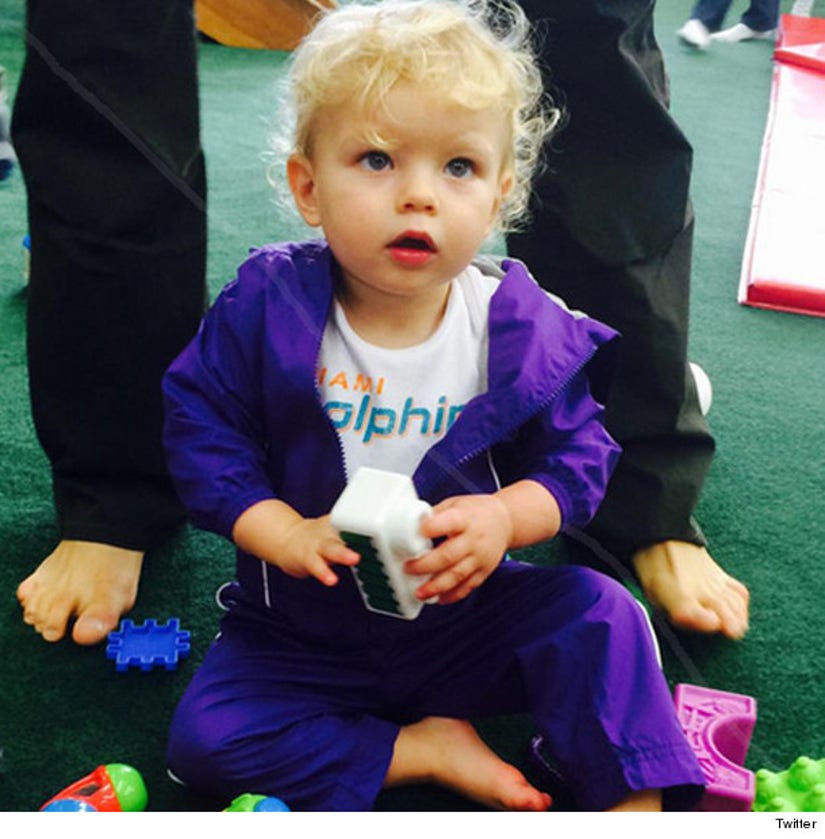 While the cutie is seen sporting a Dolphins tee, his father also slipped him into a Vikings track suit.

We can't get enough of this pint-sized football fan!