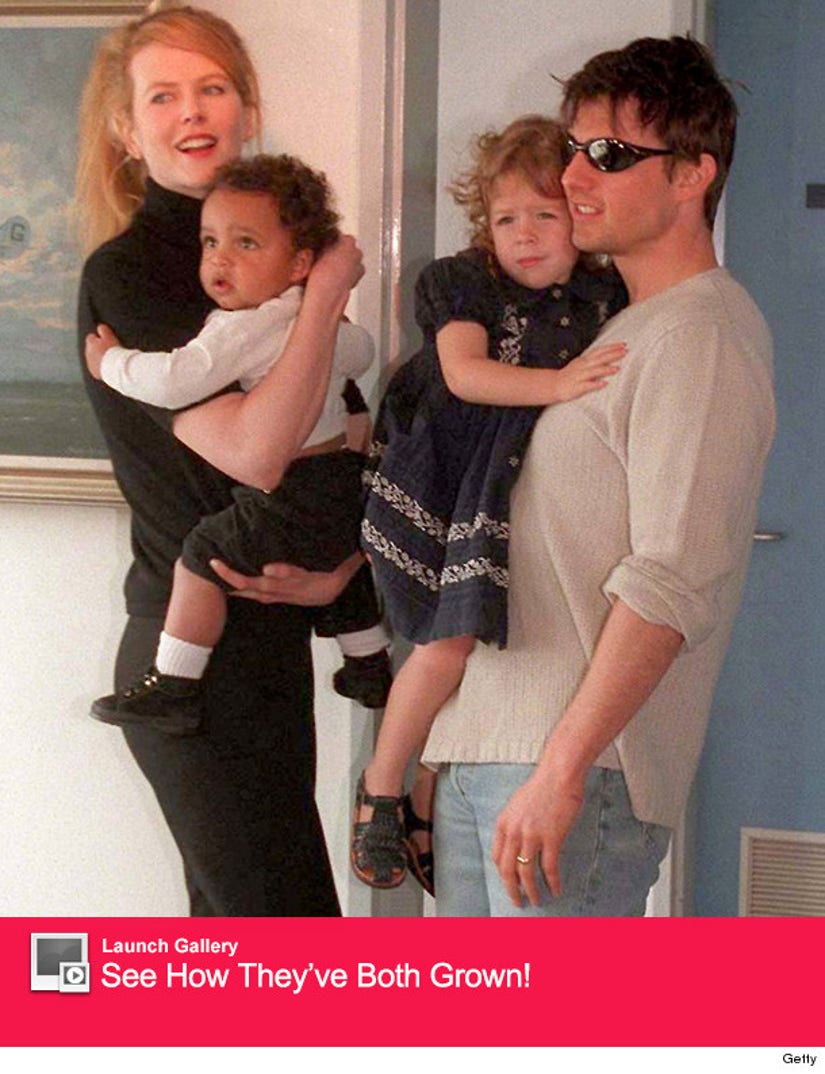 Nicole Kidman's relationship with her two children with Tom Cruise has always a mysterious one.

She rarely talks about them or her relationship with Tom and refuses to field questions about Scientology -- but, in a new interview with DuJour, she makes a reference to both Connor and Isabella.

"I have four children, so to stay in touch with them is very important," she tells the publication when asked about her relationship with technology and the Internet.

"I'm definitely engaged in it but I don't let it rule my life," she continues. "My husband and I never text each other. We never do. Once in a blue moon, we'll text. But mainly we say, 'I want to hear your voice.' That's very unusual but we've been together for 10 years. We started like that and we haven't changed it. We don't email each other either. So it's about trying to keep it as intimate and personal as possible."

Yes, she talks about them so little, that this qualifies as news. She hasn't been photographed in public with either of the kids since 2007.

In the past, Connor has spoken out about his mother, telling Woman's Day last year, "I love my [mom]. I don't care what people say, I know that me and [Mom] are solid. I love her a lot. My family means everything. Yeah, I love my music, but the family comes before everything else."

Connor and his sister were adopted by Tom and Nicole while they were married.The famous couple split in 2001.