Ryan Gosling's back on the big screen ... and he's got some sexy costars.

The actor appears in the just-released trailer for "The Big Short," where he stars alongside Brad Pitt, Christian Bale and Steve Carell.

The movie -- adapted from Michael Lewis' 2012 book by the same name -- tells the story of a few calculated men who capitalized on the housing and credit bubble, before it imploded in the early 2000s. The consequential economic meltdown created one of the largest recessions in U.S. history.

In the clip, Michael Burry (played by Bale) discovers that the then-booming housing market is being built on faulty loans. That's when Ben Hockett (Pitt), Greg Lippmann (Gosling) and Steve Eisman (Carell) cultivate one extremely lucrative plan to work the system.

We can't wait to see the boys in action -- and their awesome makeovers -- when "The Big Short" hits theaters December 25!

What do you think about Gosling's new role? Tell toofab in the comment section below and check out the gallery to see more movie transformations! 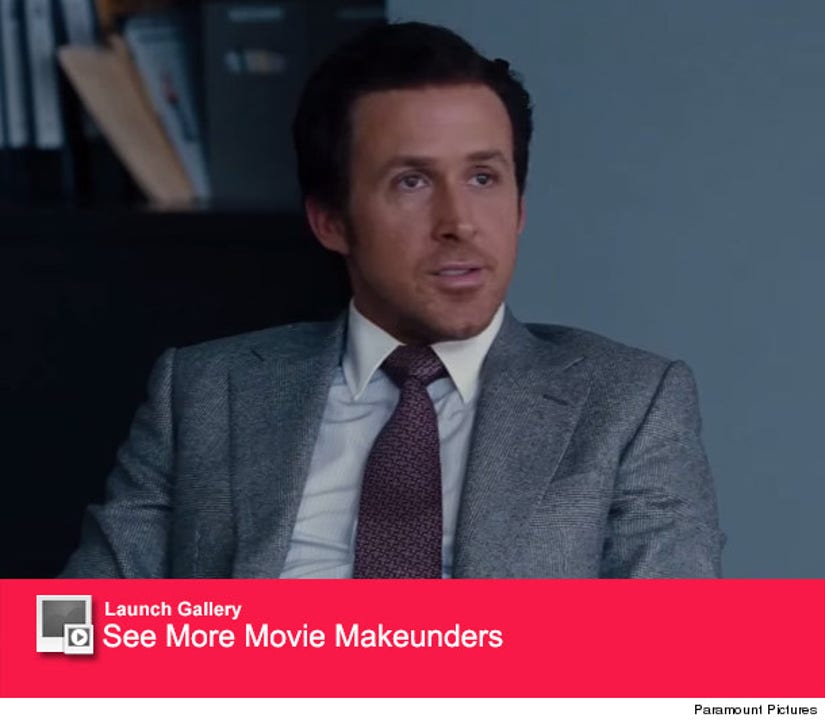