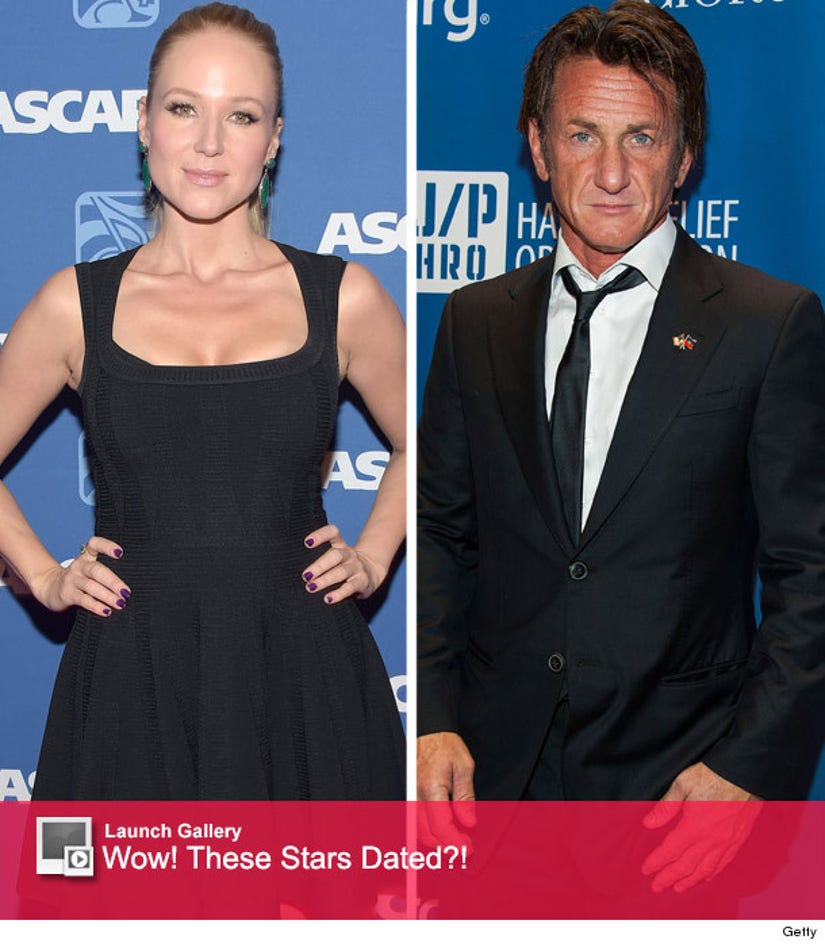 Who knew these two were a thing?!

In her new memoir, "Never Broken," Jewel reveals she and Sean Penn were an item back in the mid-'90s, when he was on a break with future-wife Robin Wright.

The actor contacted her after watching her perform on Conan O'Brien's show in 1995.

"My dad was building another cabin ... there was electricity and a phone line," Kilcher reveals of the day Penn made first contact. "One day my dad came to find me, saying, 'Jewel, you must be getting some kooky fans out there in the Lower 48. Some guy just prank-called and said he was Sean Penn.' 'No s**t,' I said, chuckling. 'What did you do?' 'I hung up on the weirdo,' my dad said."

Turns out, it was really him though -- and, after he called again, Penn revealed he wanted her to compose a song for his film “The Crossing Guard."

She did and the two became closer and closer.

"We spoke on the phone a lot and he was a fantastic flirt and I did not mind one bit," she says. "But I intended to give him no such conquest. I put that man through his paces and he took it in stride. He began to court me in earnest, following me around on tour, acting as my de facto roadie."

"I moved very slowly with him but he was a persistent and inventive suitor, and I enjoyed it immensely," she continues, adding that he was a big fan of her music.

Jewel says she kept the relationship on the DL because she wanted to become famous for her music, not her personal life. "I was determined not to be 'discovered' because I was dating someone in the public eye," she explains.

"I enjoyed Sean and would eventually fall in love, but I did not go around holding hands or trying to be seen or noticed," Jewel continues.

They did a really good job keeping a low profile, even while attending the Venice Film Festival together in 1998 -- there are barely any photos of them together anywhere online.

"Sean seemed to think I was talented and smart, which was nice, because no one had ever told me I was smart before," adds Jewel.

The relationship eventually fizzled out though and Penn rekindled his romance with Robin Wright shortly after. The two tied the knot in 1996.