Selena Gomez just released one of her hottest videos ever!

The singer dropped her new music video for "Same Old Love" on Tuesday. In the sexy clip, the 23-year-old shows off her curves in a plunging black dress, her hair perfectly styled in big curls.

The video opens up with Gomez getting into a car, and during her ride she sees several strangers dealing with various forms of happiness and heartache.

After witnessing the effects of love, some good and some bad, Selena finally makes it to her concert where she stuns in the sexy black number and performs the catchy single.

While we're loving the former Disney star's new song (and sultry video), we can't help but wonder if the track is about her ex, Justin Bieber. 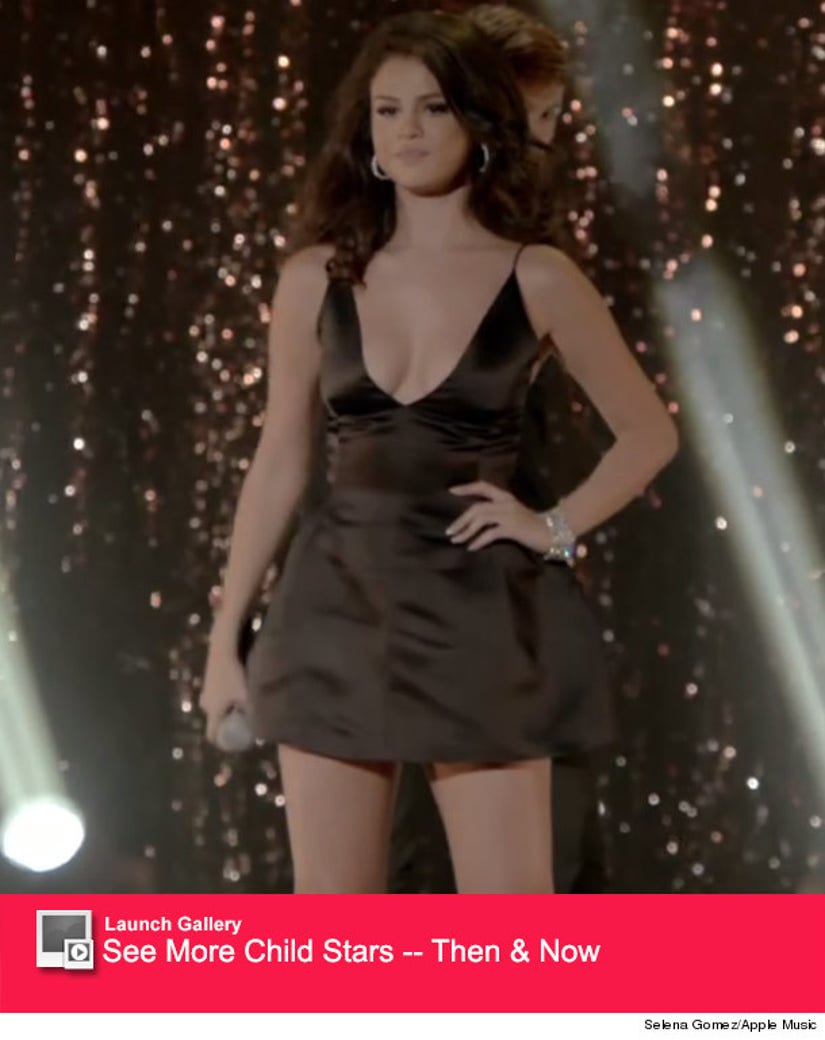 With lyrics like, "Take away your things and go/You can't take back what you said, I know/I've heard it all before, at least a million times/I'm not one to forget, you know," and "I'm so sick of that same old love, that sh-t, it tears me up," it definitely sounds like she drew some inspiration from the duo's on-and-off-again relationship.

Gomez recently opened up about her time with the "What Do You Mean" singer in the October issue of Elle magazine, where she confessed that she'll always care about the pop star.

"I'll forever support him and love him in a way that.... We grew up together," she told the mag. "I think people want it to be different."

What do you think of Selena's new music video for "Same Old Love"? Sound off below and check out the gallery above to see more child stars then and now!