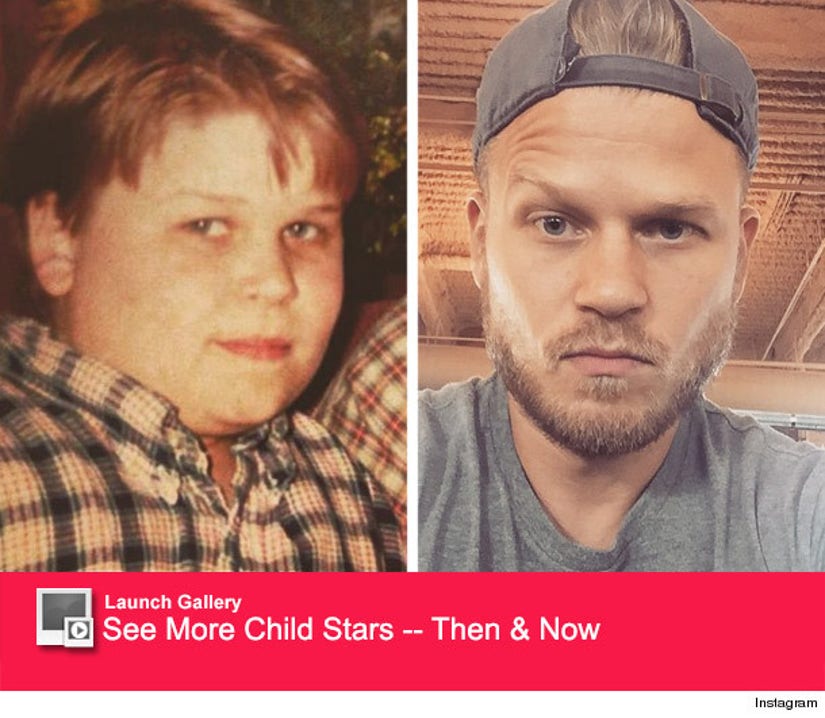 It's hard to believe it's been over 20 years since we had "the best damn summer of our lives," thanks to "Heavyweights."

To celebrate the movie's big milestone, Huffington Post tracked down Aaron Schwartz -- and wow, does he look different!

The now-34-year-old actor, who played Gerry in the funny flick and Karp in "Mighty Ducks," stepped away from acting as a teen but has since made his return to the big screen.

"I did 'Pete & Pete' after 'Heavyweights.' I was working since the time I was 10 until I was 16. It got to the point where I was like, 'I need a break. I need to visit family out in Israel and relax,' and it turned into 10 years," he told the outlet. "So when I got back into it, I did 'Guiding Light,' which was a soap opera just recently canceled. I did 'Gossip Girl' for about 4 seasons. More recently, I'm going to be doing an indie film, a little sci-fi indie film that's in New Mexico." 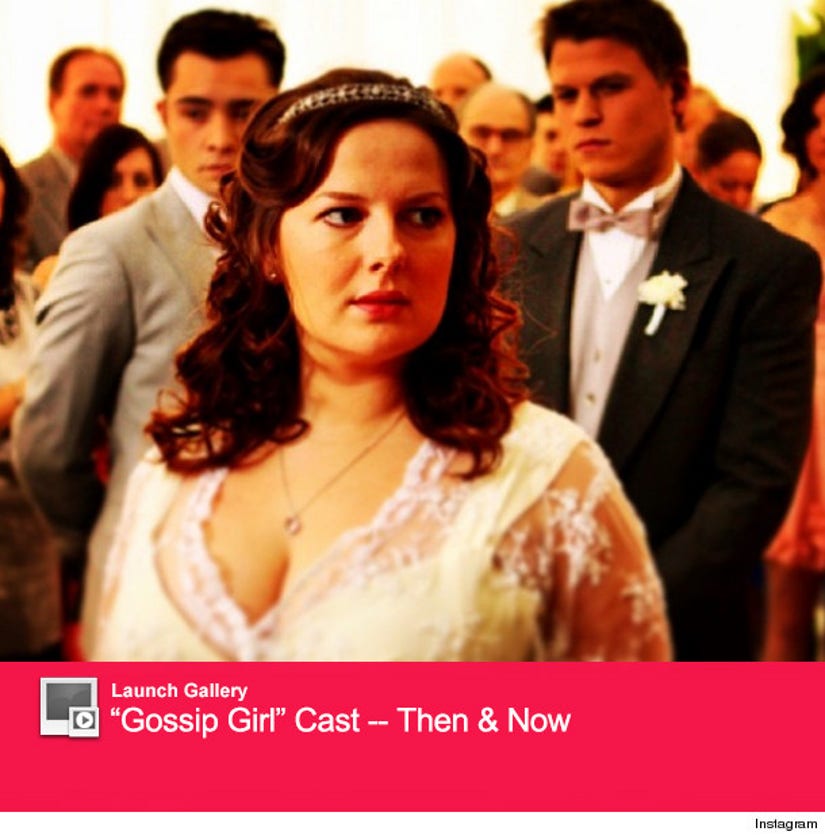 If you're a fan of "Heavyweights," you were probably envious of anyone who got to play on The Blog. Unfortunately, Aaron never got to take a turn!

"I never got to go on The Blob. I broke my arm on the set of 'Heavyweights,'" he revealed. "There was the big food fight scene ... I was running up a hill, and it was a big long shot, like the camera was way back ... and I just busted my ass. Landed right on my arm. Fractured my arm. It hurt like a bitch. Couldn't do anything, so they never let me go on The Blob."

Not only did he miss out on The Blob, but he actually had a stand-in for the high-action scenes.

"There's a scene in the food fight where it's like this slow-motion montage ... and there's a scene with me jumping up and down with s**t all over my face, and it's not me," he admitted. "It's this kid who looked exactly like me." 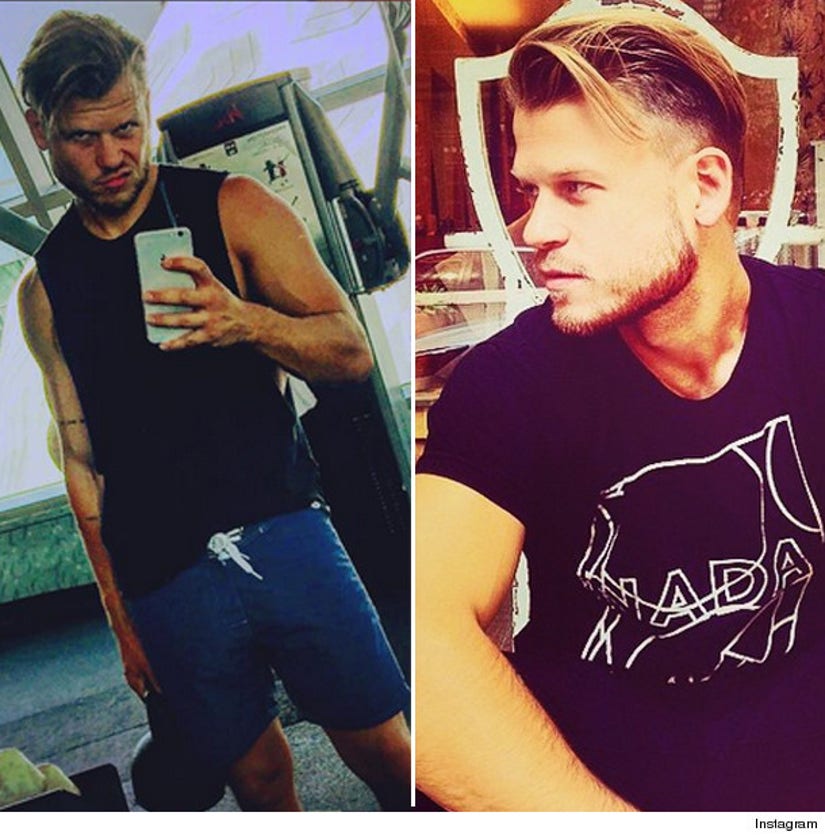 While he was famous for his roles as a "chunky" kid, he certainly isn't chunky anymore. In fact, if you check out his Instagram, the actor is all about fitness now. He looks so different that he rarely gets recognized.

"My girlfriend is also an actress, and she had a red carpet event, and the first time I was recognized in years was at this red carpet. Some guy was like, 'Aaron Schwartz?' And I was like, 'Whhaaat?' he recalled. "I was there to support my girlfriend, everybody is taking pictures of her, and I was like, 'What the hell is going on?' And he goes, 'Were you Karp in 'The Mighty Ducks'"? My girlfriend was blown away. She was having a blast." 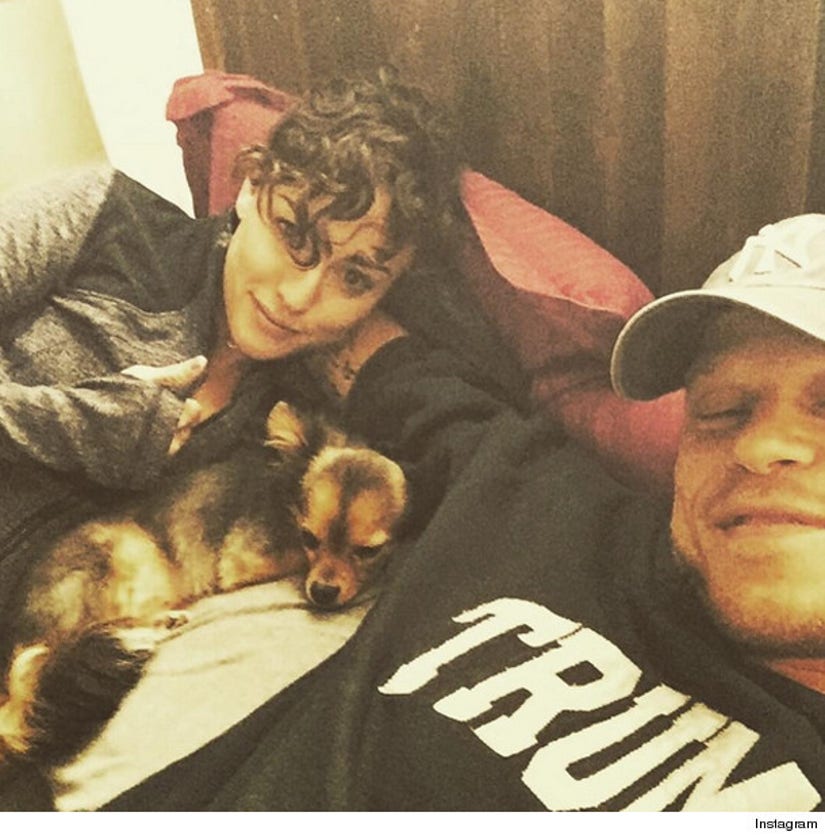 Aaron also revealed that he has stayed in touch with his fellow Ducks.

"I actually talked to Shaun Weiss. He played the goalie in 'Mighty Ducks.' He lives out in L.A. ... We just had a little 'Mighty Ducks' reunion last year, so I saw everybody," he said.

Check out all the photos from the reunion below! 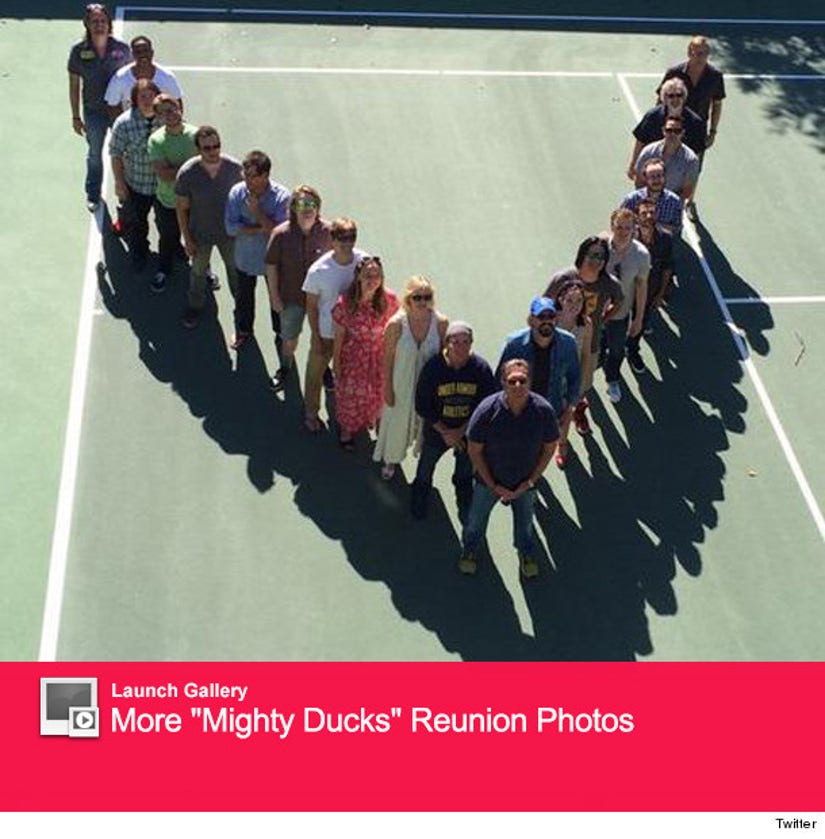