Tell us how you really feel, Tim Gunn!

The "Project Runway" mentor appears on "The Meredith Vieira Show" on Wednesday, where he doesn't hold back when he's asked about his rocky relationship with Anna Wintour and Heidi Klum's bad fashion.

When the talk show host asks him about the Vogue editor-in-chief, Tim is quick to admit that he's often offended by her "bad behavior."

"The most benign of all the experiences I've had with her had to do with a question that I was asked by the New York Post and the question was the following, 'What is the most unforgettable moment you've ever seen in fashion?' Very matter of fact question and very matter of fact response and it was, 'Watching Anna Wintour being carried down 5 flights of stairs from a fashion show,'" he recalls.

Wintour was not pleased about his response -- and she called him on it!

"Her office called my office the next day and demanded a retraction and I said, 'But its true, it happened.' I mean I didn't make this up and they still demanded a retraction and I said no," he admits. "There were many calls back and forth and finally, there was a call during which her Director of Communications said, 'I'll have you know Ms. Wintour knows how to work a Manolo.'" 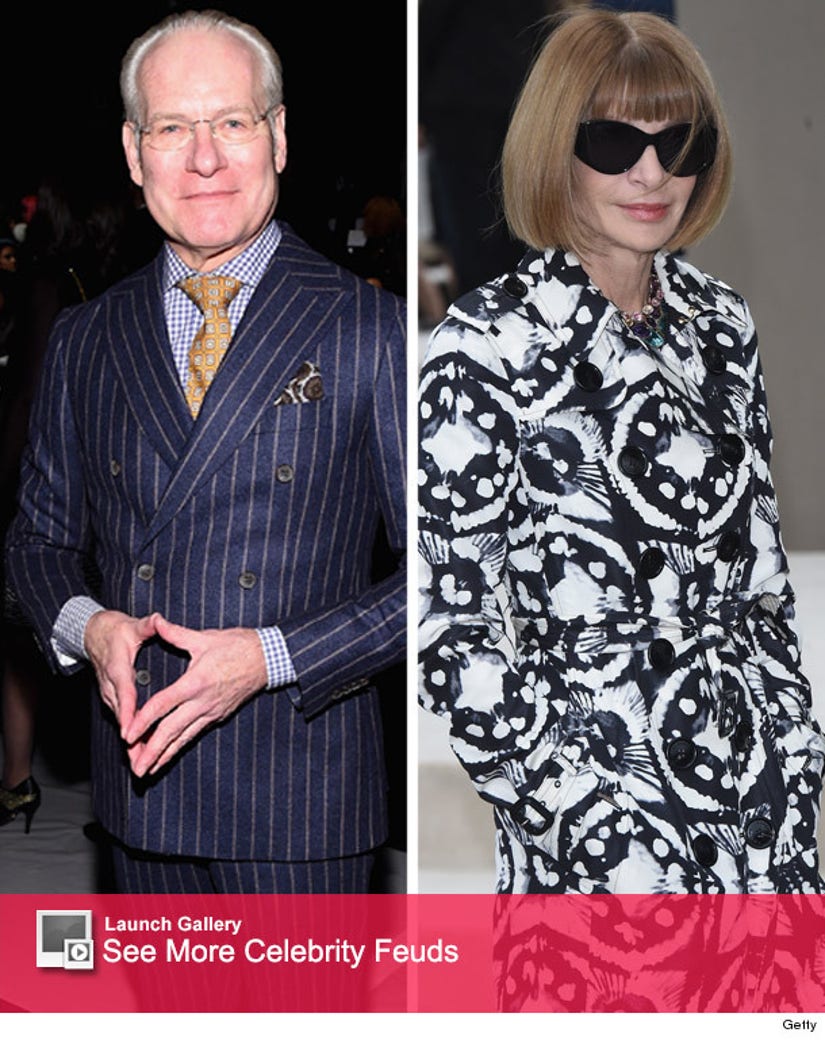 Not only did Tim refuse to retract his comments, but he still stands by them. "I said it wasn't a matter of not being able to down the stairs to descent, it was a matter of speed," he says. "She had two bodyguards, who made a firemen's lock, she sat in it. They wooshed her down these stairs and put her right into her car to get to another fashion show because this fashion show as in the fifth floor of the Metropolitan Pavilion. They had to move her fast."

And he doesn't stop there -- Gunn offers his unsavory opinion of Vogue and even says he doesn't want to bury the hatchet.

"May I say this though, there is so much that happens at that unique publication that is so of another world and another planet," he declares. "I'm happy to have a bad relationship with it because I wouldn't want to have a good one."

We'll have to wait and see if Anna is going to respond to this one!

Later in the show, Meredith asks Tim for his honest opinion about Klum's wild ﻿dress at the 2015 Emmy Awards (For the record, the supermodel was one of our worst dressed picks).

"I always maintain Heidi could wear a garbage bag and look fantastic, well I stand corrected," Gunn says of his "Project Runway" costar. "How did this happen? For me, it looks like a design that is trying too hard because I notice the dress before I even notice whose wearing it. We all know she must have had an entire rack of dozens of garments she could have chosen. I do have a theory at least about what she was thinking, and it's the following, 'I didn't want to be boring.'" 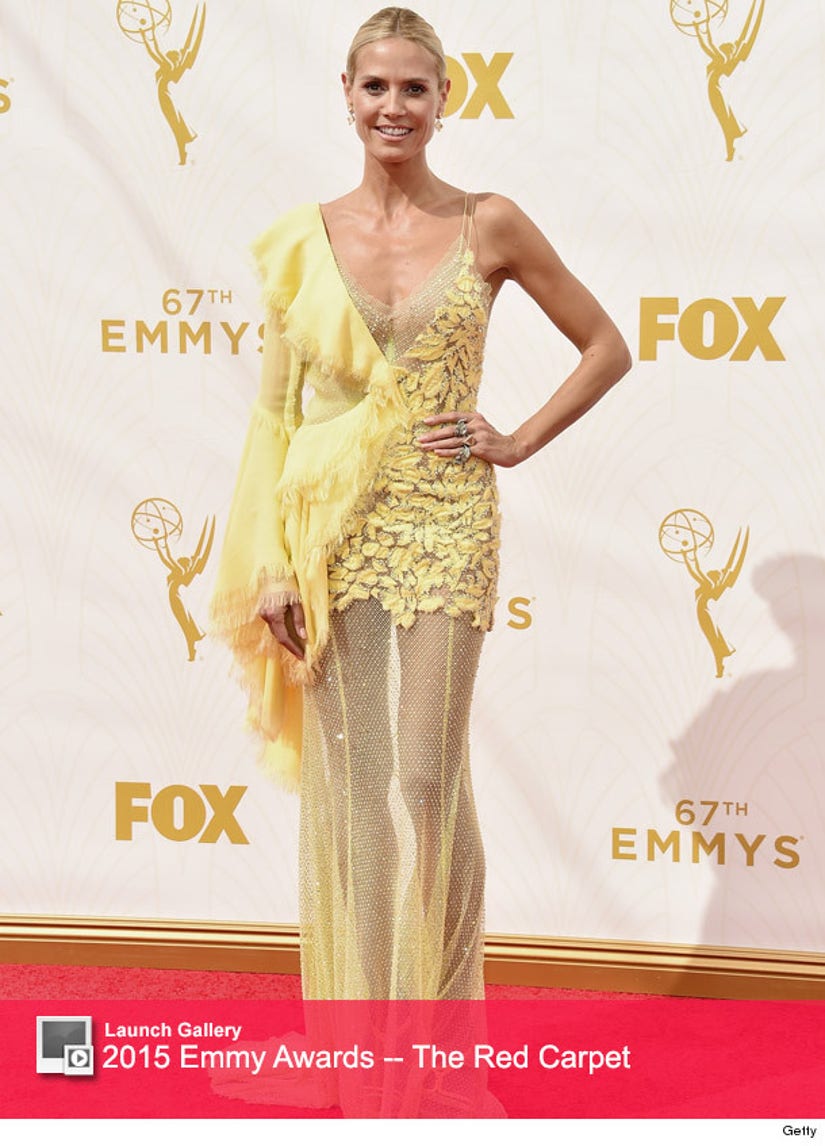 He adds, "Well boring she wasn't but there is a huge fashion arena between boring and a float in a parade."

We have to agree with Tim on this one -- for more from Gunn, watch the episode today.