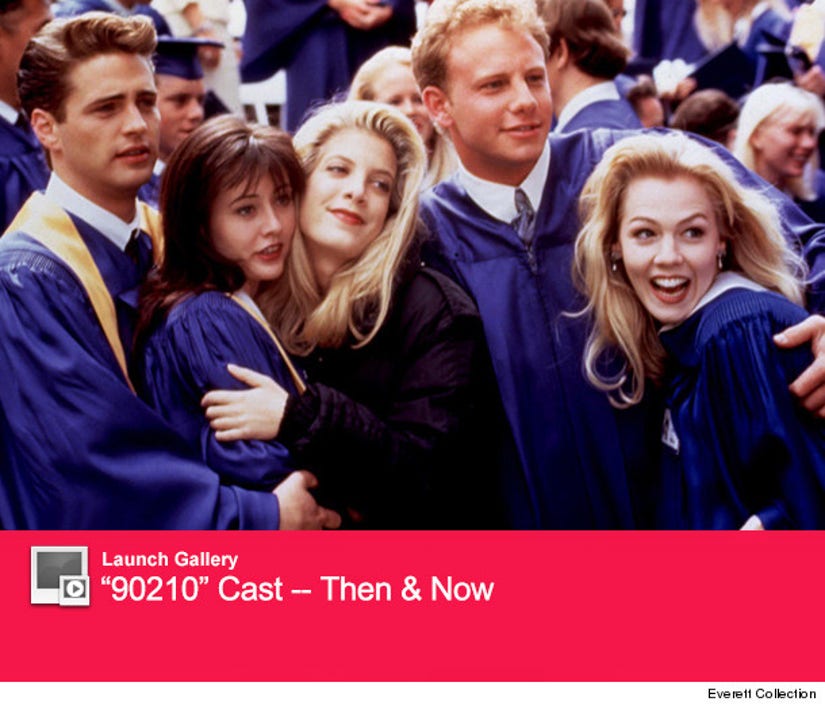 One of Tori Spelling's former "Beverly Hills, 90210" costars isn't too thrilled with with her spilling the details of their alleged hook up.

On Saturday night, the actress-turned-reality TV star revealed that she and Jason Priestley had sex back in the day during a summer romance.

"It was a summer fling. It was off-set," Spelling confessed. "It was our version of a summer romance. The '90210' version. And that was it, and we stayed great friends."

Click here to see the rest of Tori Spelling's revelations -- including who else she hooked up with and what she has to say about rumors she and Dean faked their affair for a reality show!

When asked by a fan if Tori was telling the truth, Priestley took to Twitter.

"I'm not getting into this... It's nobody's business... Either way," he responded.

"I'm only speaking with negativity about the Lifetime movie and Tori's lie detector... Nothing but love for 90210," he added, when someone else asked why he was dissing the show on social media.

"I'm actually feeling a little nostalgic today... That show was quite an experience... I owe it a lot," he also added, as the show celebrated its 25th anniversary on Sunday.

He also revealed that, despite the cast kicking Shannen Doherty off the show, the two are close now.

"Shannen and I will always be friends... Been through too much together," he revealed.

And speaking of Shannen, she wasn't too thrilled with Lifetime's film either -- tweeting out, "'Unauthorized' is the same as following someone who pretends to be someone else. In other words, bulls**t."