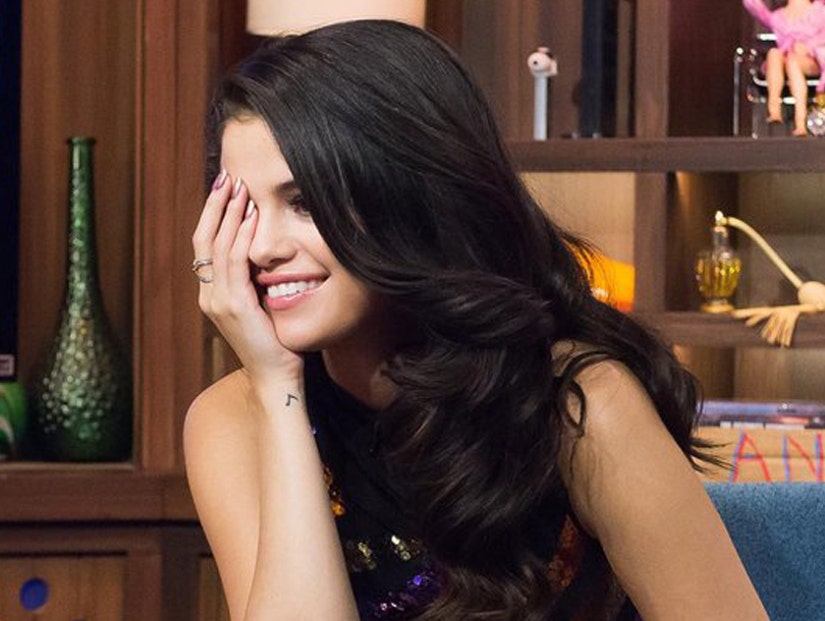 Selena Gomez is spilling all of her secrets ... well, almost.

The "Same Old Love" singer stopped by "Watch What Happens Live" on Sunday, where she was put in the hot seat during a round of Plead the Fifth.

Andy Cohen asked her to "put the rumors to rest once and for all" by confirming or denying longstanding rumors that BFF Taylor Swift's single "Bad Blood" is actually about Katy Perry.

Keeping true to her friendship with T. Swift, Gomez opted out of that question, leaving two more chances for the host to get some dirt.

Up next, Cohen asked if Selena's friendship with Swift drove a wedge between her "on-again, off-again" friend Demi Lovato. Gomez quickly denied it, saying, "You're kids, you know what I mean? You grow up together."

Later in the show, the brunette beauty was asked about her celebrity crush. Check out the clip below to see which sexy superhero she has her eyes on!