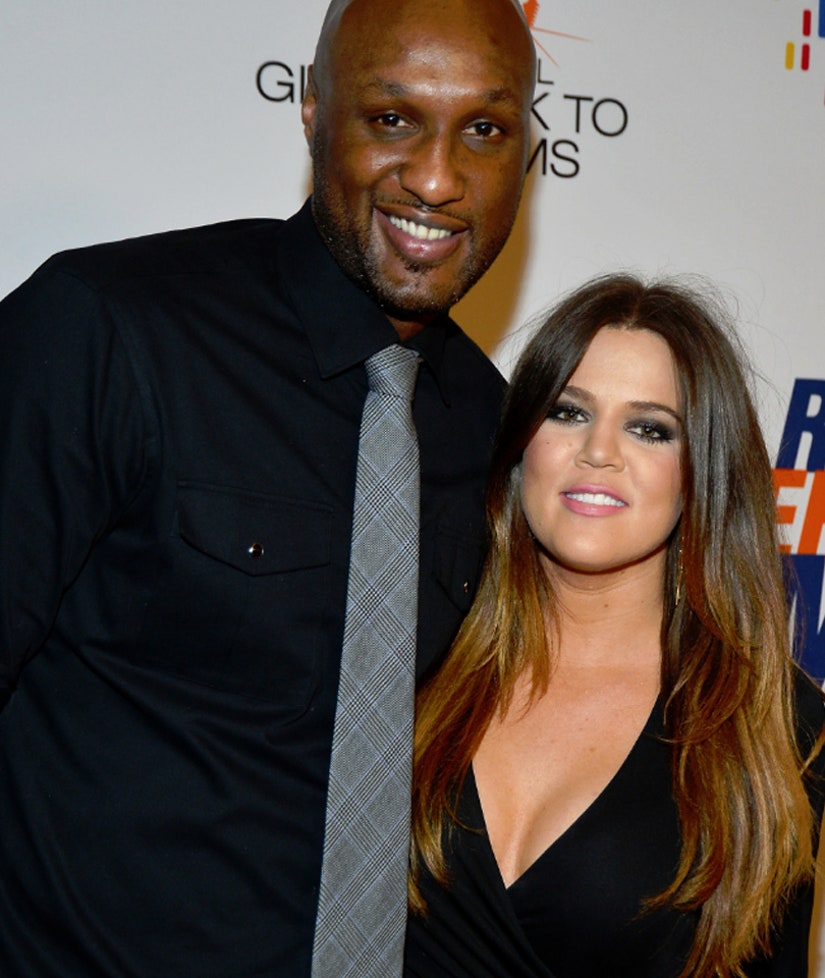 Lamar Odom's always had a lot of love for Khloe Kardashian.

The former NBA star confessed his feelings for the reality star to InTouch magazine, just days before he was found unconscious in a Las Vegas brothel.

"Me and Khloé always talk," he told the mag just one week before his health crisis. "We're always in touch even when we're out of touch."

"I speak to Khloé indirectly every night before I go to sleep," he continued. "We'll always be connected. Khloé's my girl. Always. If we're holding hands or a thousand miles apart."

At the time, Kardashian was dating fellow NBA star James Harden. While the pair have now split -- and Khloe and Lamar have reportedly both decided to give their marriage a second go -- Lamar didn't seem too concerned about Khloe's alleged beau.

"I would never comment on another man and what he does," he said. "Me and Khloé are just me and Khloé... We'll always be connected, you know? No matter what."

The 31-year-old rushed to be by Odom's side after he was found unconscious in his Las Vegas room earlier this month. Kardashian was also in charge of making Odom's medical decisions while he was in a coma. While Lamar's condition continues to improve, she hasn't left his side since.

What do you think about Lamar's telling comments? Sound off below and check out the gallery above to see more photos of the couple through the years.