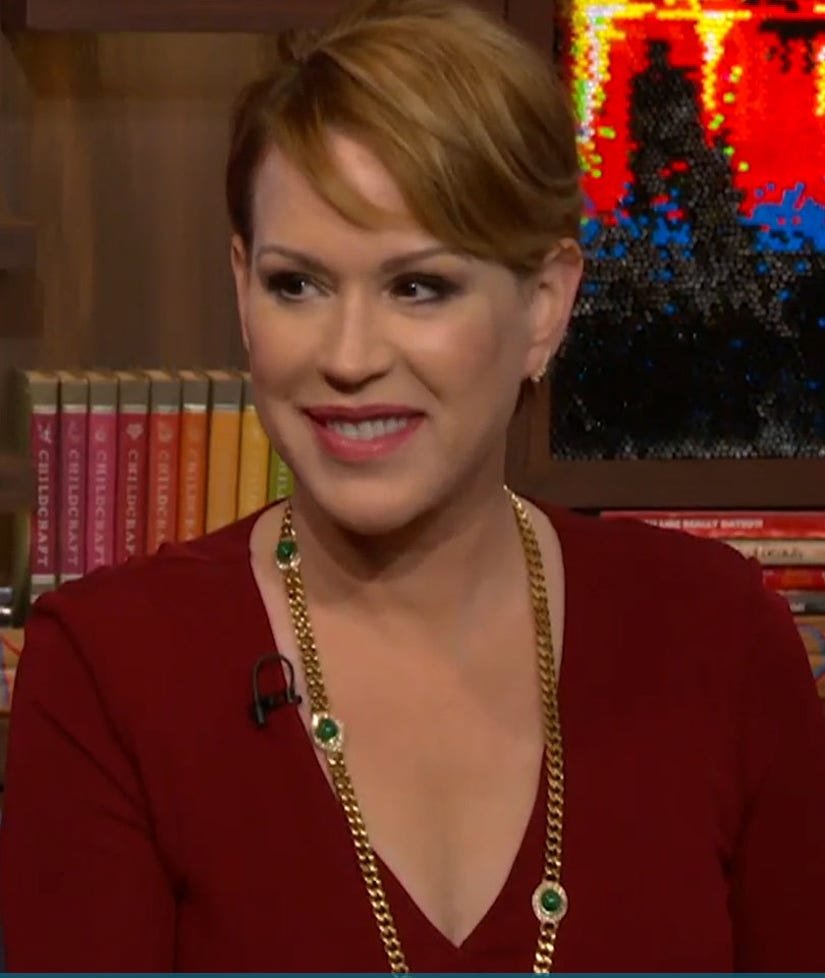 Molly Ringwald is in the hot seat!

The "Breakfast Club" star stopped by "Watch What Happens Live" on Thursday, where she played a game of Plead the Fifth with host Andy Cohen.

Check out the video below to see what she said about her "Facts of Life" and Brat Pack costars!

After using her right to remain silent for Andy's classic "Marry, Shaq, Kill" question, Molly had to answer the next two.

"On the set of 'Facts of Life' which actress was the biggest mean girl?" Andy asked the 47-year-old actress.

"At the time, I thought that Mindy Cohn wasn't very nice. But, I have met her since then and she is actually quite nice," Ringwald revealed. "She's evolved."

Andy also asked the actress about some of the allegations her "Pretty in Pink" costar, Jon Cryer, made about her and fellow cast member Andrew McCarthy in his memoir ... where he revealed that they weren't very nice to him on the set and believed that they found him "annoying."

"I didn't find him annoying at all!" she said.

Cohen then asked if she was surprised that he wrote that in the book. "I was totally surprised" she revealed.

"Well, not totally surprised," she clarified. "Sometimes as actors, when somebody has to do something you sort of provoke them off camera ... so I think that we did that one time when he was supposed to be mad, and maybe he thought that was really what we thought."

It definitely sounds like Molly has moved past all the drama -- what do you think about the actress' candid comments? Sound off below and check out the gallery above to see more ladies form the '80s today!