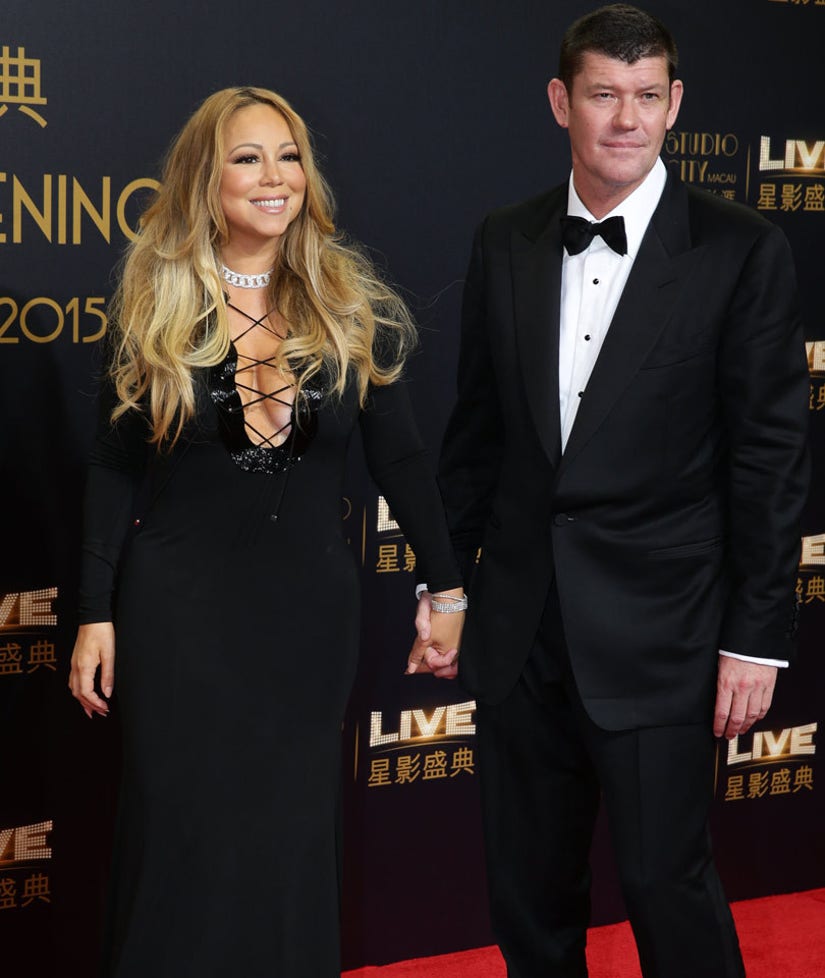 Mariah Carey and James Packer are still in the honeymoon phase!

The pop star, 45, and her billionaire boyfriend, 48, cozied up to each other on the red carpet at the grand opening of his new Studio City casino in Macau, China on Tuesday.

The "Emotions" singer stunned in a plunging black gown with crisscrossed ties across her cleavage as the Australian businessman looked dapper in a black tuxedo.

We haven't seen these two at a public event since they made their red carpet debut at "The Intern" premiere last month -- so this was a real treat!

Mariah and James were attached at the hip all summer, packing on the PDA in Las Vegas, Sardinia, Ibiza and Israel. They even brought Carey's twins, Moroccan and Monroe, along on their adventures. 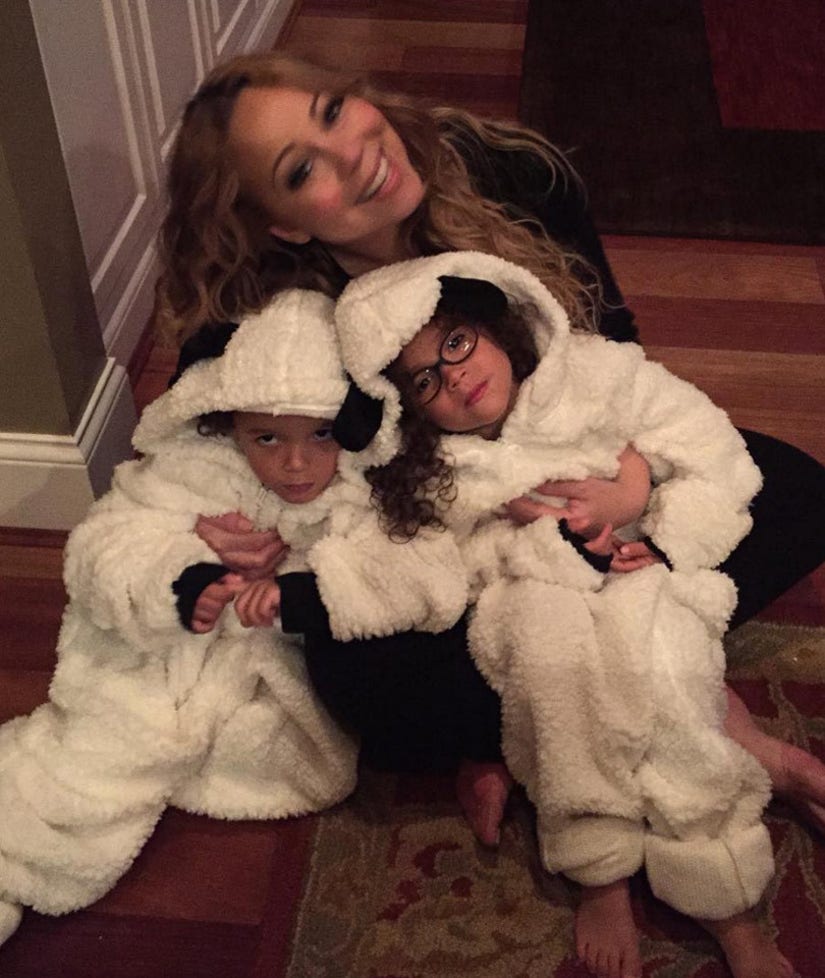 Speaking of the kiddos, their proud mama took to Instagram to give us a hint about their Halloween costumes.

In the pic, Dem Babies were dressed as lambs -- what Mimi's fans call themselves -- while sporting fuzzy white onesies as they cuddled up for a sweet snapshot.

Check back with toofab to see all of the stars in their costumes!