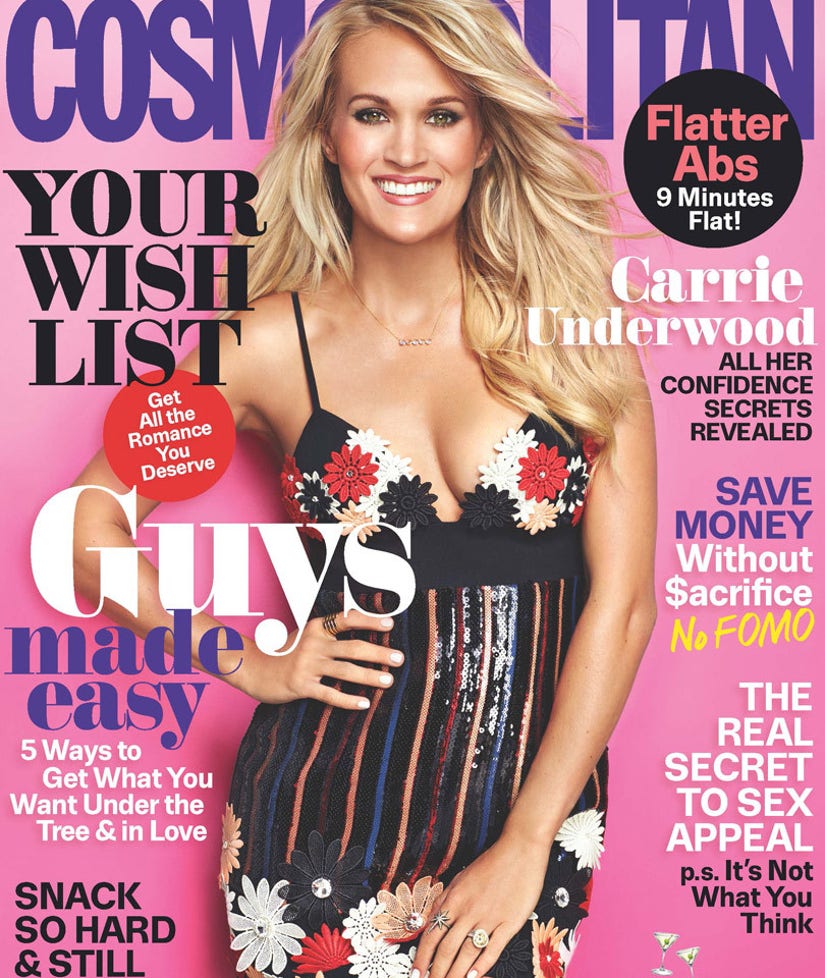 Carrie Underwood's marriage is going strong ... despite all the recent divorces in Hollywood.

The "Smoke Break" singer covers the December issue of Cosmopolitan, where she shows off her hot post-baby bod wearing a sexy floral-printed mini.

In the article, Underwood opens up about her marriage to hockey stud Mike Fisher, being a woman in country music and her public persona.

While fellow music stars Blake Shelton and Miranda Lambert, Jake Owen, Gwen Stefani and Gavin Rossdale followed the celebrity divorce trend this summer -- and ended each of their marriages -- Carrie says she and her hubby are doing great.

"Everyone is getting divorced," she tells the mag. "They're dropping like flies! But we are good. It helped that we were both established before we were married. Neither one of us could be like, 'I didn't know it would be like this!'"

The 32-year-old blonde bombshell also talks about being a woman in the predominately male genre -- revealing that women in the biz have to work a little bit harder for their success. 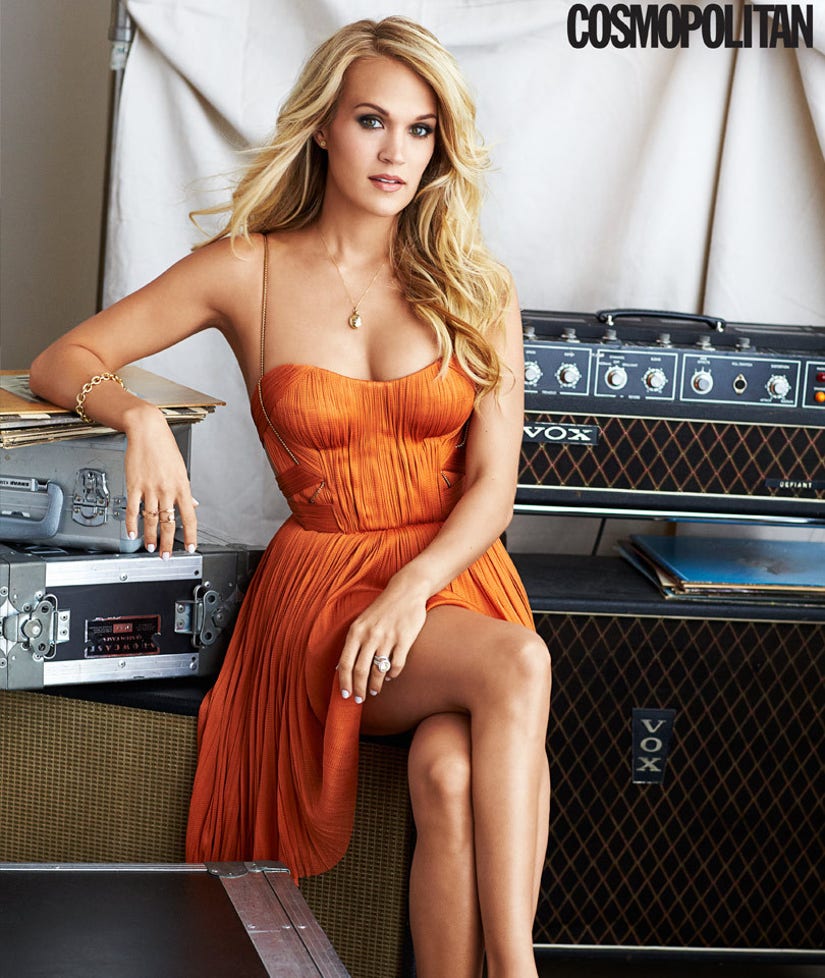 "When I go to vote for the Country Music Awards, I have to write in names—I can think of, like, three who are really active," she says. "Women have to work harder to get half the recognition. I am one of the lucky ones."

And when it comes to her music, Carrie says there are two different sides to her personality.

"When I am onstage, I am not Carrie: I am Carrie Underwood," she declares. "Obviously, I would never run off to Vegas and get drunk and marry a guy or trash some guy's car. But everybody has had somebody who's cheated on them or some jerk they dated."

What do you think about the "Before He Cheats" singer's candid comments? Sound off below and check out the gallery above to see more sexy country stars!