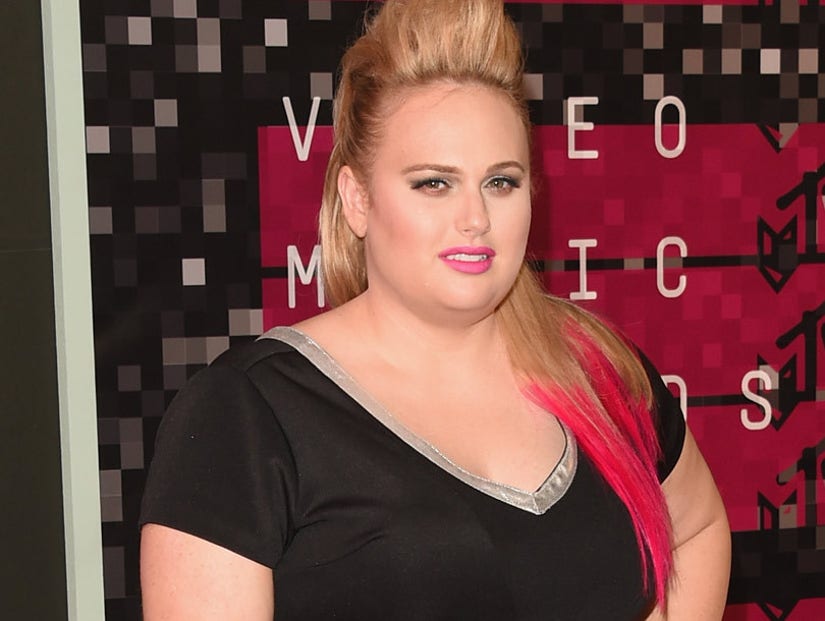 Rebel Wilson just went in on the Kardashian clan -- and she definitely didn't hold back!

The "Pitch Perfect" star called into The Kyle and Jackie O Show in Australia today, where she was asked if she'd ever appear on "Keeping Up with the Kardashians," if the invitation ever presented itself. She flat out said "No," before launching into a rant slamming the family as a whole.

"I got asked to present with Kendall and Kylie at the recent MTV VMAs and I said, 'No, I'll do it myself,'" Rebel revealed.

"Not that you hate any of them individually, but there's something, what they stand for is totally against what I stand for," she continued. "They seem a bit superficial and their career is not really based on talent."

"I know they're super popular, but I'm all about personality and working hard to get to where I am," Wilson added. "You know, how Kim Kardashian got famous from the sex tape and I mean I just went to acting school and worked really hard."

The reality TV stars have always been an easy target for criticism. Just last month, Amber Rose called Kim out on her sex tape as well.

"'I said [to Khloé Kardashian], 'Your sister [Kylie Jenner] has a career because your other sister [Kim Kardashian] made a sex tape and put the whole family on,'" she told GQ of her feud with the famous family, recapping the fight. "I think it's f**king awesome that she did a sex tape and made millions of dollars for her family. But let's not forget where we came from. Because I didn't."

Amy Schumer also targeted the crew when she hosted SNL in October, talking about the types of role models young women have these days.

"All they have, literally, is the Kardashians," Schumer joked. "Is that a great message for little girls? A whole family of women who take the faces they were born with as like, a light suggestion. We used to have Khloe. Khloe was ours, right? Whenever there's a group of women, you identify with one of them, right? But Khloe, she lost half her body weight. She lost a Kendall, and we have nothing."

Do you think Rebel was out of line with her comments ... or on point? Sound off below!