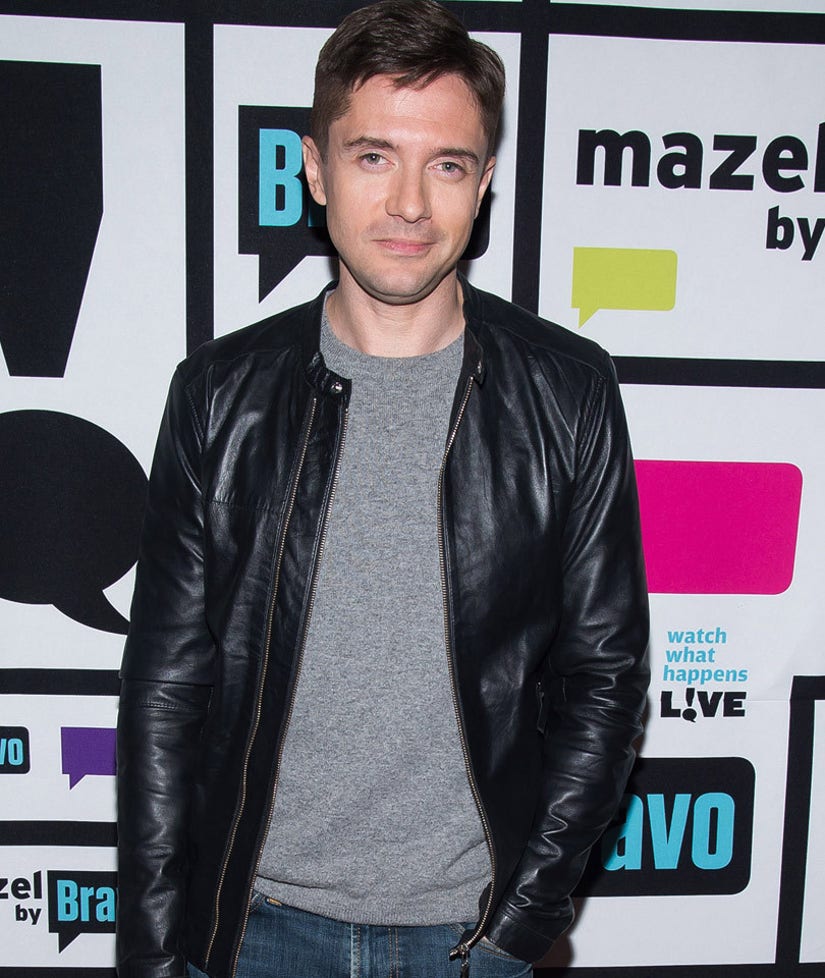 Topher Grace loves that Mila Kunis and Ashton Kutcher finally ended up together!

The "That '70s Show" alum stopped by "Watch What Happens Live" on Tuesday, where he opened up about his costars' marriage.

It sounds like Grace didn't see any signs that these two would be married (with a baby, no less) when they all worked together on the show, but he couldn't be more thrilled about their relationship.

"Because no...I mean, we were all buddies, but it's so great," he added. "It's like two of your best friends from high school met years after high school and got together."

Kunis even revealed last year that Kutcher -- who played her high school sweetheart on the show -- was her very first kiss!

"My first real kiss ever was with him on the show," she said during an interview with W Magazine in 2014. "And when That '70s Show had a prom, my date for the prom turned out to be my fiancé. We can honestly say that we went to prom together! Although I do think that in that episode I went home with someone else. We don't talk about that part."

Later on "WWHL," a caller asked Grace if Ashton was "cooler" while he was with Demi or now with Mila. Topher played it cool though, and gave a pretty safe answer.

"He's always been a really cool guy," the "Take Me Home Tonight" actor confessed. "We started acting together on the same day. He'd never acted, I'd never acted. So to know someone that well and grow up with them, it's great. So he's always been cool. I legitimately mean that."

What do you think about the actor's candid comments? Sound off below and check out the gallery above to see more "That '70s Show" stars then and now!