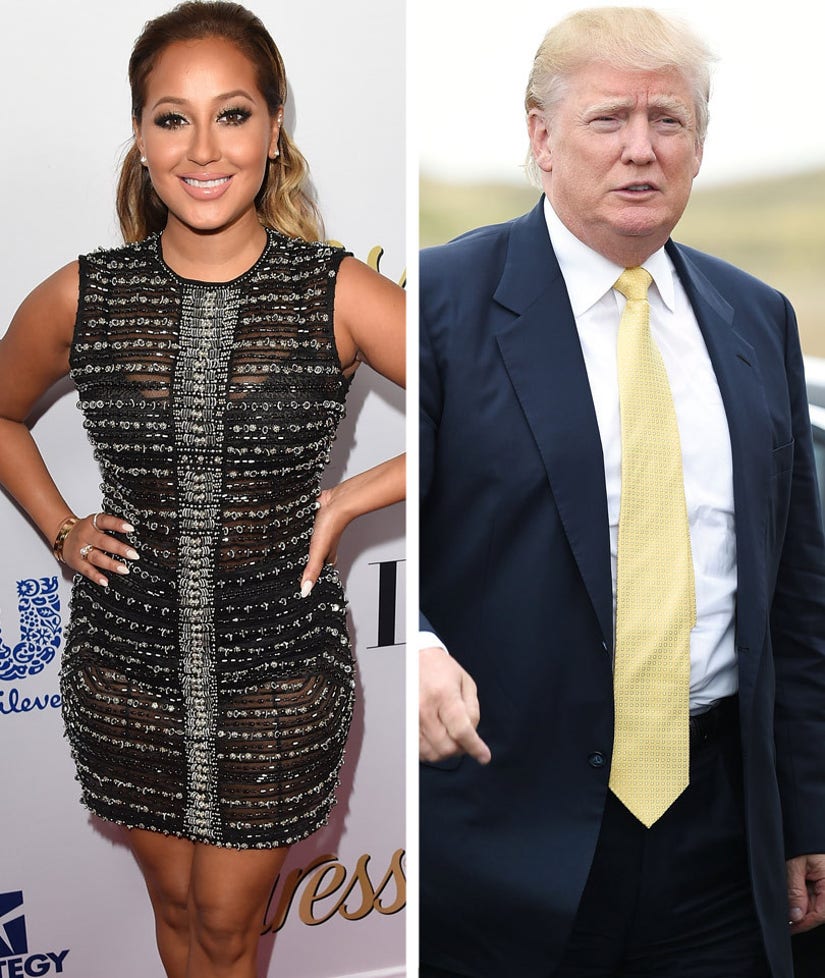 Adrienne Bailon is taking on The Donald.

On Friday's episode of "The Real," the daytime talk show sounds off on her issues with Donald Trump hosting "Saturday Night Live" this weekend.

"My issue is if we're going to be realistic here. Right? And we're going to be really honest, this is The Real," she starts in. "If I went on national television and said something like that about Caucasians... I can assure you no one would ever invite me back to SNL. I probably would not be allowed to do very much of anything. I'd probably be blacklisted."

The comments in question stem back to the Presidential candidate's attack on illegal immigrants from Mexico, who he called "criminals" and "rapists."

"I just think it's unfair that he gets to say these things, and yet we applaud him and we give him a platform that Brad Pitt is doing next week," Adrienne continued, taking "SNL" to task at the same time. "I just don't respect Donald Trump."

Check out the clip above to hear more!

It seems Bailon is not alone in her outrage over Trump's new gig.

The National Hispanic Leadership Agenda is equally-ticked at NBC for inviting Donald to host. "We are appalled that you would enable Trump's hateful speech for nothing (more) than a ratings ploy and ask that you rescind the 'SNL' invitation," the group said in a letter to NBCUniversal CEO Steve Burke and "Saturday Night Live" Executive Producer Lorne Michaels.