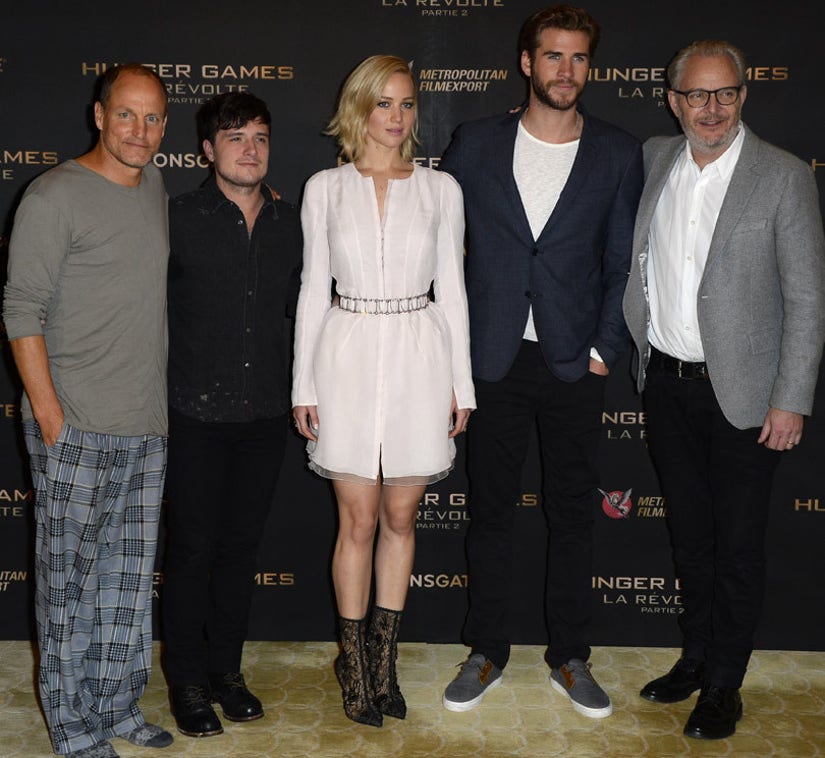 Is someone over all these promotional appearances for the final "Hunger Games" film?

Woody Harrelson pulled a very Woody Harrelson-like move on Monday in Paris during a photocall for "The Hunger Games: Mockingjay -- Part 2," showing up to the latest stop on the film's publicity tour in his pajamas and socks.

Sporting a fitted shirt, plaid sweatpants and no shoes on his feet, the actor looked a little out of place next to his more appropriately-dressed costars

Josh Hutcherson was dressed in a denim button down with black dress pants, Jennifer Lawrence looked cute in a belted white mini and lace booties and Liam Hemsworth kept it professional in a classic t-shirt, blazer and pants.

Yes, photocalls are generally a more casual affair, but the notoriously laid-back star may have taken that to the extreme here. 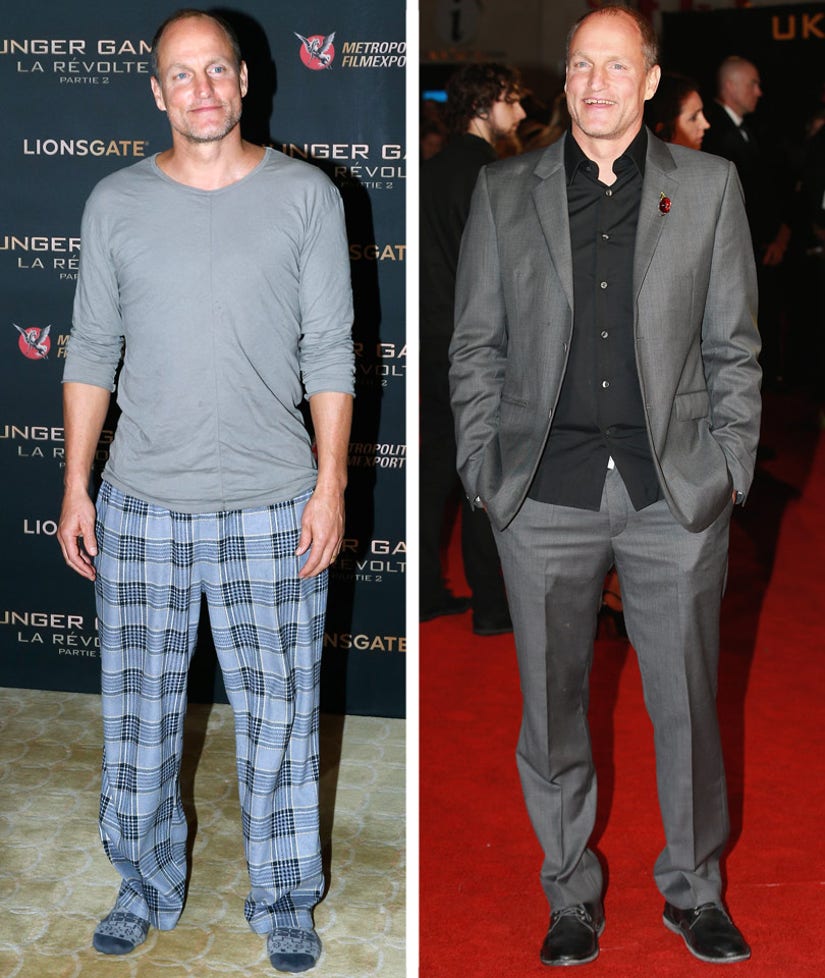 It's a far cry from the dapper look the 54 year old rocked at the film's London premiere last Thursday, where he was photographed in a dark gray suit.

That red carpet was a much bigger deal, with J-Law stepping out in a show-stopping Dior Haute Couture gown that showed off some serious side boob.

Check out more photos from that gala in the gallery above. What do you make of Woody's uber-casual look? Sound off below!